Book Review: In The House In The Dark Of The Woods by Laird Hunt 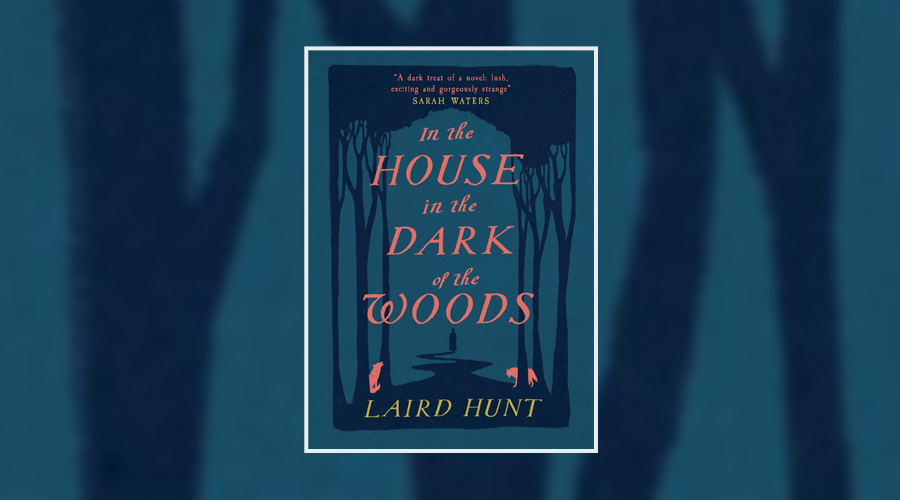 A woman walks into the woods to collect berries for her husband and son. It’s warm and she’s tired, so she decides to have a little nap. Upon awaking, she finds herself hopelessly lost. But her problems have only just begun.

As she wanders through the woods, desperate to find a way out to safety, the woman meets a variety of strange characters; some helpful, some terrifying. They set her tasks, and offer her food, shelter and friendship. They promise that if she does them one more favour, they’ll show her how to get home. The longer she is trapped though, the more she doubts that she’ll ever go home again.

To call Laird Hunt’s In The House In The Dark Of The Woods ‘a strange book’ is an understatement on a par with calling the current political situation in Britain ‘a little troubled’.

Strangeness is the novel’s raison d’être. Everything is written with the intention of keeping the reader off balance. We don’t learn where or when the action is taking place (although it seems to be Colonial New England). The protagonist receives a few different names, and they keep changing (the reason for this is revealed at the end). The pages are heavy with peculiarities; odd patterns of talking, dreams that seems realer than reality, increasingly violent, bloody acts. It won’t be to everyone’s taste, but for a while at least, the eerie, oneiric atmosphere is really rather beguiling.

In The House In The Dark Of The Woods is not a long novel, but neither is it a short story. The strangeness isn’t enough to sustain it. There’s a desperate need for more character, or a deeper thematic reach. Flashbacks tease out the abuse that our protagonist suffered at the hands of her husband, but even with this additional information, the plot remains an insurmountably slender thread. It all starts to feel like weirdness for weirdness’ sake, and that quickly becomes tiring.

Things start to pick up again in the closing chapters, where Hunt navigates his recalcitrant tale towards a chilling and largely satisfying ending. Whilst it doesn’t excuse all the creepy excess and thematic paucity, it does go a long way towards convincing the reader that they were right to keep going.

There are plenty of novels that started life as a short story. In The House In The Dark Of The Woods would have been better served going in the opposite direction – especially with that killer ending. As a full-length book however, it’s just too meandering and inconsequential to leave an impact, despite the sinister world that Hunt conjures.