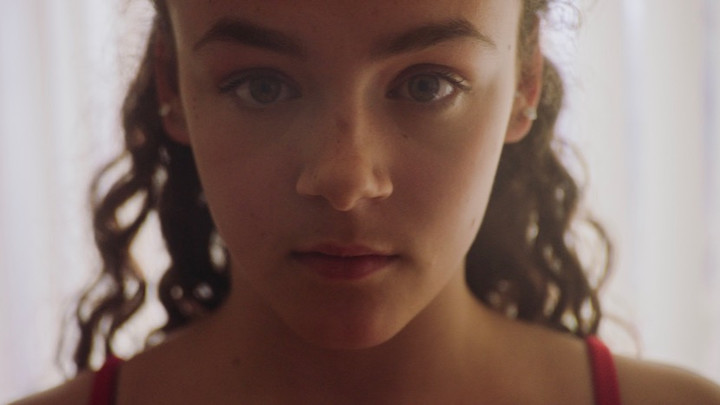 Those fleeting teenage years of precarious decisions and nerve-wracking moments, that seem to feel like forever, are so much tougher when your parents are not beside you. Perfect 10, a feature debut from Eva Riley, homes in on a young gymnast and the brother she never knew. Fractured families, distressing poverty and the harsh realities of life collide under the Brighton sun as Leigh (Frankie Box) is forced to confront her challenges at home and how it bleeds into her dreams and ambitions.

Warm sunlight hits her skin as she walks to and from the gym. The girls, with their mothers cooing and cheering them on, is all Leigh can see as she prepares herself for her routine. The coach (Sharlene Whyte) supports her, pushing her however she can, but it’s not enough: Leigh gives up. The noise and chuckling from those girls that have it all is too much and Leigh leaves her session deflated and broken. Her father (William Ash), shacked up at another woman’s house, has no money for the competition coming up. At home, it is empty. Alone, Leigh listens to her routine track again and slowly, in isolation, away from the glare of her peers and hidden in the house her Mum used to live in, she moves through the motions. This sets her free. Someone arrives, unlocking the door and making their way through. “Dad?” she asks, but a face she’s never seen before emerges. This is Joe (Alfie Deegan), her half-brother. A biker, a rogue and a cheeky chap, Joe has a chip on his shoulder too – firmly dug in by the same useless Dad who couldn’t even make time to look after his girl. 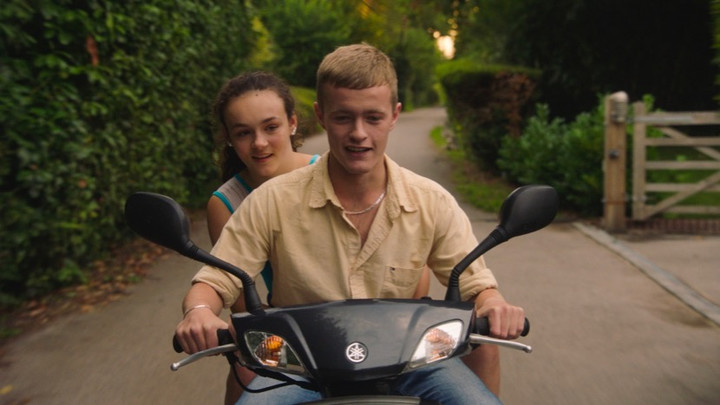 Frankie Box as Leigh, is akin to Katie Jarvis, dancing in her council flat, in Andrea Arnold’s Fishtank. Small in stature but she more than makes up for it with a tough, get-out-of-my-face attitude. This is a poignant, subtle and sensitive performance. In her long, dark and curly hair, it hides her and she literally places herself out of sight when her brother and Dad meet and chat in a morning. Alfie Deegan, in contrast, is a popular biker boy. His evenings are spent hanging with the local ruffians who zoom down the roads and hang around fires, swigging bottles of beer to while away the time. As Joe, he asserts the importance of family, reminding Leigh that she’s his “lil’ sister” at every opportunity. He protects, entertains and teaches her in his own unique manner, gently building their relationship over a week until the expectations of this gang meets her interest in gymnastics. Both actors deliver strong, engaging performances that will serve as a bold start to their careers.

Director Riley captures a memory, including the little details that can bury themselves in our mind when such moments exist. Running down a beautiful rural landscape and playing with your family. The night spent in a gymnasium when there was nowhere else to go. Perfect 10 could be dark, gritty and ugly in its subject matter. Indeed, the shocking lack of parenting by Leigh’s father and the horrendous bullying is grim to watch – but these are dialled back to make way for the little light that Joe brings to Leigh’s life. Music, dancing and young people flirting, chatting and making a racket are at the forefront and it’s infectious. You can feel how Leigh is growing up on each passing day. Tender, thoughtful and sensitively directed, Perfect 10 is an impressive turn from these two actors and a great example of a new voice in British cinema.