For a show built around characters of many shades of grey, with good and bad on both sides, it’s ironic that my first experience of The Wire was one of outright villainy.

It was one of those rosy days in my second year of university. A magical time where you could spend your weekdays – hungover from too many vodka and red bulls at the student union – with nothing else to do but sit idly in front of the television and binge series after series.

Scrolling through the endless lists of Netflix suggestions we could see the abandoned attempts at starting a new show – a neglected Walking Dead thumbnail, a Mad Men’s red progress bar standing, achingly half-full. Try as we might, nothing appealed until one housemate had an epiphany.

“I brought my boxset of The Wire back over Christmas if anyone wants to watch that?”

It had everything we needed: an interesting setting, a mixture of intrigue and violence, and a young buck by the name of Idris Elba who had just started making his name in Hollywood. The deal was sealed – we would start it that evening.

When I returned home later however, my stomach turned at the sight in front of me. The darkened room was bathed in the soft light of the opening credits. The ‘Way Down in the Hole‘ theme tune gently filling the room. Through pizza boxes and Pepsi bottles, I saw Dominic West being berated by his commanding officer.

“You started without me?”

“Relax! We only watched three episodes.”

Each time I passed through the room I couldn’t bear to look. Each time McNulty looked confused at why someone was angry with him or Lieutenant Daniels locked on with an icy glare, I was reminded of the looks of unease from my housemates as I caught them in the act. Instead of the salty sea air of the docks, I could smell betrayal fused with pizza dough and garlic dip.

It took me five years after graduating from university to try The Wire again. Five years of growing, of flings with other shows, of awkward breakups after key characters left shows through pay squabbles or movie commitments, until I returned to The Wire and thought maybe…maybe this time things will be different.

It was slow going at first; I often watch shows at a glacial pace at the best of times and The Wire can be a slow burn – a bit like the earlier seasons of Game of Thrones before the CGI budget draining battles and characters teleporting through Westeros.

But the quality of the pacing and the writing soon shone through. Each scene, no matter how short, feels like it has weight. Even seemingly innocuous office exchanges or conversations on stakeouts help you to understand each character’s motivations or traits. Whether it’s McNulty propping up the bar and complaining about administrative roadblocks or Herc and Carver debating sexual scenarios like teenagers at a sleepover, there is always something to be gained from each interaction. 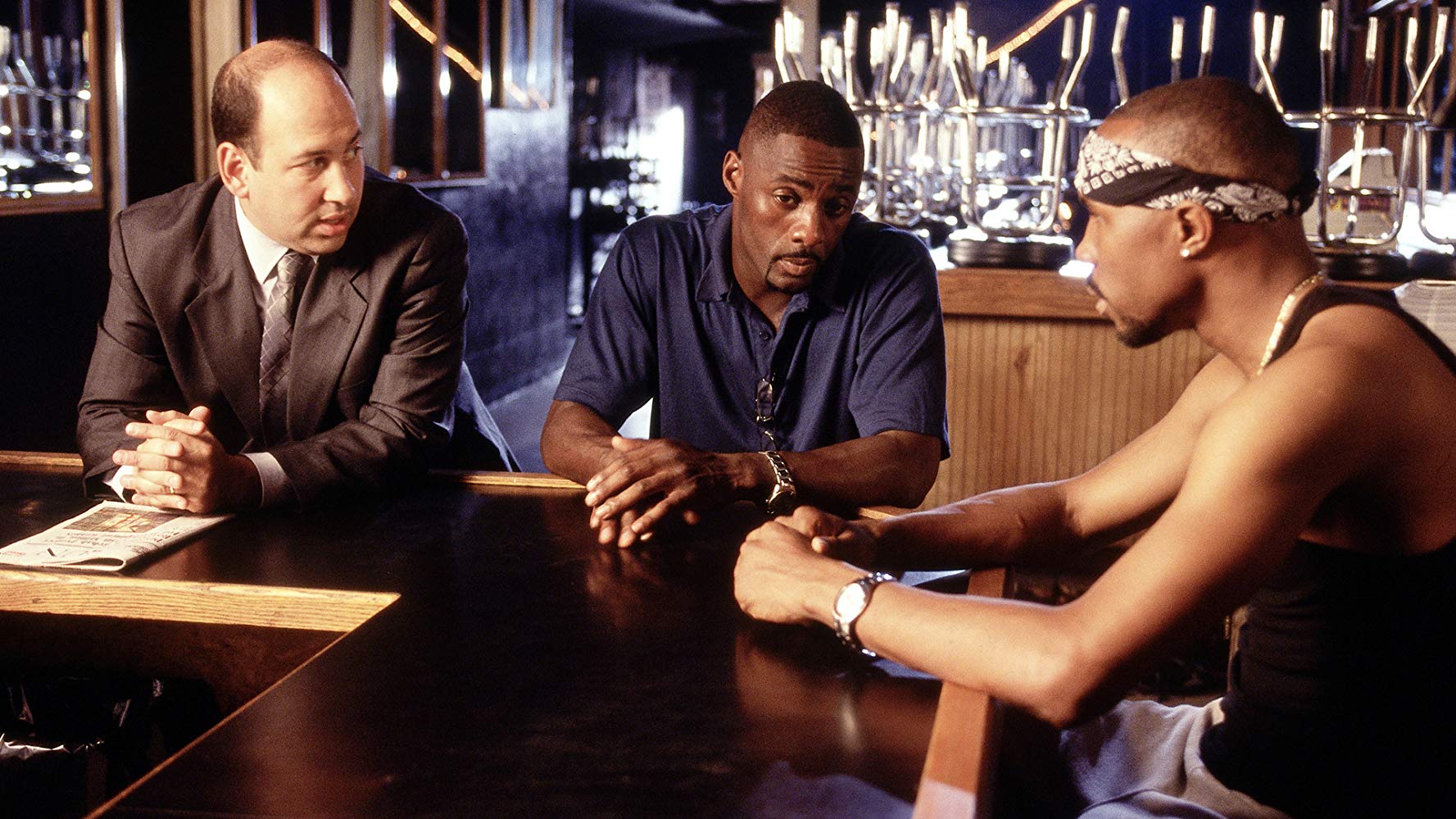 As I mentioned at the start, one of The Wire’s main strengths is how likeable characters are on both sides. There are few paragons to be found in Baltimore while the “villains” have redeeming qualities on the most part. Characters like Frank Sobotka – who can be the antagonist or protagonist of season two depending on your point of view – or D’Angelo Barksdale often elicit great sympathy when you realise what’s motivating their illegal activities. My personal favourite, Omar, is purely a stick-up man who robs lower-level drug pushers on paper yet, through his honour for the unwritten code of the streets and a series of emotionally-charged, heart-wrenching performances from Michael K. Williams, you find yourself rooting for him far more often than you don’t.

Far from just a tale of chasing down drug dealers and locking them up, there are a multitude of mature themes contained with each season. Corruption within each police department is rife, with the perennial bottom line of achieving “good numbers” often detrimental to work in the field. Police like McNulty, Daniels and Kima Greggs, the only female cop in the unit, struggle with a work and home life balance and personal relationships. On that note, it’s worth pointing out how well the show handles sexuality. Both Omar and Kima are established as being homosexual early on but it’s never a trait that defines them or overshadows the stories they are telling or resorts to stereotypes or cheap laughs – something some shows struggle with even today.

There are also those caught in the middle. Whilst there isn’t a soap opera-like list of casualties among the main players, death is still rife among families living in the poorer areas of Baltimore, while we see those like homeless informant Bubbles struggle with drug addiction as they try and get by in a world that’s already dealt them a bad hand and constantly stacks the odds against them.

There are thousands of words you could write about arcs for each character and for me there are surely more to come (at the time of writing I’m only coming to the end of season three). I can already see why it’s considered one of – if not the – best show ever written for television and can’t wait to see the multitude of payoffs and tense climaxes that surely await a number of the key players.

If you haven’t had the chance, I would urge anyone to start watching The Wire and lose themselves in the urban surroundings of Baltimore. And make sure nobody misses out when you’re ordering the pizza…