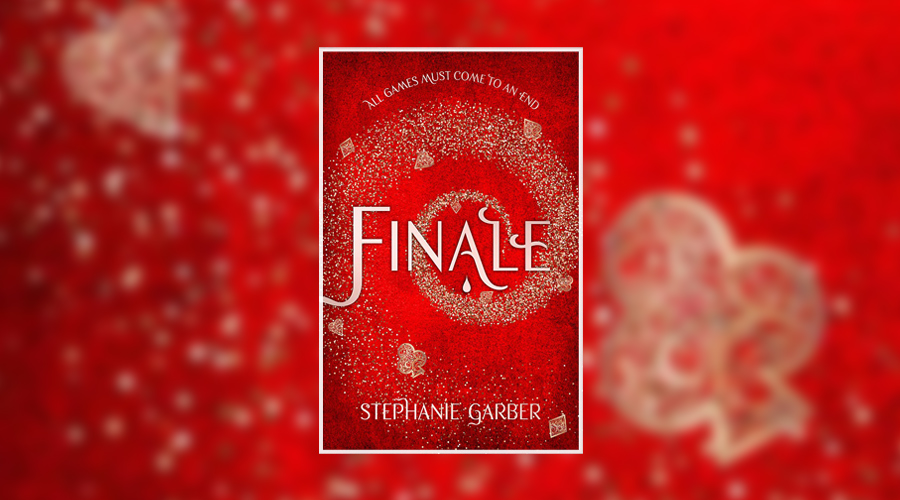 It’s always with apprehension that I approach the final book in a series that I’ve loved since book one. Yet with Stephanie Garber’s Caraval, a fictional world that enchanted me from the very first chapter, I felt something bordering on actual anxiety as I settled down to read the third and final book in the trilogy. Would these characters I’ve grown to love get the ending they deserved? Would the ending they deserved be the ending I actually wanted? I needn’t have worried because Garber is very much an author who knows exactly what her readers want. And Finale is every bit as magical, romantic and imaginative as we all hoped it would be.

Told from both Dragna sisters’ perspectives, Finale puts equal focus on Scarlett and Tella as they fight for their own and each other’s survival, whilst also trying to save the empire and the men they’ve fallen in love with. It begins two months after the last Caraval ended, with Tella determined to stop Legend’s coronation and Scarlett challenging Julian and her former fiancé, Count Nicolas d’Arcy, to compete for her hand in marriage. Yet those games of the heart are nothing compared to the game of death and destruction that unfolds as the entire empire comes under threat from the immortal Fates, finally freed from the enchanted Deck of Destiny. The brutal Fallen Star is determined to sit on the throne but that’s not all he wants, and he’ll leave a trail of blood and ruin until he gets it.

“Most people give up at the part of the story where things are the worst, when a situation feels hopeless, but that is where hope is needed most.”

Going into any more detail about the plot would steal the magic from a book that rests on the anticipation of not knowing where it’s going to take you next. This is a story where dresses morph depending on the wearer’s mood, where emotions form around characters in every colour imaginable, where characters can enter each others’ dreams and breath-taking illusions fill the pages. Garber is an incredibly descriptive writer by nature and she brings each scene to life with bold, vibrant and theatrical imagery that conjures visions of a Greatest Showman-style world mixed with devilish characters straight out of The Vampire Diaries. It’s not just the elaborate scene setting and world building that’s so enthralling but the intensity of the characters’ emotions, which feel as if they’ve leapt off the page and become your own.

Amidst the flamboyant theatrics are charming characters you’ll fall in love with (Legend and Julian), malevolent characters you outright hate (the Fallen Star), and mischievous characters you’ll unintentionally root for because they’re just so shamelessly despicable (Jacks). The Jack of Hearts plays such a pivotal, scene-stealing role in this book that you’ll wish there were more chapters with him (anyone else feeling a Jacks spin-off?). But this is a story about sisters, bonded by more than blood, and whilst Scarlett and Tella travelled very separate paths in Caraval and Legendary, Finale has them fighting and struggling together for a cause that’s much bigger than just the two of them.

Garber’s series is built on the idea that every story has four parts: the beginning, the middle, the almost-ending, and the true ending. If Caraval was the beginning and Legendary was the middle, then Finale is both the almost and true ending. It’s a satisfying story of love, drama, sacrifice, hope and the kind of cinematic delights that truly come alive in your mind. The game might have ended but it lives on in readers’ hearts.

Finale is published by Hodder & Stoughton on 9 May 2019