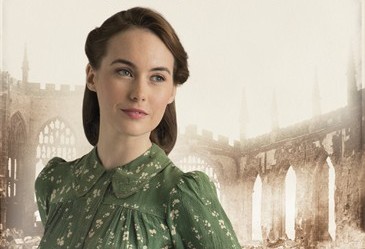 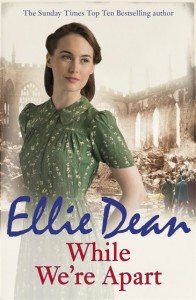 It’s 1942 and Britain is at war, and the only thing to be certain of is that war has a way of changing everything at a moment’s notice. While We’re Apart is about Mary Jones, an eighteen-year-old girl whose life is tuned upside down following a bombing raid, and Peggy Reilly, a kind-hearted woman battling with her own experience of war as she struggles to maintain an existence at the Beach View Boarding House.

The underlying plot of this novel is interesting enough: the death of Mary’s parents reveals a secret that forces Mary to question her entire existence and she travels to Cliffehaven, a small coastal town in the South of England, to uncover the secrets of her past. There is enough of a mystery there to drive the plot forward and is enjoyable enough to read even with the somewhat obvious twists and revelations taking some of the fun out.

The major problem for me, however, was the pace, and it would be a bit of an understatement to say that it dragged. It took 100 pages before the bombing, another 100 before the secret was found out, and the revelation and conclusion of said secret – I can’t even say it was wrapped up neatly because in reality the momentum just kind of stopped – happened in the final 20 pages with no real room for closure. Considering all this information is in the blurb, I felt it didn’t need to be teased out quite so slowly in the text itself.

Character-wise, while Mary and Peggy themselves were likeable, the stand-out characters were the tertiary ones, with factory-girl Ivy and landlady-with-a-troubled-past Rosie definitely acting as the most interesting personalities. The relationships and interactions between characters were fun and varied, Peggy being one of those characters who knows everyone and this constantly making introductions and running into familiar faces from previous books in the series, although characters did have a tendency to say exactly what was on their mind and spell out everything they were thinking and feeling as it occurred to them, just for clarity’s sake. Considering this precedent, it was inevitable that when Mary-with-a-secret and Peggy-who-knows-everyone met, the mystery would unfold rather quickly, but the abrupt end to their arc left a lot to be desired.

For me, this novel was less about the story of the individuals and more about the location of Cliffehaven, and the Beach View Boarding House in particular, which is understandable given its position as eighth in a series that uses Beach View as its central link. If you’re looking for complex characters and an interesting storyline that takes its reader on a truly intriguing journey, While We’re Apart is not the novel for you, but for a pleasant story of a community living and surviving in the midst of World War Two England, this novel could be a diverting way to pass an afternoon.

How To Make A Friend – Fleur Smithwick Review