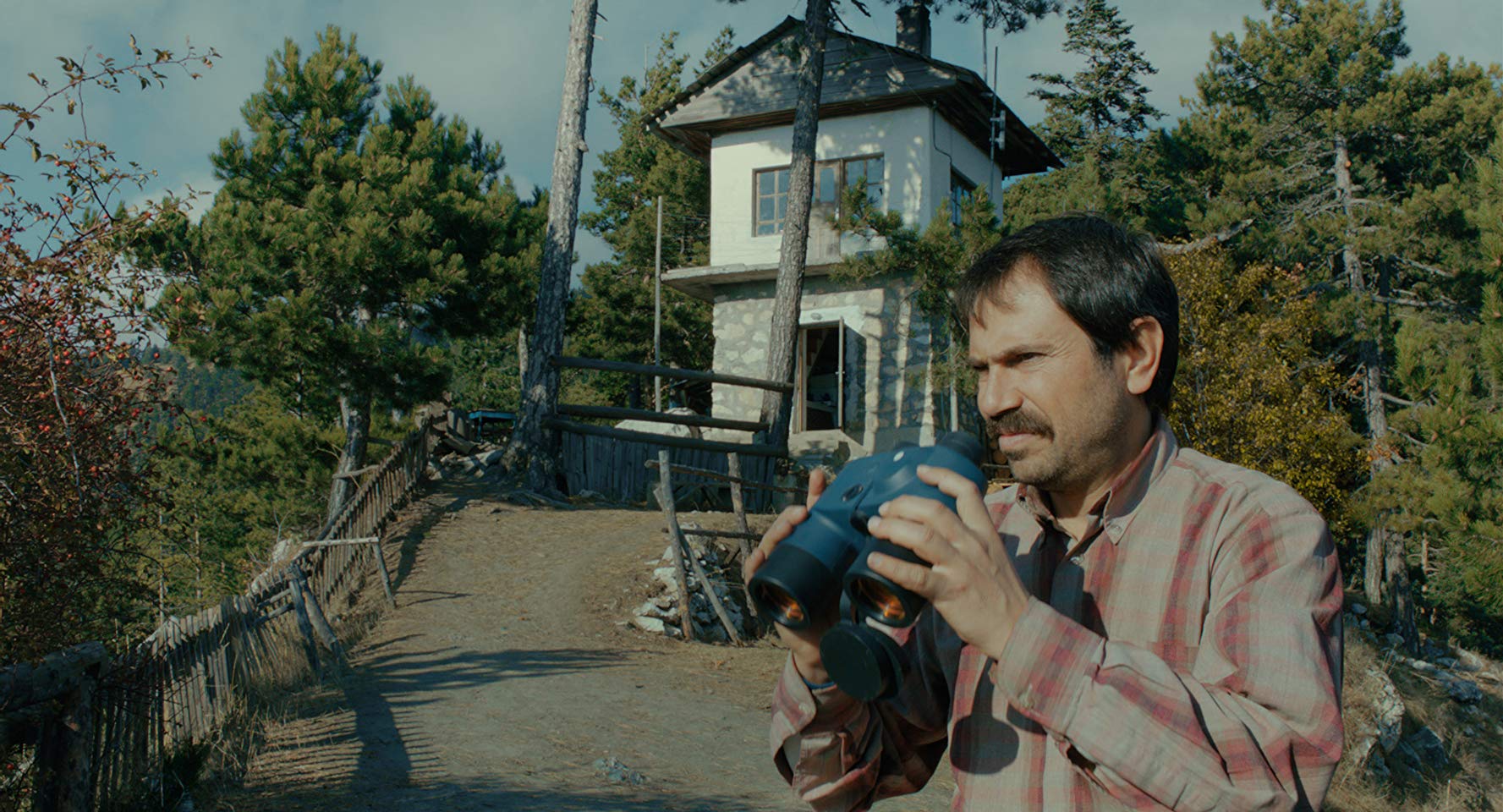 1400 meters above sea level, Nihat (Olgun Simsek) watches the forest for wildfires. In a nearby bus station, Seher (Nilay Erdonmez) awaits the arrival of a baby she does not want, whilst she works as a hostess. Immersed in their own private troubles, the two rarely meet; they only see each other when he comes to the station for a meal. When Nihat finds Seher in serious trouble one day, circumstances push them together.

The first thing you notice about Watchtower is the beautiful scenery, photographed spectacularly by Eken Ozgur. The titular watchtower is located high in the mountains, overlooking the verdant forest below. It’s a peaceful enclave, where no sounds are louder than the gentle twittering of the birds flying past. Though there are obvious difficulties in being so far from humanity, otherwise the watchtower is an idyll. The perfect place for a lonely man to ruminate on his tragic past.

Seher’s environs are less picturesque, her small room above the bus station depressingly spare. She has more people around her than Nihat, but they just serve to emphasise her own loneliness. After all, she still can’t tell anyone what has happened to her, or about the unwanted baby she’s expecting. The scene when she gives birth – terrified and alone, with no one to offer help or comfort – is the film’s most affecting. Nilay Erdonmez does a terrific job.

Both lead actors do, in fact, although Erdonmez has the meatier role. Her fury at her mother, who failed to protect her from her abusive uncle, is propulsive. Likewise her anger at Nihat, for forcing her into a position she did not want. Olgun Simsek’s character is more inward, but no less moving. He carries his loss around with him as if it was a physical thing. You can see it in the droop of his shoulders, the sadness in his eyes. He’s able to hold the screen whilst doing very little.

Pelin Esmer’s direction is engaging and astute.Watchtower is only her second feature, and her confidence in knowing how long a scene should play out is impressive. Understanding what a toolkit she has in that awe-inspiring location and the talented actors, she steps back and lets them speak for themselves. It’s a wise move. 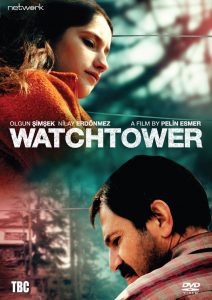 On paper, Watchtower looks like the most age old of cinematic stories: two lonely people finding some solace in each other. In reality, it’s much more complicated than that. Nihat and Seher aren’t in this film to fall in love; they don’t even like each other all that much. If they serve one purpose in each other’s lives, it’s to make them face up to the painful pasts they’ve been running from.

And it’s too complex a movie to offer a neat ending. Esmer leaves Nihat and Seher as they arrive at their own personal crossroads, no longer able to avoid making a decision about what comes next. We don’t see what they chose, all we can do is wish them the best.

Watchtower is released on DVD from 20 August 2018, courtesy of Network Releasing