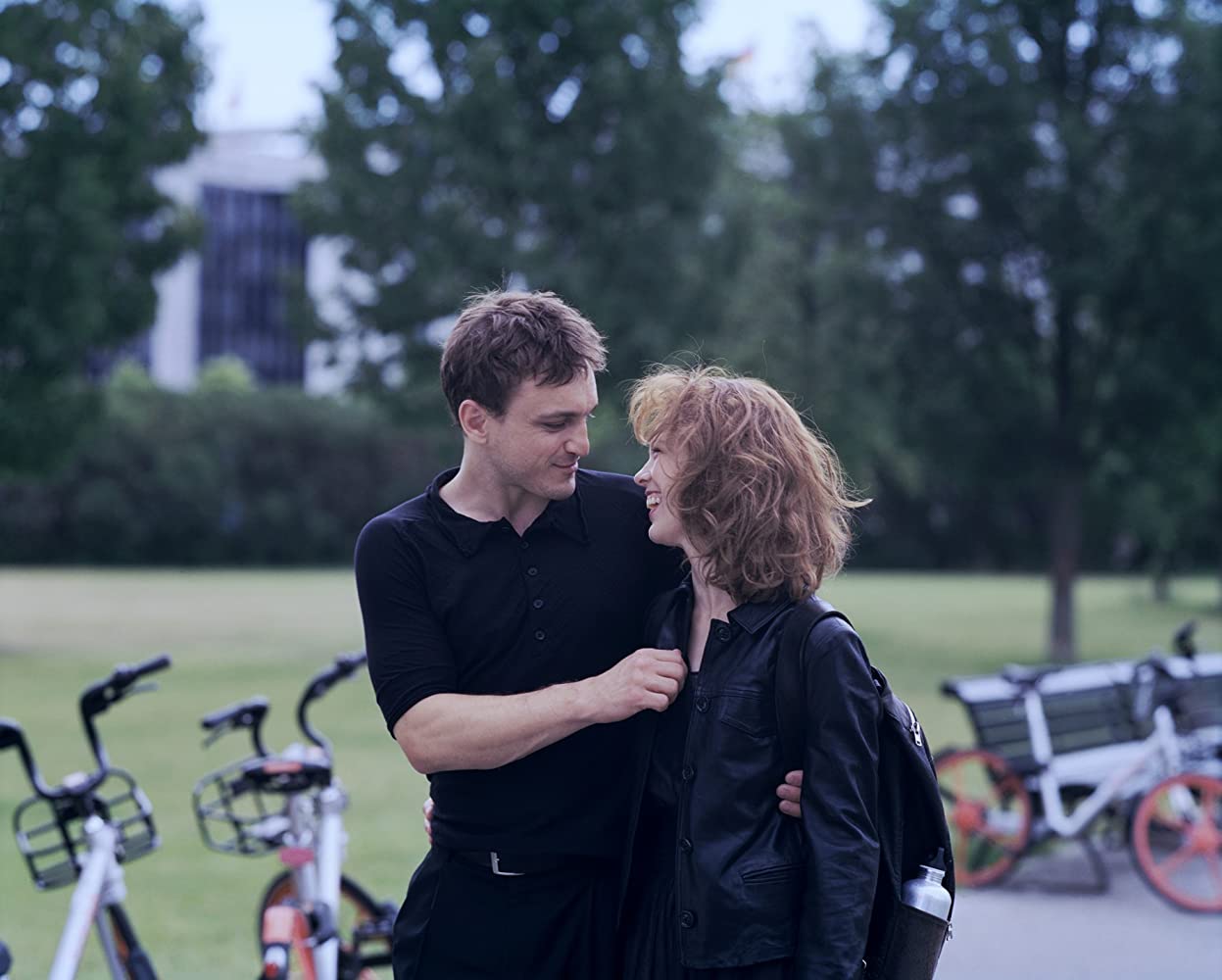 We arrive in the middle of a break-up. Undine (Paula Beer) and Johannes (Jacob Matschenz) are sat in an outdoor café; he looks guilty, she looks stunned. They argue about semantics, he offers to buy her another coffee, and what she says next awakens us to the fact that this is no ordinary break up: ‘If you leave me, I’ll have to kill you. You know that’. She says it in a tone devoid of malice. She sounds matter-of-fact; sad that it’s come to this. He thinks she’s just being silly, and he does leave her. And then. And then…

Undine, from acclaimed German director Christian Petzold, takes the titular mythic water sprite (who is cursed to kill any man who betrays her) from her centuries old origins and deposits her in the middle of modern-day Berlin, where – when she’s not existing in her watery incarnation – she works as an architectural historian. It’s at one of Undine’s lectures that industrial diver Christoph (Franz Rogowski) first sees her, and he falls immediately in love. After they meet, at the same café where her break-up took place, she falls for him too. For a while, they exist in a blissful swirl of ecstatic ardour, but it doesn’t take long until the universe starts to enact its own plans.

Petzold’s latest reunites the two stars from his previous film, Transit, and the result is ravishing. Paula Beer and Franz Rogowski have a dizzying chemistry. From the moment they meet in the café, and the aquarium bursts over their heads – leaving them unharmed but drenched, and instantly besotted – their romance is so formidably powerful that it sweeps up everything in its path, us included. Try not to swoon each time Christoph gazes at Undine with ‘I can’t believe she’s real!’ adoration. Under the thrall of their mutual captivation, even lectures on architectural history gain a surprising sensuality. Their relationship is a pleasure to get lost in. 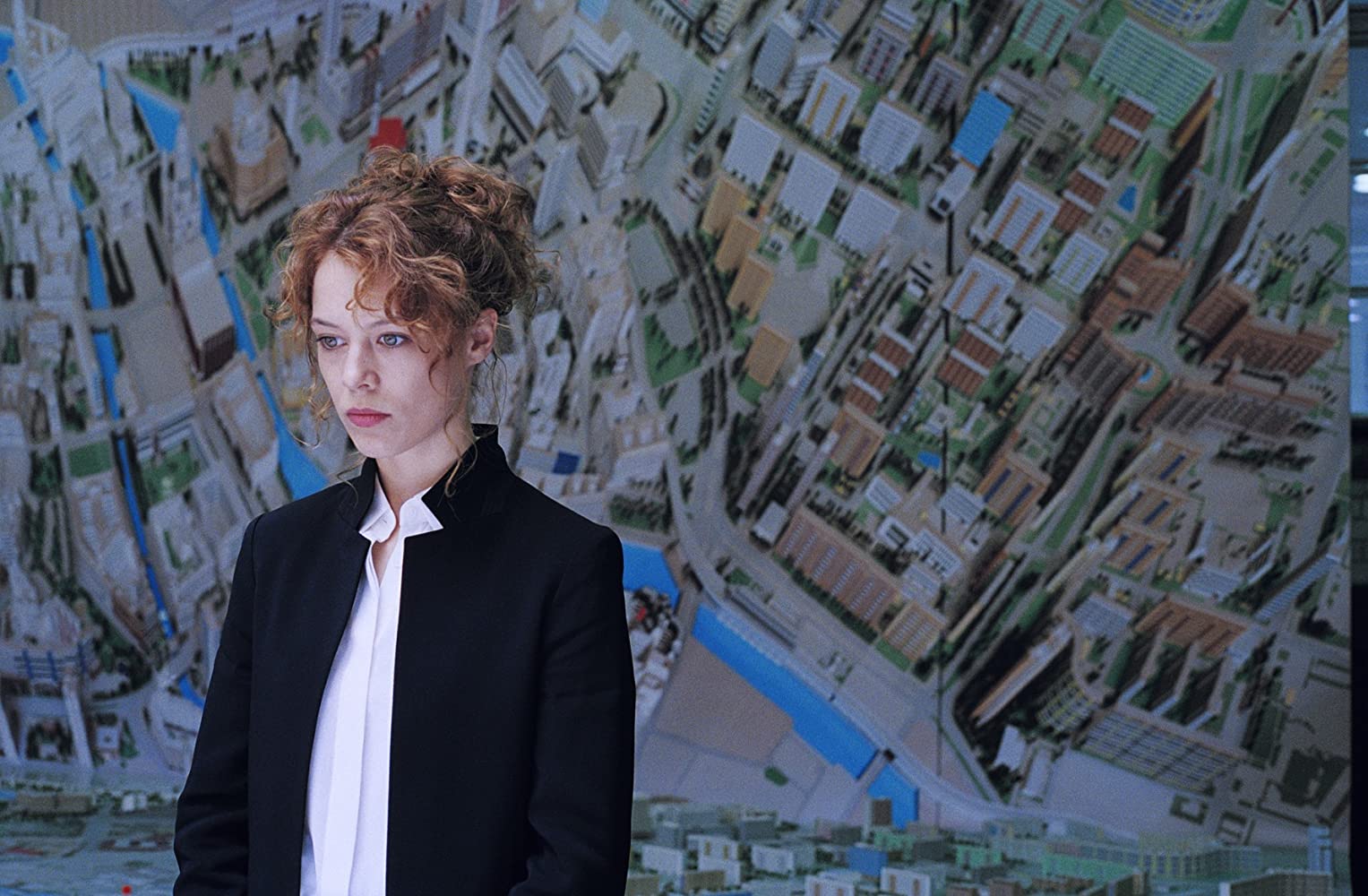 And because Petzold directs it so bewitchingly, and Beer and Rogowski play it with such starry-eyed conviction, everything else falls right into place. There’s no exposition when it comes to Undine’s mythological background, no explanation. She just is. Events proceed under a kind of dream logic. The inky blue underwater dive scenes could be happening on another planet. Christoph and Undine act as if compelled by something bigger than either of them understand, which makes their love affair even more enthralling.

Fans of Petzold may be disappointed that Undine isn’t as rich with social and historical context as his other work – though there is an interesting contrast drawn between the ever-changing Berlin of Undine’s lectures and her own steadfast immortality – but to get too caught up in that is to miss all that is special about it. This is a movie that works best if you let it bypass your brain and go straight to your gut. The Berlin Petzold conjures is magical realism at its best: train platforms and lanyards and lockers exist right alongside a water sprite and the man she loves enough to alter the fabric of the universe. If you watch films to be smuggled into an alternate reality for a couple of hours, Undine is as immersive and beguiling experience as you could ask for.