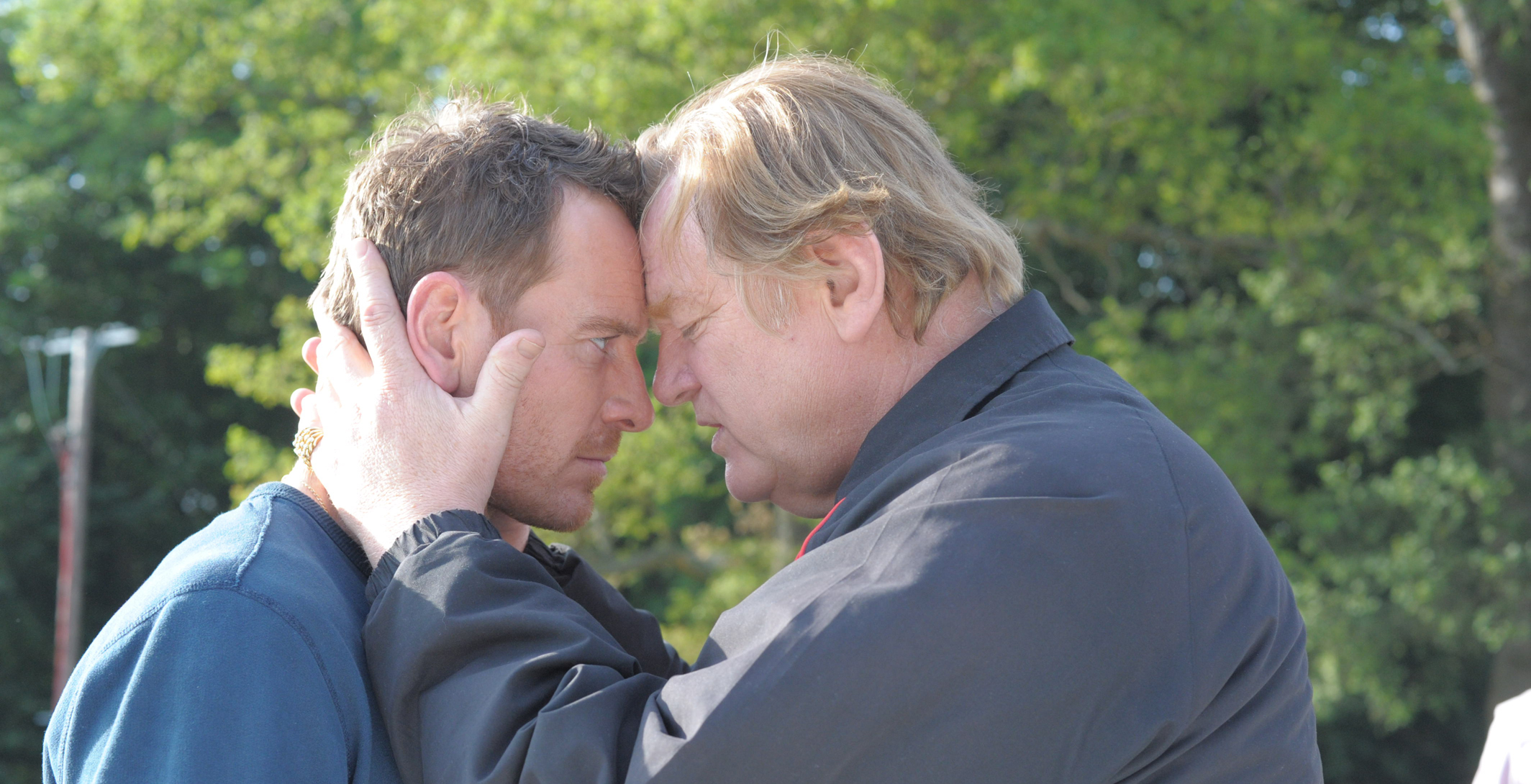 Trespass Against Us begins as a rabbit is chased by a family, all crammed into car. In the driver’s seat is “Chad” Cutler (Michael Fassbender), with his son Tyson (Georgie Smith) on his lap. Tyson pulls at the steering wheel and the occupants cheer and jeer him on. They tell him to go one way or another. Whether he catches the rabbit isn’t important but we know that this is a favourite past time. Though it’s a ramshackle collection of men, in a beaten-up old car, there’s a sense of fun in this activity. But we must acknowledge the danger and example the father is setting his son. Are these his role models? Is this their life? Is this the future for the child?

Directed by Adam Smith, this is his feature debut after working in television on Skins and Doctor Who. There’s a rough and gritty truth to this tale of outlaws but you can’t immerse yourself in this angry, primal world. Chad is the uneducated son of the rural gangster ringleader, Colby (Brendan Gleeson). Chad, with his wife Kelly (Lyndsey Marshal), has two kids, Tyson and Mini (Kacie Anderson). He has a plan to escape the clutches of his father, but the dominant power wielded by Colby, and the lack of prospects for Chad himself, stops these dreams from becoming a reality. As a talented driver, Chad is relied upon and Colby often asks him to lead the organised robberies the crew commit to survive. This tension, combined with the dangerous characters that surround them all, are what keeps everything in the palm of Colby’s hand. 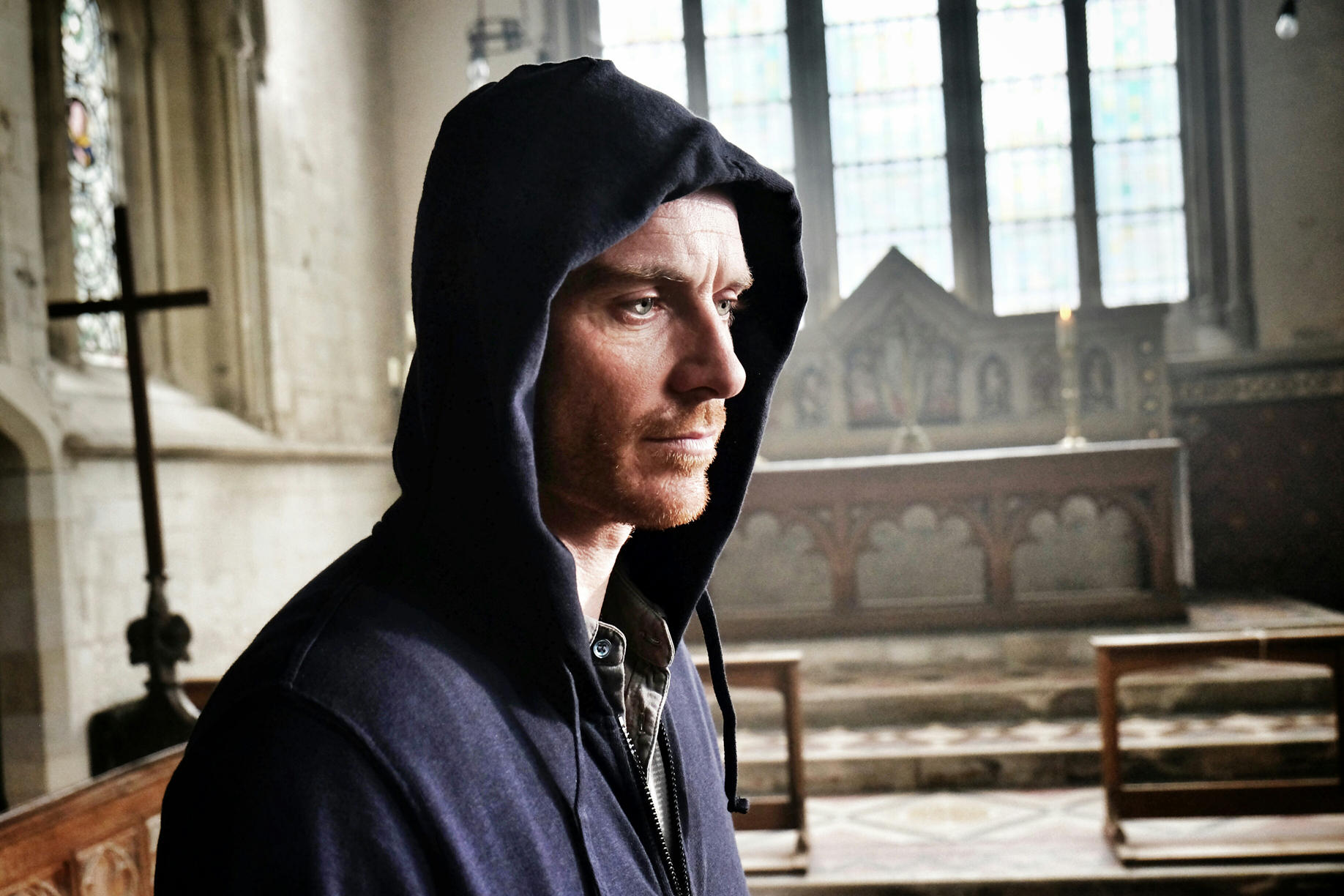 Between the force of Michael Fassbender and Brendan Gleeson, Trespass Against Us already has two heavyweight actors in its grasp. Their relationship is supposed to be the driving force behind the film but, instead, the story often veers awkwardly off-track. Sometimes it becomes about Chad’s family, and in particular his fracturing relationship with his young son. We spend one long period with both parents as they look for their children, who go missing suddenly after being dropped off in school. On another tangent, there’s the conflict between the gangs and the police, and the closing ring the “gavvas” are placing around the family. The dialect and terminology is also difficult to navigate. The use of words like “mush” (for mate), “skrilla” (for money) and “gellin” (for moving) can at some points feel like a different language entirely and requires patience. Every time you begin to translate, a new word is thrown in and you’re left to work out what it means. 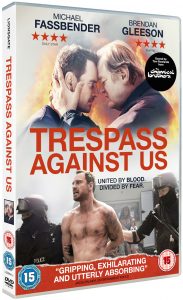 Thankfully, there are a few glimmers of hope hidden among the busyness of Trespass Against Us. While Colby fills the minds of his uneducated followers with stories based in complete fiction, Chad is clearly daunted by the language displayed in his kids primary school. Colby holds court as his followers listen to his belief that the world is flat and we see him passionately describe to his grandson that humans didn’t evolve from fish. Colby is the Trump of this small world, dismissing the facts and requiring absolute trust from those that surround him. Chad can see through this image but he doesn’t have an alternative perspective to offer.

Riveting chases, as the lads speed away from police in a yellow-painted car, creates energy while a mentally unstable relation, referred to as Worzel in mock reference to his grim presentation, is a threat from the start. But rarely does it deliver, with a wonky plot and a lack of pace, Trespass Against Us benefits from Fassbender and Gleeson’s unique performances but it’s let down by an unclear and uninviting story.