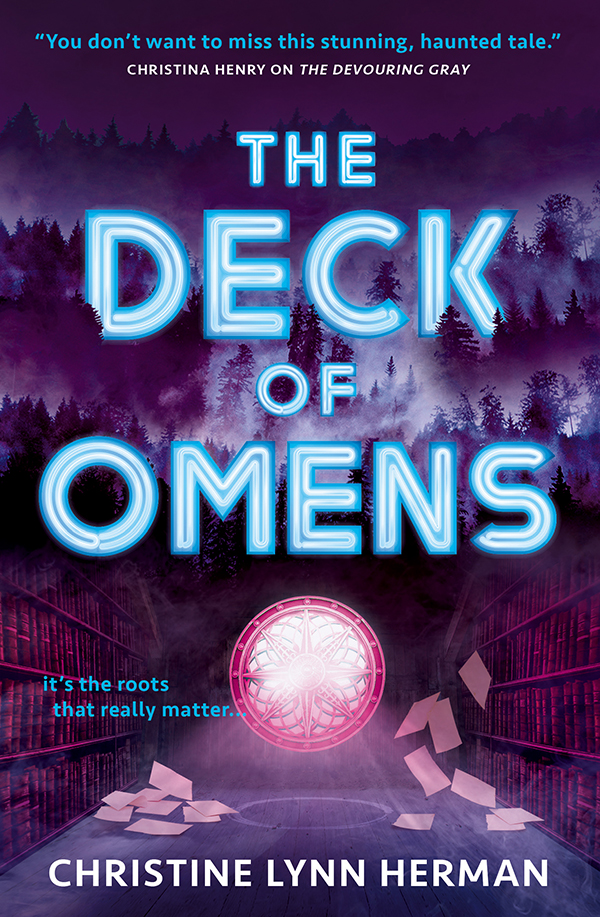 From the beginning, I knew I wanted there to be a deck of tarot-esque cards in The Devouring Gray duology, and I also knew that I wanted them to be a major world-building element in the series. I never anticipated that they’d become so important, I’d name a whole book after them–but I’m so glad they did.

As someone who loves reading tarot in my free time, I also had a lot of fun planning out all the cards in the deck–even though most of them didn’t make it into the book itself. Here’s an exclusive look at three cards for more minor characters that don’t get discussed on the page, but were definitely part of my world-building documents.

A single dagger lies discarded on the ground. It has been there for some time, the metal rusted and discolored, roots growing over the hilt. Abandoned.

I’d always wanted Gabriel’s card to come up in a reading, but I never had a chance. As the estranged brother of Isaac Sullivan–Four Paths’ angsty bicon king who pretends really hard to not be emotionally vulnerable–he plays a pretty significant role in The Deck Of Omens. But due to Isaac’s aforementioned lack of willingness to be vulnerable, he doesn’t get his cards read. Which meant no Gabriel card would make an appearance.

I’ve always found the imagery of it haunting, though–I wanted it to represent the way Four Paths pulls you back in, no matter how far you run away from it.

A small pile of red-brown stones are precariously balanced atop one another. Each of them looks fine at first glance, but as you stare more closely you realize every single one is cracked.

Harper Carlisle is far from the only child in her family, and I’ve always had a soft spot for fourteen-year-old sister Mitzi. Left out of the loop by her sibling, asked to defend a town she’s only just beginning to understand, faced with powers that turn parts of her body to stone–she’s got a lot going on. But The Devouring Gray and The Deck of Omens wound up focusing on other parts of the story, and so I was unable to get the chance to give her all the attention I would have wanted to. If I were ever to return to Four Paths in a longform way, it would probably be through her eyes.

A human figure kneeling before a pile of bones.

I’ve always adored Juniper Saunders, and I’m still annoyed that the opportunity to show readers her Deck of Omens card never came up. It was just never quite the right time. But here’s a peek at it now. Juniper’s life has been marked by the deaths around her of so many people she loves, all the while dealing with a power that makes it far more difficult for her to die than the average human. But none of that matters to her when she can’t protect the people she loves. This card was meant to represent that struggle, and Juniper’s eventual journey to acceptance as she returns to Four Paths and takes up the fight she tried so hard to avoid.

There are more new cards coming in The Deck of Omens, and some intense reveals that come along with them. Hope you’re ready for some big surprises :).