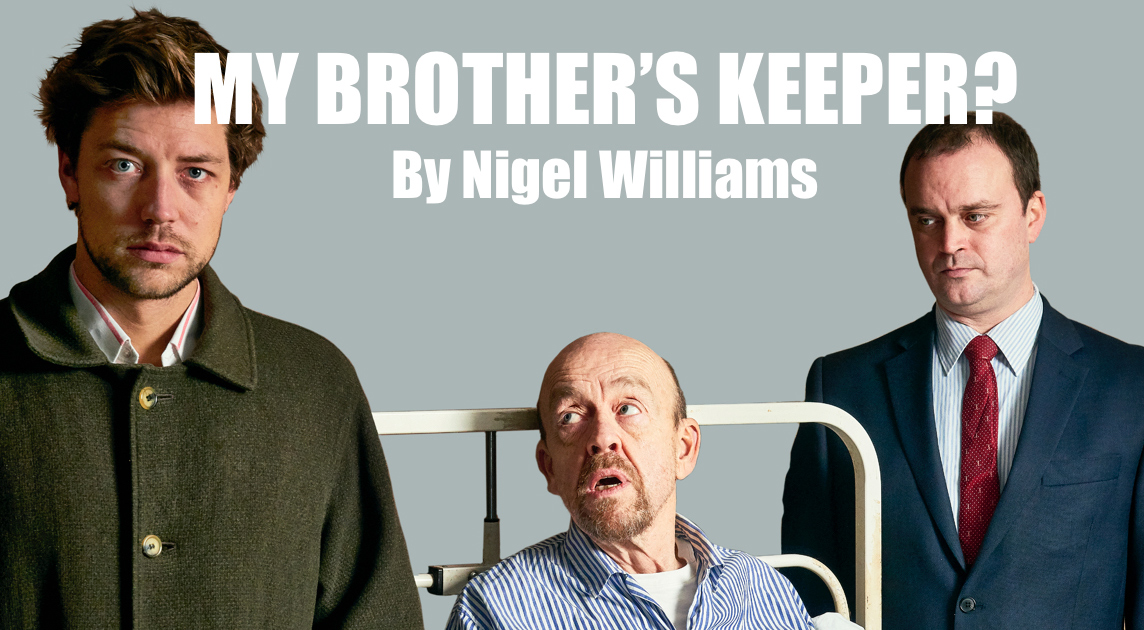 Decades of family tension boil to the surface in My Brother’s Keeper?, a revival of the 1985 play by Nigel Williams exploring what can kill someone after they have a stroke. There is plenty of contemporary relevance in its presentation of a creaking healthcare system and the picking away at repressed emotions in a very English family.

During a single ninety minute scene, the Stones confront each other in a hospital room. Mr. Stone has been left bedridden by a stroke. Mrs Stone struggles to communicate with her husband but finds some kind of comfort in the unexpected visit of their two sons. Their eldest, Samuel, tries awkward stretches to coax his father into action, while Tony prefers to bring up their past to trigger a better future. Nurse Terry intermittently pops in with his chippy forcefulness while Mr. Pittorini lies in the corner of the room, unmoved by the commotion.

Josh Taylor and David Partridge spend the whole time working on each other’s nerves as the sparring brothers, talkative writer versus uptight businessman. Kathryn Pogson is a fussy mother, weighing in on the conflict with some funny and sharp observations but usually on the receiving end of the recriminations. Andy de la Tour captures both sides of a slow journey towards death as stricken father and husband. He lies in the middle of the arguments, struggling for words and movement but occasionally finding the beautiful Shakespearean baritone and classical gestures of his former life as an actor.

The concrete walls and strip lighting create a naturalistic atmosphere. Nigel Williams’ script has personal experience, theatrical references and political allusions peppered throughout to keep the drama flowing at a lively pace. An engaging collective performance which opens a door to discussions about death and repression.

Why you should be watching The Umbrella Academy on Netflix