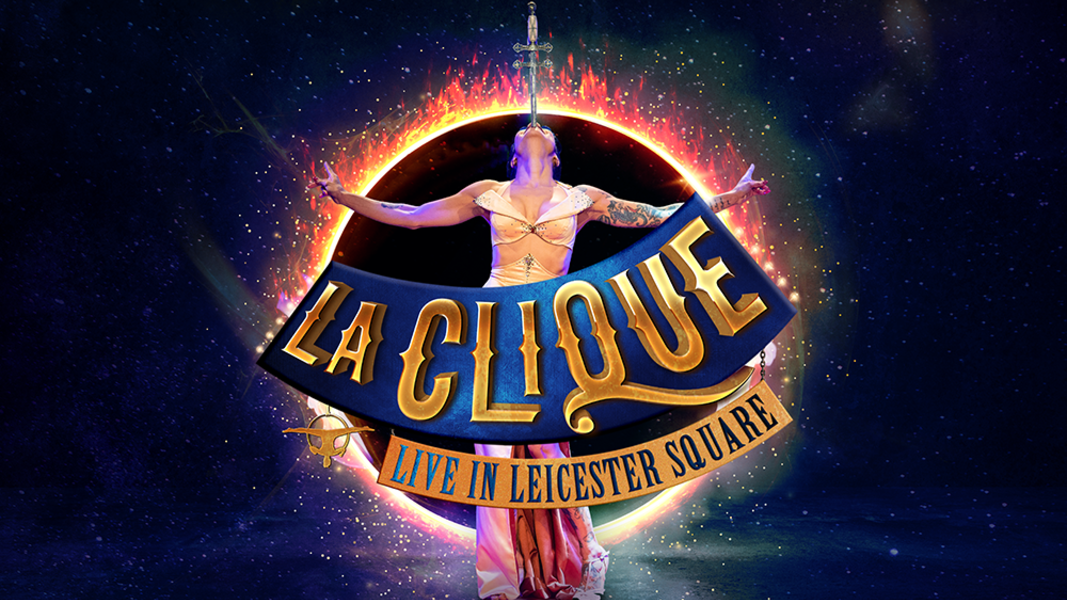 A dark and sexy circus returns to town. The lithe young performers of La Clique dive into the heart of London’s glittering West End, pushing themselves to incredible feats with a liberal helping of raunch and wit. The stage looks small but a wide variety of acts fill it with gorgeous noises and heart stopping physicality.

The tone is set by Weimarish compere Bernie Dieter, her tickly accent, powerful singing voice and bold flirtations have the audience stamping their feet from the get go. She takes things up a notch by jumping in with some fruity interaction to break down barriers. Onstage the lively band keep the action jumping, the beat plays on all evening with a mixture of up tempo tunes including James Brown and Dusty Springfield. Kelly Wolfgramm sings as the acts perform and shimmies into the spotlight with a beautiful version of ‘It Must Have Been Love’.

The limb bending contortions of David Pereira are something to behold as he climbs around and on a shopping trolley in tighty-whities and wings. There’s a gracefulness to his double-jointed first dance but things get snappier at the start of the second act as he lathers up and demonstrates how to shave those hard to reach spots. None other than the Famous Bath Boy Stephen Williams was a special guest, showing off his honed physique while flying above and into a cast iron bath. As he gets wetter the spins get bigger and more elaborate. Charlie Wheeller climbs into the Cyr Wheel for a dynamic performance and extraordinary levels of control are demonstrated by the entire troupe.

Danger must be the middle name of Heather Holliday. She starts her evening with some light sword swallowing, increasing the number of weapons to stomach churning levels. And later she returns to centre stage with a mesmerising display of intricate fire eating. Acrobat Zoe Marshall demonstrates she has a strong head for heights, swinging over the space with breathtaking grace and power. She also finds the energy to partner up with Lydia Norman for a saucy aerial hoop routine that takes them into the rafters.

There’s plenty to admire in all the acts as they show off unique and freakish skills. These are sharp performances, exploring the edges of the space and limits of the human body and then pushing hard and fast. This is a tight and raucous circus, one which leaves the audience wanting more.