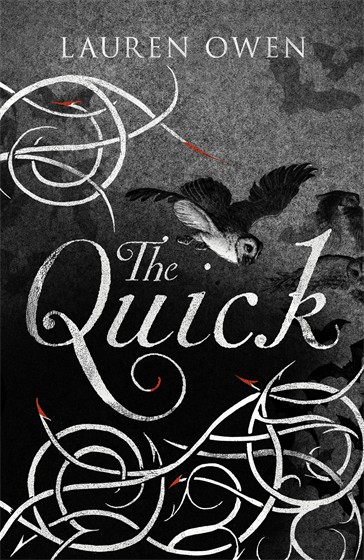 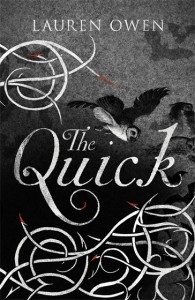 Storming into the lead as the best fantasy book of 2014 so far is Lauren Owen’s The Quick, a gothic tale that grips you from the first page and doesn’t let go until the closing word. A rich and atmospheric pleasure, Owen’s debut conjures up a horrifying yet mesmeric world where even the undead have rules. Break them and there will be consequences, try to decipher them and you might just wish you hadn’t.

By way of a clever marketing trick, the reader knows very little about The Quick when they begin the novel – and that’s part of the magic. We are not permitted to know the secrets of The Quick we’re told, which fills our heads with unanswered questions and silent musings about the mysterious Aegolius Club we know only by name. We travel to Victorian England, to a place in the wilds of Yorkshire known as Aiskew Hall, where we meet a brother and sister called James and Charlotte. Bound by tragedy, the siblings eventually find themselves in London, on separate visits, with a very different set of circumstances and undertakings ahead of them. They become embroiled in the horrors of the smoky city, where soot fills people’s lungs and figures lurk in the shadows. Reality as we know it ceases to exist as the secrets of The Quick reveal themselves and the enigma that is the Aegolius Club is gradually exposed.

Though it barely uses the word vampire, The Quick is essentially a novel about the undead, specifically an elite gentlemen’s club of immortal beings. Entry requires a certain kind of signature, the signing away of one’s mortality. That is until the rules change and suddenly no one is safe. To say any more might reveal the elusive secrets of The Quick but, suffice to say, if you thought that the Vampire theme was worn out, think again – Lauren Owen has successfully revived a monster that was dangerously close to becoming a walking blood-bag of clichés.

Whilst the plot is a spellbinding story full of thrills and terrors, The Quick really comes alive through its engaging set of characters. From Charlotte, James and their fiercely loyal companions, to the gentlemen of the Club and the other immortal factions, these are characters that inhabit your mind, setting up camp for much longer than just the duration of the book. Not a moment goes by where you don’t feel Charlotte’s urgency to help her brother, or James’ plight to hold on to his humanity. Allowing the reader to experience the different sides of the coin – the seemingly good and bad – helps to reveal what each character is fighting for and allows us to place our allegiance.

What’s so appealing about Owen’s writing is that despite the 19th Century setting, the book never feels old-fashioned or hackneyed. She creates an authentic picture of London in the late 1800s, evocative of Oscar Wilde’s The Picture of Dorian Gray, but the book manages to feel very contemporary at the same time – it’s a delicate balance and Owen has mastered it.

If you’re an aspiring fantasy novelist, this is the type of debut book you’d want to write. It’s clever, unpredictable and unafraid of taking risks – as all the best novels are. Let Lauren Owen take you on her dark and gothic adventure, it’ll have you hungry for more.