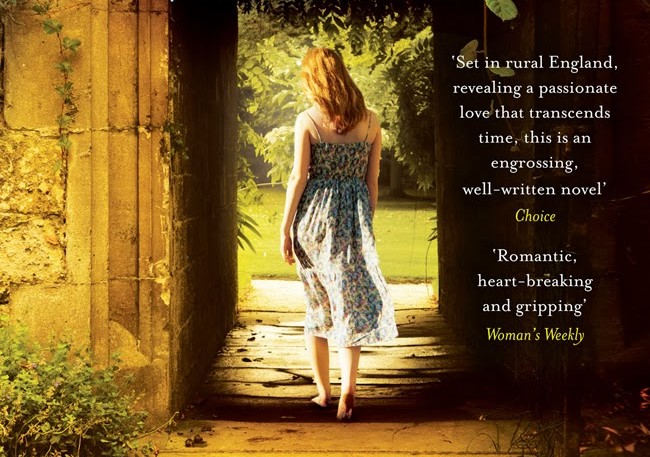 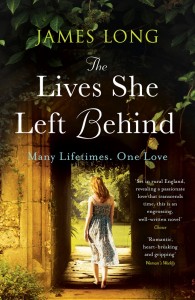 With the rural West Country as its picturesque backdrop, James Long’s tale of an epic, ever-lasting love is both tragic and moving as it pulls you from one timeline to another. The Lives She Left Behind gets off to a slow start but eventually picks up pace as it travels to excavation sites, ancient villages and castles in pursuit of piecing together the puzzle that is its two young protagonists.

Jo Driscoll is a young girl who’s never felt ‘normal’. She goes about her days feeling unbalanced by emotions and thoughts that she can’t make sense of. To make matters worse, she’s forced to take medication that drowns out the voice she hears in her head, the kindly voice that has been her sole comfort since childhood and draws her to seek out something or someone she doesn’t know, or doesn’t remember. When she visits an excavation site in Somerset a fire ignites in the recesses of her mind which wills her to find a man called Ferney. It’s here that history starts to repeat itself and the puzzle piecing begins. The times change and the places evolve but these two souls are destined to find each other, no matter the cost.

Following on from his previous book, Ferney, James Long continues his characters’ stories with a new set of struggles and obstacles. Though an intriguing and well written tale with rich and intense historical references, The Lives She Left Behind does suffer from a couple of set backs. The first third of the book starts and moves forward very slowly; it’s only at the halfway mark that the story really starts to take off, which might frustrate the more impatient reader.

The main characters, despite having decades of history between them, don’t seem to have the intense chemistry they should given the situation. Long does his best to describe their time-transcending relationship but it never ignites with any real passion. Perhaps the problem lies with the story centering on children, with the ever-lasting love theme translating better when experienced by adult characters. Whilst I was fascinated by their story, I felt indifferent towards Jo (Gally) and Ferney. The only character I really felt for was poor Mike Martin, whose betrayal and loss comes across so well that it flattens Ferney and Gally’s story.

As someone who hasn’t read the first book, I’d recommend reading Ferney before you read The Lives She Left Behind, if only for some context and grasp on the main characters’ back stories. If you can struggle past the slow start, you’ll get to the deeper sections and that’s where the story really comes alive. Tragedy and love are the perfect ingredients to make a timeless tale. Add in a little more excitement, both story and character wise, and this would have been a perfect novel.