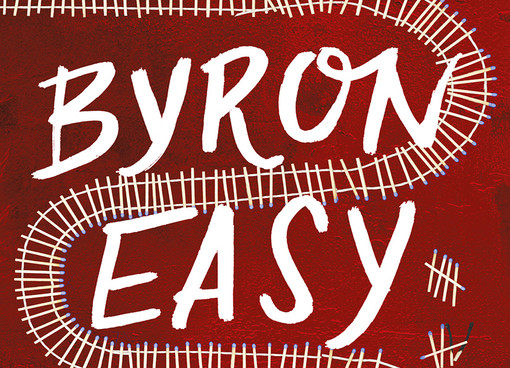 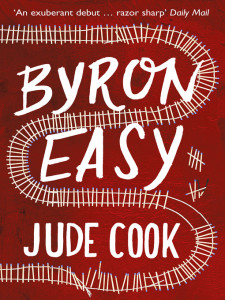 Byron Easy is a poverty-stricken poet running away from his sham of a life in London. His bottomless life-baggage includes a failed marriage to a monster of a woman and a number of rather dubious friends he could count on one hand. When he boards a train for Leeds he’s hung-over, unkempt, depressed and suicidal, so it’s not surprising he unsettles the couple sitting opposite him – as anyone who’s ever travelled via rail knows, drunk and peaky looking passengers are best avoided. This is a story of one man’s failed life; a man who just can’t catch a break. Ever.

Despite Byron’s wry and irreverently amusing commentary on the people and places around him, his outlook soon starts to grate. In fact it took this reader all of twenty pages to tire of his pessimism and self-indulgent wallowing – something that continues throughout. Byron’s cynicism never surfaces for air, giving the reader very little relief from the onslaught of Byronic musings. This is not a character I’d want to get to know in real life, so it’s not surprising that I didn’t want to get to know him over the course of almost 500 pages.

When not reminding the reader that he’s a broke poet and his name is Byron Easy, which it transpires is not exactly true after all, our protagonist is relaying his frustratingly unexciting and miserable life as if it’s the most important thing to have ever occurred. Whip-smart, creative and in possession of a wildly dark humour, Byron has a distinctive voice as he takes us back through his life with Amazonian Mandy, his upbringing and his struggling career ventures. It’s just a shame that the distinctive voice doesn’t ever go anywhere further than the titular character’s depressing tangents. Why say something in one sentence when you could write twenty pages about it and milk a mundane event for all it’s worth? The final fifty or so pages did pick up, with an amusing little twist that grabbed my attention and genuinely had me engrossed until the last page, but it was a classic case of too little too late.

Jude Cook’s writing is evidently not for everyone and those looking for an easy read should take Dionne Warwick’s advice and walk on by, because Byron Easy is anything but. I found it a hard book to get through but that’s not to say it’s not a good read for the right reader. In Cook’s defense, this is a very confident debut, I just don’t think I’m the target audience for this type of novel. It comes across as quite a masculine book, written by a man with a male’s view on life. As a twenty something female who likes her books with a fast pace, an element of fantasy and a large cast of varied, eccentric characters, Byron and I were never going to be a match made in fictional heaven. If, however, you like your books mocking and pessimistic, narrated by a blunt and Byronic protagonist, you’re likely to love this.