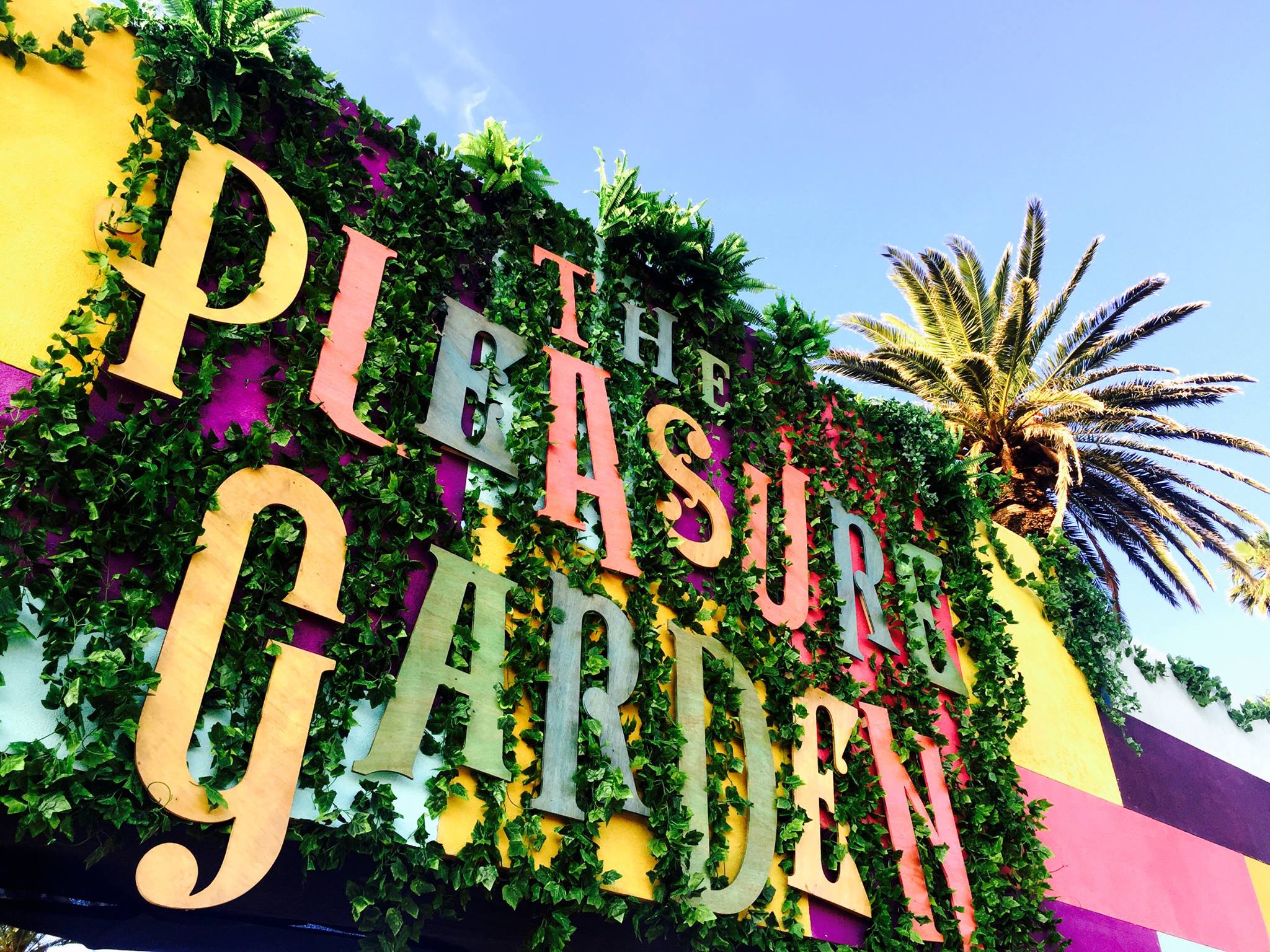 The Pleasure Garden in Melbourne, Australia is a one day festival which this year took place on St Kilda Foreshore on the 9th December. With Fat Freddy’s Drop and Ed Solo making appearances amongst the palm trees, I just had to be there.

The day started off cloudy and our tribe had started pre-drinking whilst preparing costumes with feathers and glitter to fit in with this year’s theme of ‘birds of paradise’. The sun started breaking through the clouds and we headed off to the beach. It was beautifully decorated with bunting and each stage was in keeping with the garden theme; the main stage had plants surrounding it and a balcony on either side.

This was my first experience of a festival down under and I absolutely loved it! Hula hooping classes were available to everyone, children were running around throwing giant balls into the crowd and everyone was dancing. I’ve been to a fair few festivals and this one had a great vibe – a cross between Glastonbury and Boomtown with a fully immersive experience. It was just the right size with enough room to dance and plenty of grassy space with plants and palm trees.

The one downfall was the bars – the queues were huge and it took an infinity to reach the front to get overpriced drinks, and as you couldn’t bring your own, it was the only option. Local cafes had food stalls enticing attendees’ stomachs at the corner of each area; these catered for all tastes and dietary needs and they even used paper straws at the bars, showing their awareness of the current issues around plastic.

The music was amazing and despite only knowing two acts when I arrived, I found a new love for a band called Crooked Colours who are a cross between Milky Chance and Crystal Fighters with a more electro chill vibe.

Ed Solo had the crowd bouncing as usual, dancing in the warm Australian sunshine. However, the absolute highlight by far was Fat Freddy’s Drop, who played a killer show rivalling the night’s sunset.

The Pleasure Garden was a perfect way to spend a Saturday in December. The festival is still in its early years and has a lot more to give – so bring on 2018.