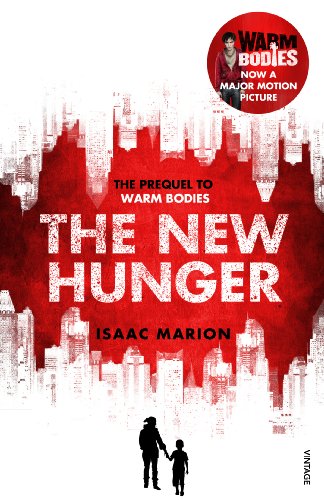 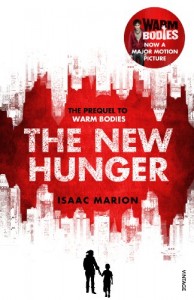 Isaac Marion’s debut novel, Warm Bodies, was a strange and wonderful thing. It did for zombies what Stephanie Meyer’s Twilight did for vampires, only with more wit and less cringe factor. Whether you like the overall idea or not, the whole zombie mutating back to humanity concept is something completely unique – isn’t that what we’re always searching for with fiction?

With his second novel, The New Hunger, Marion takes us back to days pre-Warm Bodies as a dead man wakes with no recollection of who or what he is and a strange feeling in his belly. The story of this mysterious dead man, with his muddled thoughts and an unquenchable hunger, is joined by the separate stories of a young Nora Greene, who’s walking the ruins of Seattle with her brother, and a miserable Julie Grigio – who’s just trying to survive the road-trip from hell amidst the apocalypse. These two young girls and the tall zombie are destined to meet, we know this from the first book, but this is the story of how their lives intertwine even before they knew each other existed.

If Warm Bodies was Julie and R’s story, The New Hunger feels very much like Nora’s story – despite all three characters featuring throughout the book. For me, Nora was always a much stronger character than Julie; she was feisty and quick-witted – brilliantly portrayed by Analeigh Tipton in the movie adaptation – and it’s great to see how her character came to be so tough. The answer we find out in this book – because she had to be.

What’s so nice about The New Hunger is that it doesn’t try to be anything it’s not. It doesn’t overcomplicate the anatomy of a zombie and it doesn’t sugarcoat death, but it never comes across as morbid either – a clever trick that separates it from the masses of apocalypse novels. Marion’s writing is extremely readable, which might seem like a strange thing to say with regards to a book, but too many novels are so heavy that it feels as if the pages are made of lead. Marion’s casual, conversational tone is tinged with amusement throughout and identifies a writer who’s tuned into contemporary culture and the people who read his books.

As a stand-alone novel there’s not enough meat to satisfy somebody who has no prior knowledge of R, Julie and Nora, but then this is a prequel, and with that in mind it’s a terrific addition to the Warm Bodies world. George A. Romero might have been a pioneer for zombie-apocalypse but Isaac Marion is a pioneer for zombie-turned-good. Bring on the interquel!