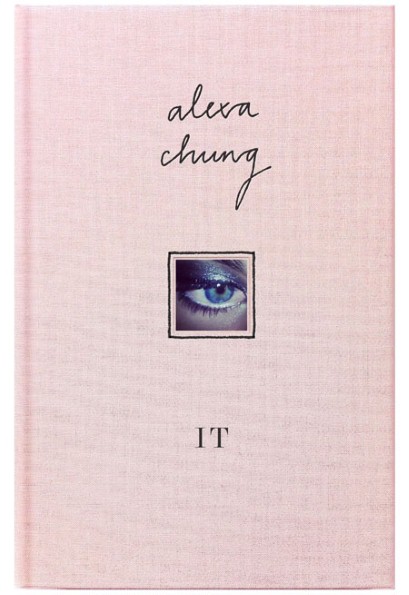 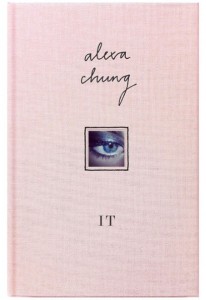 Alexa Chung’s debut book is not at all what you’d expect from this international trendsetter. With a pretty pink cover that screams girly coffee table book, it’s not fiction and it’s not a biography. Instead, ‘It’ is a collection of Chung’s thoughts, memories and inspirations, accompanied by photographs and doodles that give tiny glimpses into her fashion-immersed, celebrity-friend filled world.

Amid the charming assortment of pictures and text, it doesn’t take long to warm to Chung’s dry humour and intelligent wit as she chats candidly about life, love, fashion, music and iconic figures of pop culture. With an inherent affection for quirky, off-beat style icons and Jeremy Irons’ hair (yes, Jeremy Irons…), underneath the ‘It’ girl persona is an ordinary girl – albeit one of those naturally skinny, model-pretty, quick-witted and fun girls you’re instantly jealous of for all the right reasons.

The one thing that’s apparent when reading this book is that Alexa Chung is surprisingly down to earth and exceedingly cool. You get the impression that she thinks she’s anything but cool as she pokes fun at herself for her love of Dinosaurs, which she likes “like a nine-year-old boy likes Dinosaurs”. Indeed you’re just as likely to see her walking the corridors of the Museum of Natural History as you are to see her front row at London Fashion Week.

Whether she’s talking about her adolescent adoration of the Spice Girls, the trials and tribulations of experimenting with makeup, or the allure of the full brief over the g-string, which she’d “rather go commando” than wedge herself into, these are the musings of a generation of girls, not just one. Young women will relate to everything in this book, apart from the whole hanging out with Karl Lagerfeld thing – I can’t say I’ve ever done that. This could be the new bible for girls, with tongue-in-cheek thoughts on twitter, heart-break, the joys of karaoke and taking the perfect selfie – which is apparently vital where Instagram is concerned.

Underneath everything else though – the cute and bizarre doodles, the candid photos of celebrity pals – is the message that it’s OK to be a bit different, and that’s a wonderful message to put out to the world. Girls take note: Margot Tenenbaum and Wednesday Adams are perfectly acceptable style icons, there WILL be a man who will fancy you for your “zero boobs/skinny legs combo”, and being a tomboy with an androgynous sense of style doesn’t make you a boy – it’s fashionable.

Whilst it’s not a memoir, the book does seem to chronicle Chung’s influences from childhood to adulthood, starting with her love of horses (specifically a ploddy pony called Pip) at the tender age of six, through to her current life as an award winning style icon in New York City. It jumps back and forth from current day to back-in-the-day to fond memories of family and friends, and results in the ultimate ‘It’ girl scrapbook. Perceptive, witty and charming – this book is much like Alexa Chung herself.