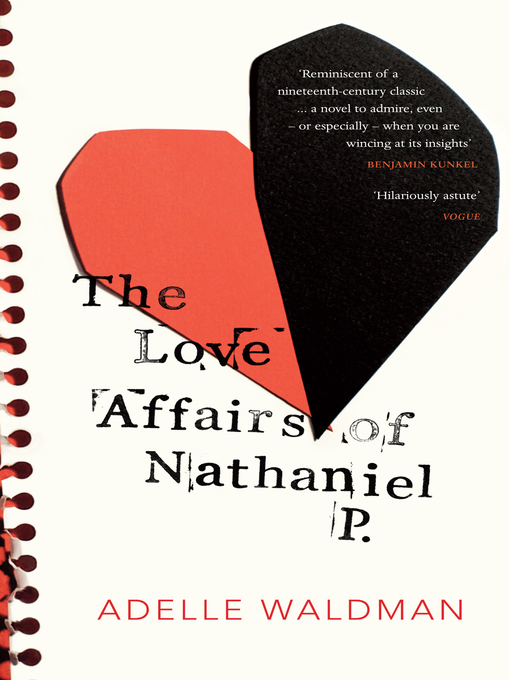 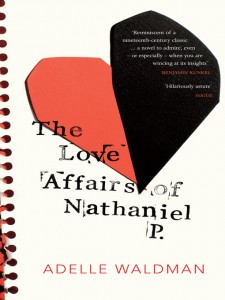 The hardest thing to understand about the opposite sex is that you can’t understand them, whether it’s a man trying to comprehend the female mind or vice versa. The truth is, women and men’s minds are wired differently, so the fact that Adelle Waldman has written a novel that focuses on dating and relationship experiences from the perspective of a man is a bold move. It’s bold because a woman getting into the mindset of a man is no mean feat, but it’s also clever because Waldman is able to effectively bring both sides of the dating sphere to the table; the male perspective as well as the female. Had The Love Affairs of Nathaniel P. been written by a man, it might have come across as egotistical and chauvinistic – especially to the female reader – but in the hands of Waldman it’s sensitive to both genders and incredibly intuitive.

The Love Affairs of Nathaniel P. centres on a rising star in the New York literary scene, the intelligent and literary knowledgeable Nathaniel Piven. After years of living as a struggling writer, Nate has recently secured a lucrative book deal and now has no shortage of opportunities at his disposal, including the opportunity to meet (and date) a host of desirable women. From hotshot Juliet and the beautiful but clingy Elisa, to ‘smart and nice’ Hannah and over-the-top Greer – Nate has a string of romantic conquests. Romance however, is something that comes and goes for him, despite the legion of wonderful and bright women who come into his life and just as quickly leave. Even though he tries exceptionally hard not to be the ‘egotistical male’,  Nate is a man who is quite simply never satisfied with what he’s got; he’s a modern man who has high expectations of the modern woman.

Adelle Waldman has driven head-first into the male psyche, where idealistic notions of the opposite sex can ruin a potentially good thing. Nate is highly intelligent yet he can’t seem to get past the tendency to pick apart the women he dates – her literary tastes don’t match his, she doesn’t impress his friends, she expects too much of him – until there’s really very little left to make him stick around in the morning. Perhaps it’s Nate’s enquiring and over-active mind or perhaps that’s just what twenty-first century men do. Do they expect too much from women? Do women expect too much from them? Are women really as needy and desperate as they’re portrayed to be? One thing’s for sure, Waldman makes clever observations about the priorities of men and women. At a certain point in their lives, women start being more interested in settling down and potentially starting a family than continuing down the rocky path of casual dating. Men, it would seem, don’t have the same axis shift until much later.

When reading The Love Affairs of Nathaniel P. it’s clear that Adelle Waldman, much like her protagonist, is very intelligent and her literary aptitude (she’s also a book critic) and astuteness helps to engulf the reader in this Brooklyn world of writers, intellectuals and artistes. Said characters occasionally appear a little pretentious though and as such, you never warm to them quite as much as you want to. You’re never entirely sure whether you’re intended to like Nate or despise him; he has certain ideals that would make hard-core feminists heave, but he never undermines women to the point that it’s truly offensive. His observations and musings are often sharp and amusing, pointing out his own issues and insecurities as much as they do the women’s.

The only minor qualm with this novel is that, much like Nate’s romantic life, it never really seems to go anywhere. The story is a steady read but there isn’t much in the way of a change of pace throughout the book which might frustrate those looking for something with a bit of light and shade, a bit of excitement amid the intellectual words. For a debut novel, this is a brutally insightful and intelligent read, cringing in places and hilarious in others, which leaves you begging for a sequel.