Mohamedou Ould Salahi (Tahar Rahim) was imprisoned and tortured at Guantanamo Bay for years, under (false) suspicion of being one of the masterminds of 9/11. The Mauritanian tells the true story of his time at the notorious detention centre, and the protracted legal battle it took to secure his freedom.

Kevin McDonald’s movie has one big factor working in its favour, and that is the spellbinding work of Tahar Rahim as Salahi. Rahim has been a mainstay of French cinema for over a decade now – A Prophet, Our Children, Heal The Living, The Past…  – but it is only in the last few years that Hollywood has started paying him attention. His lead turn in The Mauritanian is a thing of beauty, full of light and shade and deftly drawn emotional nuance; he’s as adept at portraying Salahi’s remarkably resilient sense of humour as he is his near-paralysing despair. In a film full of all-caps ACTING, Rahim’s is the sole performance that feels real.

The other main parts in this drama are all barely sketched and broadly played. Shailene Woodley is hamstrung by a paper-thin character who makes no discernible impact on proceedings. Benedict Cumberbatch’s entire personality is defined by his molasses-mouthed Southern accent. Jodie Foster fares a little better as a lawyer on a mission who doesn’t care if she’s hated as long as she knows she’s doing the right thing, but even then, you never forget that she’s Jodie Foster playing a role. Every time we go back to the three big names, pacing around a succession of anonymous beige offices, explaining acronyms and legal proceedings to one other in a series of dramatic exchanges, The Mauritanian becomes less engaging. The longer we’re away from Rahim, the more of a relief it is to get back to him. 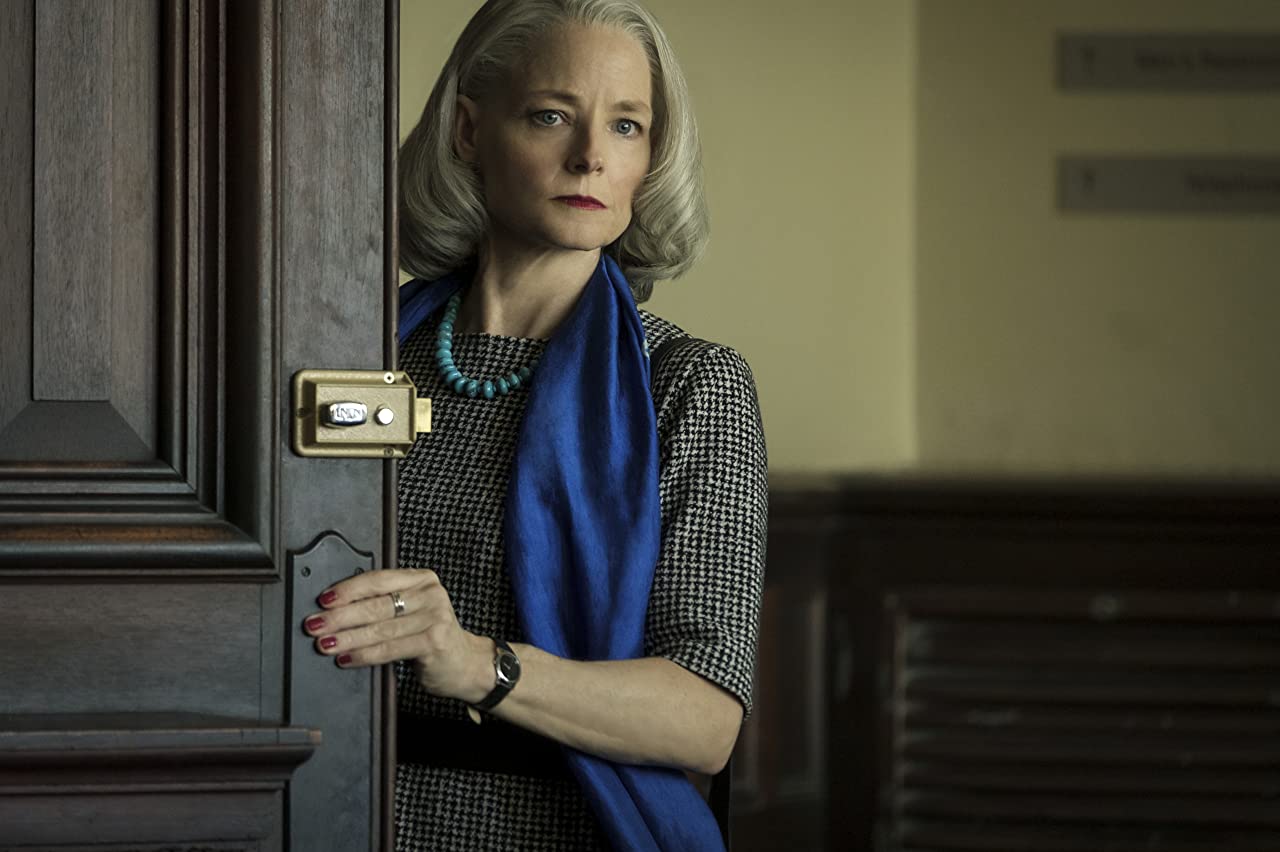 The problem is, this is a film we have seen again and again and again: a plucky few souls fighting back against widespread governmental horrors. A tale as old as time. Scenes which are meant to astonish us – as when Foster and Woodley finally receive the evidence they’ve been waiting for, but all twenty-thousand pages have been completely redacted – have had the bite taken out of them by the simple fact that we have been lightly marinating in awareness of these atrocities for decades now. It’s hard to imagine that there’s someone naive enough in the audience for this film to watch that scene and be surprised.

Whenever we leave the specific realm of Salahi’s lived experience, The Mauritanian sinks into this overdone, generic political thriller territory (and thriller is, to be blunt, a stetch). It has important things to say – not least how inexcusably abhorrent it is that Guantanamo Bay is still open all these years later – but relies far too heavily on numbingly conventional methods to get the message across. Salahi’s story is a powerful, infuriating, heart-breaking one, and Rahim’s stellar performance does it justice, at least. It’s just a shame that the rest of The Mauritanian never does.