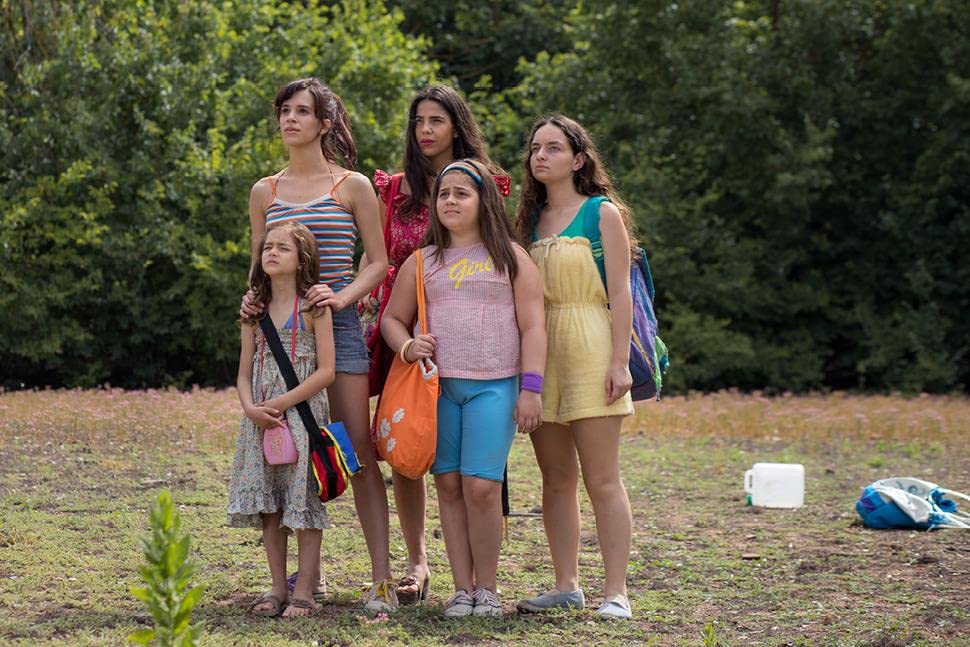 When we first meet the Macaluso sisters, they are five girls, ranging in age from five to nineteen, who live together in Palermo. They keep hundreds of doves that they rent out to parties and special events to make enough money to support themselves. Although they don’t appear to have parents (they are never mentioned) and their lives are far from easy, they are happy enough. They argue – what sisters don’t? – but they love each other.

Then the youngest, Antonella (Viola Pusateri) dies in a tragic accident at the beach, and all their lives are changed forever. We follow the surviving sisters, first during middle age and then during their twilight years, as they try to process their complicated feelings around Antonella’s death. Coming to terms with the tragedy will take their whole lives.

The Macaluso Sisters is directed by Emma Dante. She adapted it from her prize-winning play, although in every regard except the obvious three act structure, Dante’s vivacious direction is successful at hiding the film’s stage origins. This is particularly true before the tragedy strikes, in a first act which vibrates with joyful, abundant life. The doves, which become the most evocative motif, echo the sisters in their riotous movement, the way they fall over one another, and never stay still for any great length of time. 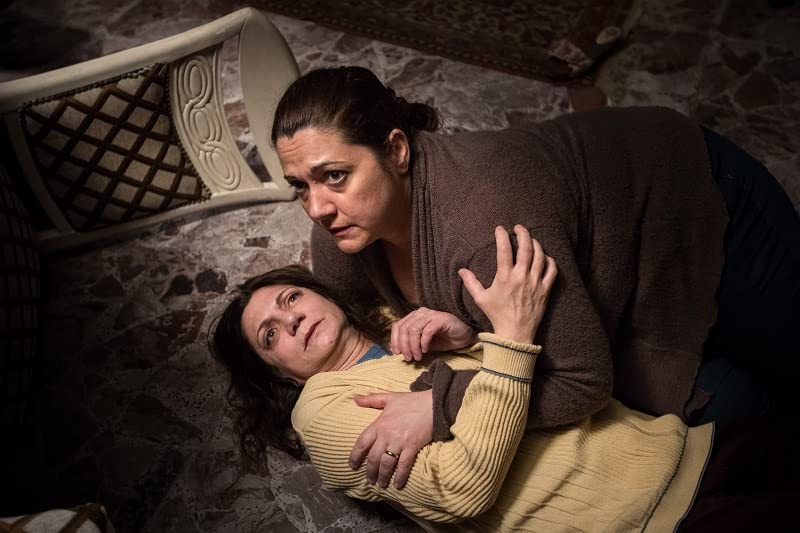 As we move on to act two, however, the action gets noticeably less raucous. Dante uses a different set of actresses for each time period, and it maybe takes a little too long for the film to help us match the middle-aged sisters with their younger counterparts, but once you’ve got a handle on who’s who, it isn’t a distracting device. Though it’s been decades, the pain of Antonella’s loss is still raw for the sisters; they’ve each been carrying it in their different ways, stewing in their grief and resentment. Their steps are heavier than when we first met them, and it’s not just because they’ve gotten older. Things get quieter and weightier still as we progress to the final act. Another sister dies. A third loses her grip on her sanity. The heady, carefree days of their youth start to seem like they happened not decades, but centuries ago.

Dante’s film is remarkably ambitious, using twelve actresses to show the whole span of the sisters’ lives in less than ninety minutes. Whilst it could have arguably done with a longer duration to help flesh the characters out further, between them, Dante and her troupe create a work of heart-rending profundity. There’s a refreshing lack of gloss to the acting here, a bruising emotional rawness as the devastated sisters wrestle each other on the floor, and stuff cake into their mouths with their bare hands. It’s also moving that when the sisters die, they remain in the picture, immortalised at the age that they shuffled off this mortal coil. The Macaluso Sisters is deeply attuned to the fact that our absent loved ones, and our grief at their departure, never truly leaves us. Not an uplifting film then, but a poignant and sensitive one.