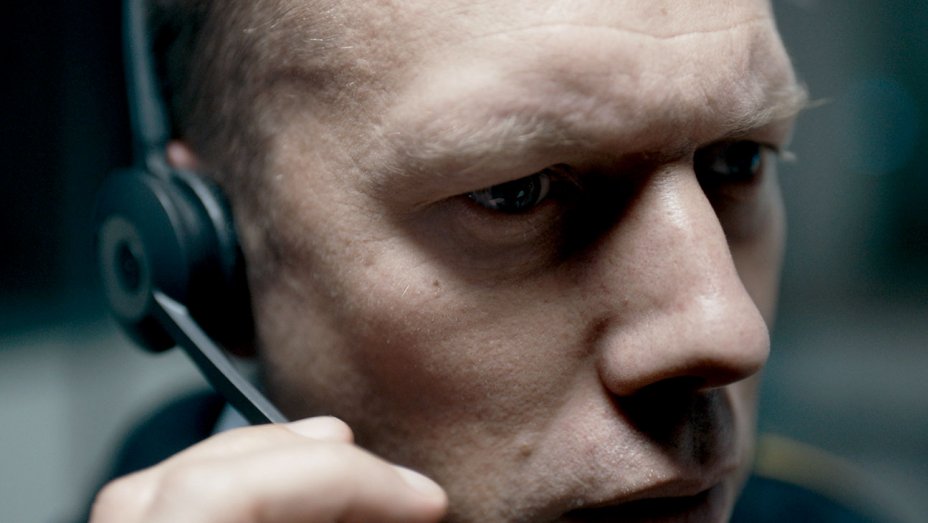 Asger (Jakob Cedergren) is bored. He used to be a street cop, but after an incident, he’s been temporarily transferred to the police call centre. Spending most of his hours fielding calls from time-wasters and pranksters, he misses the adrenaline rush of his regular beat.

So when he picks up a call from Iben, who has phoned to report her kidnapping, Asger is excited. He leaps into action, launching a one-man mission to rescue the terrified woman. It doesn’t take long for him to discover, however, that the case isn’t as simple as it first seemed…

The Guilty is set entirely within the confines of the police call centre. Though Asger receives many calls from the outside, we never see his interlocuters, we only hear them. The camera stays trained on the face of Jakob Cedergren.

And he’s terrific, in what’s essentially a one man show. Although he physically covers a space of around ten metres throughout the entire movie, he goes on quite the journey; as his initial apathy morphs into excitement, then to confusion, then to self-reflection, his performance remains compellingly well judged. One of the many clever aspects of The Guilty is that we know exactly as much as Asger; those agonising moments where he waits for new information are made more intense because we are waiting too. You can almost feel yourself in the room, pacing alongside him, as you will the phone to ring with the next bit of life-or-death news. 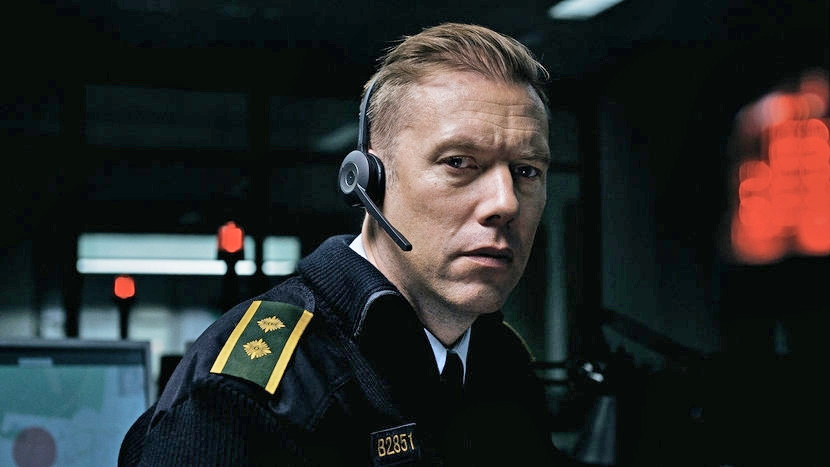 Also impressive is the way the film interrogates the whole notion of the renegade hero, the one-man-against-the-world myth that has propelled action movies for decades. As soon as Asger gets that first call from Iben, he’s away. He doesn’t stop to think. He stalks off into a private room where he can launch his own investigation, breaking every rule his employers have. According to the lore of any action-thriller from the last half-century, his impulsive actions should be enough to save the day.

But this isn’t your typical action movie. Asger soon begins to realise, with a queasy certitude, that he has got the wrong end of the stick. His interference has actively made things worse. If he had played by the rules, and not blithely ran off down his own rebellious avenue, then the people on the other end of the phone would be in far less danger. He hasn’t helped. He’s hurt.

As The Guilty moves into this third-act reckoning, we watch Asger recover himself in real time. Cedergren does some of his best work here, showing Asger reassessing, reprimanding himself, and moving on. There’s no time for a lengthy, soul-searching monologue about how wrong he’s been; the danger hasn’t dissipated, just because he has misunderstood the nature of it. He must carry on, new information at hand, as he tries to undo the damage he has caused. And as we have been since the beginning, we are right by his side, rooting for him.

The Guilty is an exhilarating ride, thrilling and thought-provoking in equal measure. One of 2018’s very best.