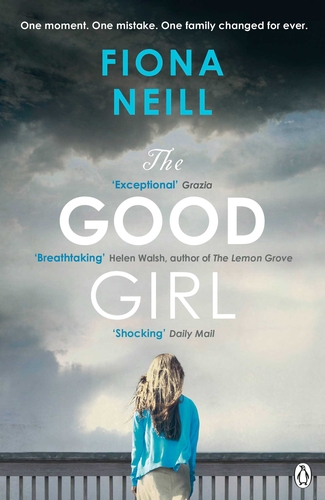 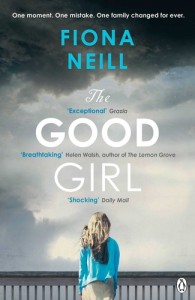 What happens to Romy is a living nightmare; what starts with an innocent suggestion and a film meant for private use ends with a touch of a button and a video that’s been posted online for the whole world to see. The video destroys Romy’s reputation and tears her world apart, but what we see in The Good Girl is not so much the devastating fallout as the entirely gripping prelude.

Romy’s role within her family has always been The Good One. Compared to her less ambitious older brother Luke and her younger brother Ben, who has unspecified developmental problems, Romy is a parent’s dream. She’s beautiful, smart, conscientious, never gets into trouble and wants to study medicine, but then she meets Jay and Romy and her family are set on a path that sees secrets come to light, relationships be tested and mistakes be made.

Although I feared I’d be reading a parable for the modern age – thou must never underestimate the perils of the Internet – I was pleasantly surprised to discover that The Good Girl was instead a more pointed examination of relationships, psychology and what motivates us to do the things we do.

With this novel, Fiona Neill has crafted a realistic family drama with all the complications that involves. Alternating between Romy’s first person recollection and her mother Ailsa’s third person narrative, The Good Girl does a fantastic job of building up the entire story through two conflicting perspectives. Between both Romy and Ailsa we slowly unravel the circumstances surrounding the family’s move to Norwich and follow their story towards the inevitable downfall as neither party is ready to reveal the truth behind their actions – it’s an engrossing narrative and serves as a definitive reminder that there are always two sides to every story.

Even knowing how this story is going to end doesn’t detract from its ability to pull you in. Rather, every decision that Romy and Ailsa make serves as another piece of the puzzle in figuring out how we got there. There are times where you want to shake some sense into Romy and others when you want to force Ailsa into noticing what’s going on in her family, but it all adds up to one gripping narrative and an overwhelming sense of dread as you hurdle towards the events in the prologue.

There’s also a lot of focus in this novel on psychology and neuroscience and, through Romy’s dad Harry, a particular emphasis on adolescent brain function. The questions of why teenagers are so impulsive, why they always remember their first loves, how addiction manifests itself and so on are constantly introduced and speculated on as the story unfolds, offering a scientific parallel to the narrative events. It’s a bold inclusion, even if it is sometimes a little hit-and-miss, but definitely an interesting one, providing an indisputable background for some of the more regrettable choices each character makes.

While not a parable, The Good Girl is undoubtedly a story with a clear message. It could get a bit preachy at times, particularly during the final chapters where the writing turned into more of an exploration of the dangers of slut-shaming and revenge porn, but this was largely an afterthought. Another version of the novel could have chosen to focus on the fallout of these issues, but The Good Girl as it stands just skimmed the surface in a way that meant an abrupt end and a lot of questions about what happens next, which is a disappointment but somewhat inevitable in any novel that introduces the end result at the beginning.

Beyond the warnings of a teenage-life being lived online, however, this novel has family at its heart and a tense coming-of-age tale superseding all else. It’s a beautifully written portrayal of a family at its breaking point, and a powerful tale of how keeping secrets has the power to put a strain on relationships and turn your world upside down.