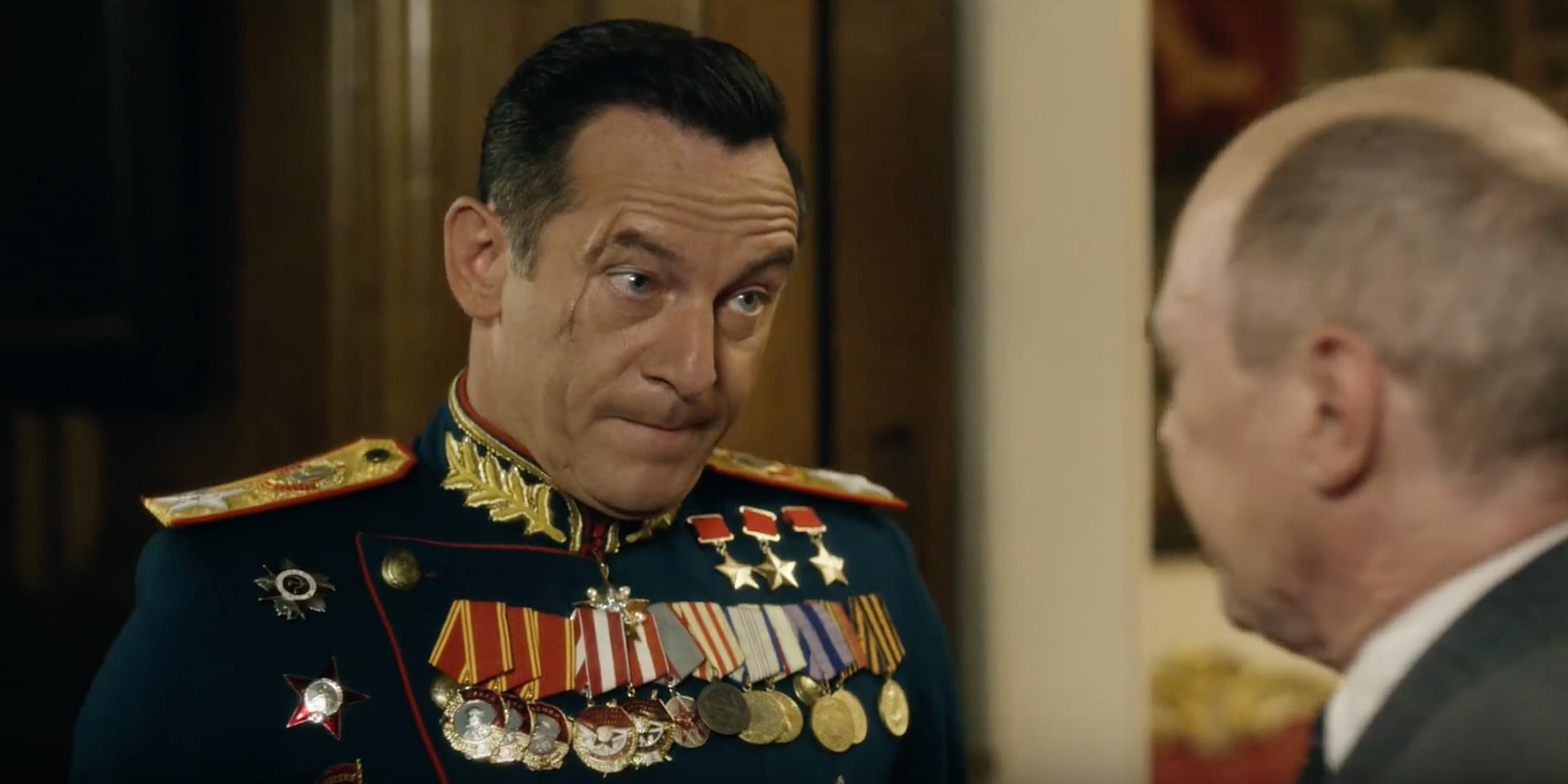 Everyone expects a comedy when it comes to director and satirist Armando Iannucci. The Death of Stalin is no different. The USSR politicians squabble like children for political power using swearwords and insults as their weapons. So far, so The Thick of It.

But, The Death of Stalin is Iannucci’s most accomplished and glorious piece of art because of how seriously he takes his material. There is no Malcolm Tucker cursing his way through the Kremlin. This is a well-researched, serious-minded effort with Iannucci composing scenes as well as anything seen in The Lives of Others or other paranoia thrillers. An early montage contrasting the ritual executions with the Central Committee partying elegantly says everything you need to know about 1950s Russia.

Of course, the Central Committee were not nice people. Lavrentiy Beria (Simon Russell Beale) was the paedophile and rapist. Beale is suitably menacing, coming across as a Christopher Nolan version of the Penguin. Even everyone’s favourite granddad, Michael Palin, is lovingly dislikable. Iannucci does not shy away from the brutality of 1950s Russia. He finds the farcical in fear with the high stakes amping up a number of jokes that land.

This is a world where everyone is listening. The director knows this. He, and co-writers David Schneider and Ian Martin, put their characters through situations that play on paranoia. Characters run around in states of disarray, the high stakes of their schemes being undercut by having to decide if the curtains should be ruche. The writers use fear as their main weapon, and their jokes are hilarious because you don’t expect a film about the Great Terror to be funny.

History tells us Khrushchev comes out as the eventual winner of the central committee’s childish game of thrones, and Steve Buscemi gives a career-best performance. He blends his trademark weaselly menace with the comic timing he shows in his eleven film appearances with Adam Sandler. Khrushchev is a foolish tyrant played with nuanced characterisation. It is never clear how far he’ll go until he goes there. His animosity towards Beria is believable, and his radicalisation reveals how dangerous overweight men with bad hair can be.

Ah, yes. The Trump reference. In the age of “The Donald”, most reviewers are going to attach anything remotely political to Trump. With its crazy characters bumbling through the plot, it’s easy to see how The Death of Stalin relates. But, it is actually Vladimir Putin that Iannucci has in his satirical sights. As famous Russian historian Simon Sebag Montefiore argues, ever since the squabbling Romanov dynasty, Russia has been a country in need of autocracy. By presenting Russian citizens as a faceless crowd who fawn over their dead leader, Iannucci suggests modern Russia accepts Putin because they feel they need him.

It’s a testament to Iannucci’s skill that The Death of Stalin is a darkly comic parable. He strikes an astonishing tonal balance. Who knew serious could be so funny.

Battle of the Sexes Review