Considering 12 Angry Men is set within a single room for the duration of the film (except the bookends on either side to set the scene), it is impressive how layered and timeless it remains today in 2017. While politics divides people across the world, 12 Angry Men restricts the social-commentary to a small group of men who share differing attitudes, experiences and opinions when deciding the fate of a man on trial. Within the eclectic mix are poor and rich men; nationalists and immigrants; old and young; intellects and sports jocks; and others in between.

Famously, the challenge rests on the shoulders of Henry Fonda. He is the one juror who isn’t comfortable with the guilty verdict considered by the eleven remaining. Dressed in a loose suit, he’s calm and collected and wants the group only to talk a little; to reflect on the weight of their task and the details of the case. Immediately, backs are up. Will one juror miss the ball game? Why debate something so clear cut? The man is guilty and it is obvious, so they say. Fonda questions, debates and argues his position and as more of the case is revealed, it appears as if eleven men were too quick to judge. 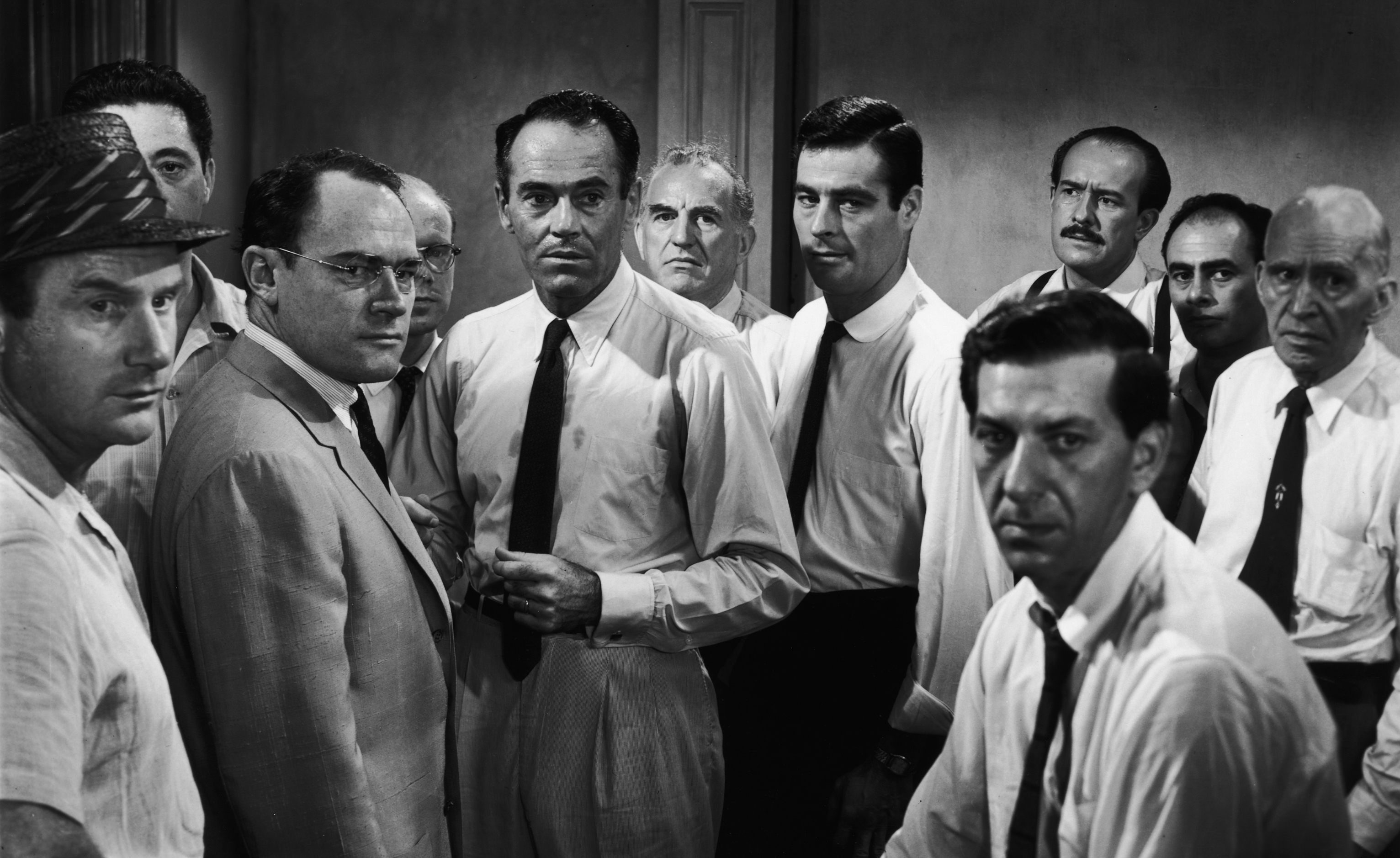 Based on a teleplay by Reginald Rose in 1954, it was adapted as a stage play in 1955 before the Sidney Lumet movie was released in theatres in 1957. This is, and remains, an incisive, engaging and nuanced story that resonates with each generation. Robert Vaughn and Nick Moran were in a London production in 2013 and Harold Pinter directed a version in 1996. William Friedkin directed another film with James Gandolfini, Jack Lemmon and George C. Scott. It could be recreated today as inevitably, in 2017, there are revealing parallels. Some jurors hold a perspective that connects to the cynicism and frustration that’d lead to a Leave vote in an EU referendum. Some men feel like they would vote Donald J. Trump to “Make America Great Again” after years of disillusionment and disappointment.

His first film, Sidney Lumet’s direction of 12 Angry Men is nevertheless bold and confident. He shoots in long takes and creates a claustrophobic atmosphere as he slowly moves in, throughout the film, to the jurors. The screenplay, by Rose himself, includes all sorts of intelligent quips and knowing criticisms. A personal favourite comes in the form of a loudmouth bigot (Ed Begley) judging the defendant by criticising his language. “He don’t even speak good English” he angrily states. The juror on his left (George Voskovec), a migrant from Europe, corrects him, “He doesn’t even speak good English”. This thoughtful balance between progression of the plot and teasing out the social issues that dominate the lives of these men is what ensures 12 Angry Men remains among the very best of American Cinema. 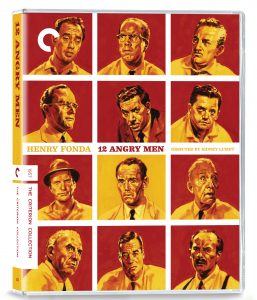 The optimism in how the film concludes, in a world where principle values of justice, equality and democracy are challenged, is difficult to digest. In reality, some would be stubborn enough to refuse to be drawn into conversation – the morbid reality of cognitive dissonance, as facts are replaced with fake news. 12 Angry Men reminds us that, despite those hard truths, it is conversation, credibility and a disciplined demeanour that may win hearts and minds. Fonda wouldn’t troll Katie Hopkins on Twitter and he wouldn’t assume a share of Jonathan Pie on Facebook will convince others of an opposing stance. Instead, he listens and presents the alternative – a lesson for us all in these polarising times.