Book Review: The Girl in Between by Sarah Carroll 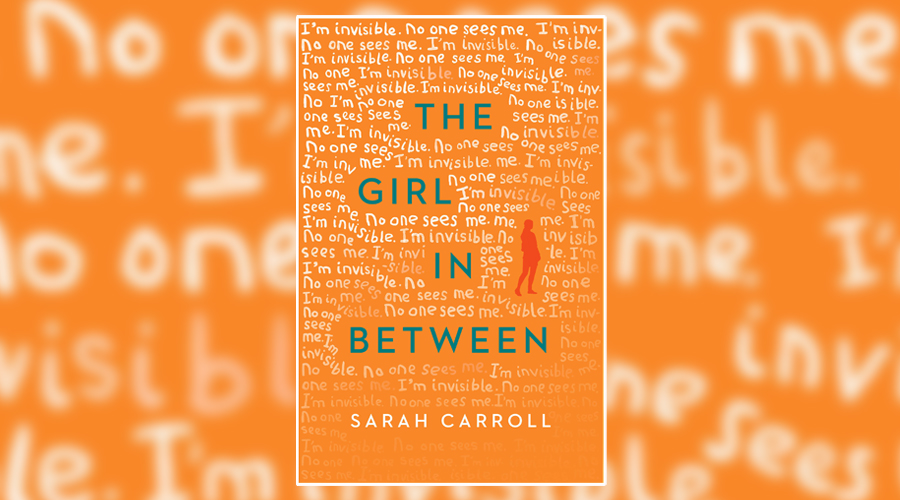 When starting an author’s debut novel, you’re never quite sure what lies ahead. The book could turn out to be the wonderful type that you never want to put down, or the awful kind that you struggle to finish. Thankfully, Sarah Carroll’s The Girl in Between is very much in the former camp, with its powerful yet subtle story of a young girl hiding from the world and the ghosts of people’s pasts.

Sam lives with her ma in an abandoned and decrepit mill in the heart of Dublin. It might not be much but it’s their castle – a place of their own to hide from all the bad things in life. And hiding is what Sam does best, lest the authorities come and take her away from her ma. The mill is where Sam feels safe but her world is slowly changing, and as her ma slips back into old habits, disappearing for hours at a time, Sam looks to the ghosts of the mill to keep her company.

It’s clear from the beginning that Sam’s ma is an addict who shouldn’t be looking after a child. Despite her best efforts to beg for money, she’s a negligent and anxious mother, not capable of giving her daughter the secure and loving upbringing that every child should have by right. It’s a perpetual, destructive cycle that ma can’t drag herself out of. Meanwhile, Sam watches other people from the mill as they live their lives and feels increasingly invisible to the outside world. She could disappear and nobody, bar her ma, would notice.

Inspired by a homeless man living in the shadow of a torn-down mill, Sarah Carroll has perfectly depicted how invisible people on the streets are to those walking by. People rush past Sam’s ma on their way to and from work, some stop to put a couple of coins in her cup out of pity, but most turn their heads the other way and pretend they can’t see her. It’s awful but true, perhaps we’ve all been guilty of it at some point in our lives. Because of her ma’s paranoia, Sam is confined to the inside of a crumbling building, making her even more invisible.

Through Sam and her ma, Carroll explores with heart-breaking accuracy the meaning of home and family, and how sometimes people have to leave things behind in order to move forward. You’re never quite sure if the spirits that Sam encounters are literal or figurative until the unexpected end that adds another level of poignancy to the book. The Girl in Between is a ghost story without the horror, an emotional and tender tale that leaves an impact. Sam might feel invisible to the world for the duration of the book but she leaves a dent in readers’ hearts that can’t be ignored.