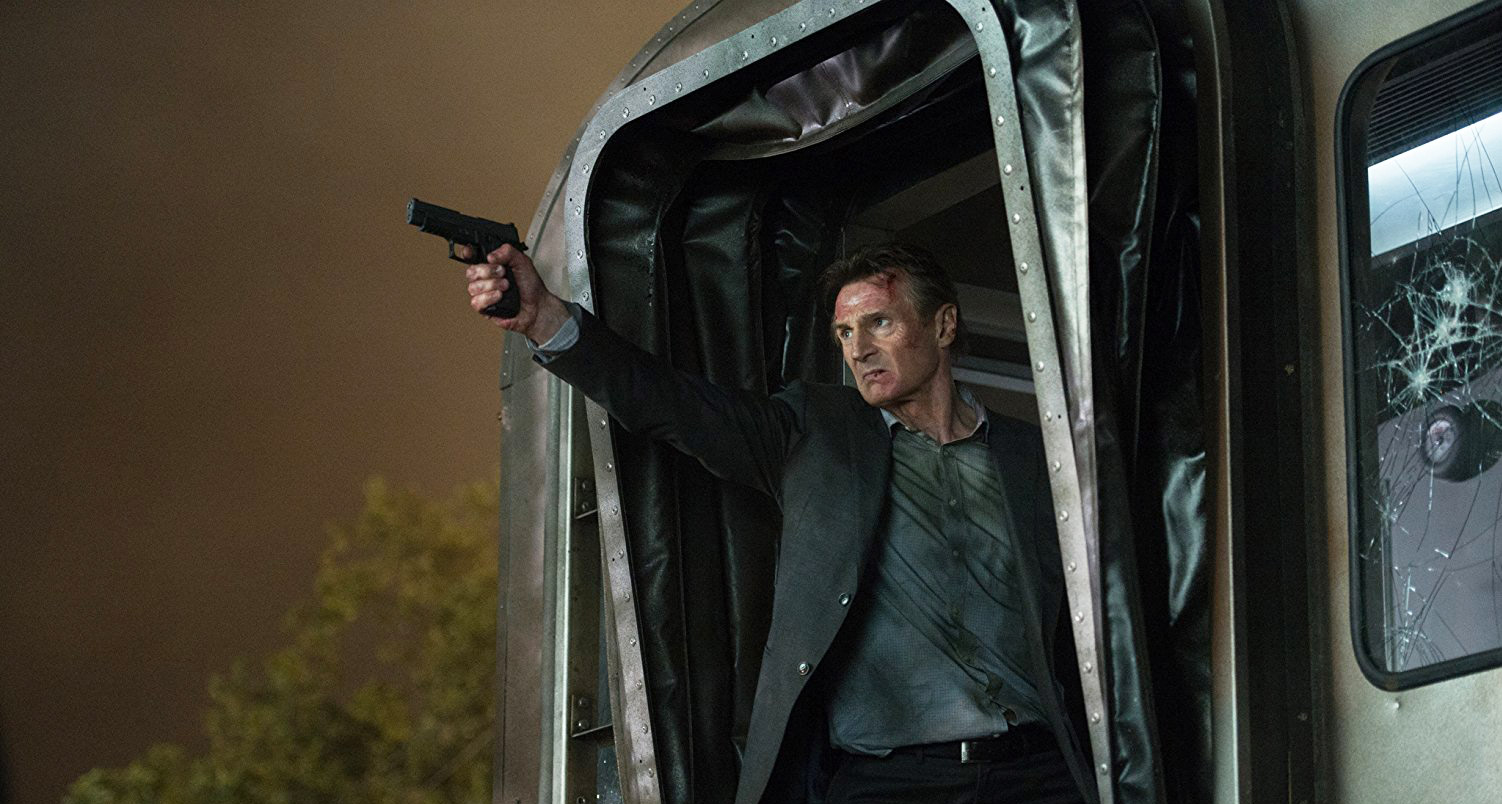 Evoking Hitchcock when you are making a suspense movie is a risky move, but that’s what Jaume Collet-Serra does early in The Commuter, when we see Vera Farmiga’s feet before we do her face, as we do with Robert Walker and Farley Granger in Strangers On A Train. Though Collet-Serra’s film can’t touch any of Hitchcock’s, the Spaniard has developed a confidence and an artistry that elevates him above most of his B-movie peers.

The Commuter stars Liam Neeson as Michael MacCauley, an ex-cop turned insurance salesman who has been fired at the worst possible moment for his family. On the way home, on the train, he meets Joanna (Farmiga), who sets him a task that could stop his money troubles: he must find a passenger by the name of Prynne, and plant a GPS tracker on them, and then he will be given a huge sum of money. Despite appearing a simple task, it soon turns deadly, as Michael is forced to fight for the survival of not only himself, but everyone on the train.

This is the fourth collaboration of Collet- Serra and Neeson, and their second set mainly on public transport (Non-Stop took place on a plane). Although it was Pierre Morel’s Taken that launched Neeson’s late career renaissance as an unlikely action star, Collet-Serra has become the most reliable steward of this persona. You get the sense that he inherently understands the appeal of Neeson; the weary everyman, the ‘particular set of skills’ learned over decades of hard work. You’d feel safe if Neeson was near in a life-or-death situation, just as you feel safe in the knowledge that a Jaume Collet-Serra production is going to be fun.

And The Commuter is fun. The ‘who-is-it?’ mystery and the claustrophobic confines bring to mind Agatha Christie. As Neeson investigates each fellow passenger, trying to find the mysterious ‘Prynne’, you can’t help but play along too. A starry cast makes this all the more enjoyable; in addition to Neeson and Farmiga, Patrick Wilson, Sam Neil, Jonathan Banks and Florence Pugh make memorable appearances. 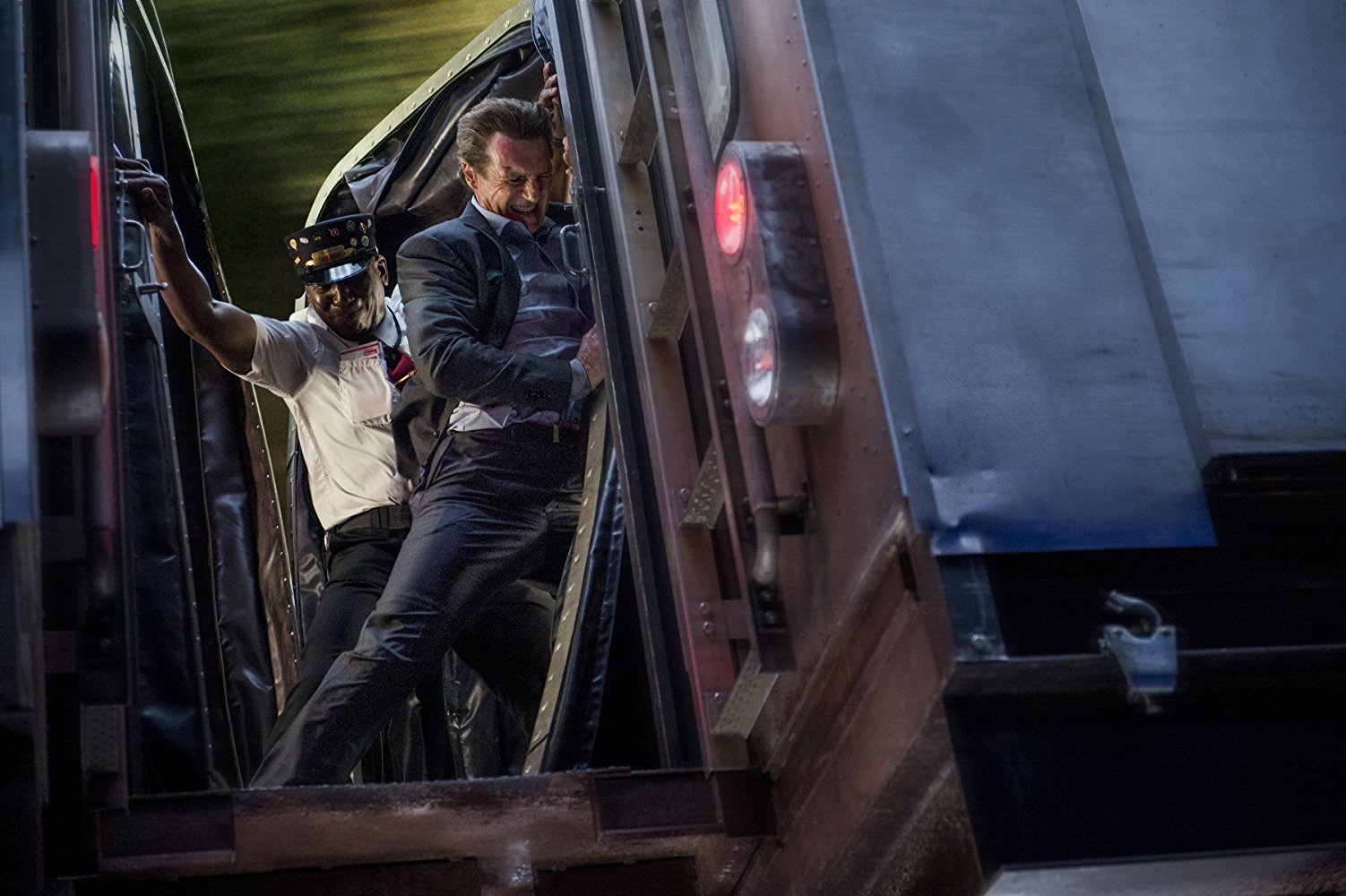 Of course, this being a Neeson/Collet-Serra film, there’s plenty of action. Baring in mind the limited space available, these scenes are choreographed with creativity and precision. A couple of highlights: a brutal fight that features the weaponization of a guitar, another fight that occurs in the tiny area between carriages, and a knuckle-biting sequence that involves Neeson clinging on to the underside of the train for dear life. He may be sixty-five, yet somehow Neeson continues to make a convincing action hero. It’s remarkable, really. 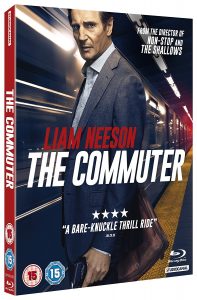 The sole part of The Commuter that doesn’t quite work is the David vs. Goliath narrative. Parts do – it’s believable that Michael would be furious at the system after being so callously fired, and the Spartacus moment at the finale is a nice touch. Having Liam Neeson tell a bumptious banker ‘On behalf of the American public, fuck you!’ is too much though. This is too good a movie to stoop to that level of audience pandering.

The Commuter is another successful outing of the Liam Neeson/Jaume Collet-Serra partnership, full of energy, intrigue, and inventive action sequences. Let’s hope Neeson has more of these films in him; the multiplex landscape would be a lot poorer without them.