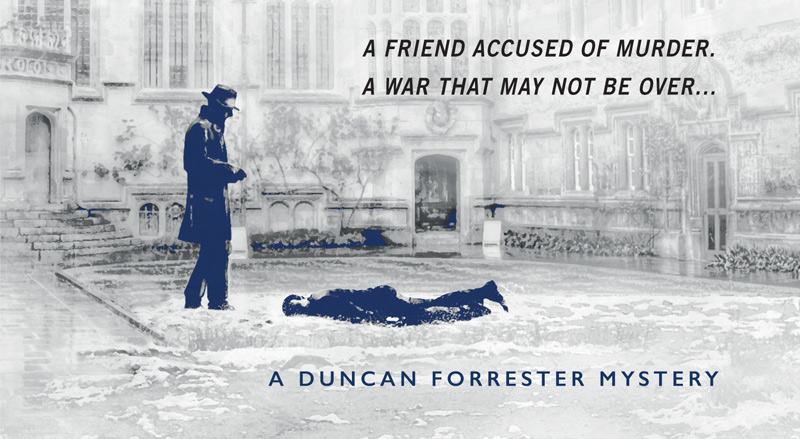 Perhaps the best way I have of summing up The Age of Treachery is to call it a murder mystery in the style of Indiana Jones, set in the murky world of international relations that was post-war Britain.

Ex-Special Operations Executive agent Duncan Forrester has survived the war and has returned to his role as a Junior Fellow in Ancient History at Oxford University, but he’s much more interested in returning to Crete to explore a chamber in a cave he’d stumbled onto while hiding from the Germans. When his best friend quickly becomes the prime suspect after the murder of their colleague, Forrester is quickly drawn into a fragile world of Norse sagas and post-wartime espionage as he sets out to prove his friend’s innocence.

As a murder mystery, The Age of Treachery is a solid effort. There’s a compelling set up and a broad cast of potential suspects, and it all happens in the ever-intriguing, beautifully-detailed and historical world of an Oxford populated by war-ravaged ex-servicemen, under cover of a mystical recitation of a long-lost Norse text. With the murder plot well and truly underway however, Forrester follows his leads from Oxford to London, Berlin and Norway and it’s here where the plot takes a very interesting and unexpected turn.

Gavin Scott paints a very real picture of Europe after the war in the description of the ravaged buildings, and the poor treatment of German women at the hands of the Russian army, but every new character is a new lead, and Forrester quickly finds himself being hunted down for what he’s trying to uncover. The novel easily travels from the discovery of long lost Norse texts that may contain satanic rituals, and may also be used to trade government secrets to rival countries, to uncovering a mysterious photo from a Norwegian chateau tucked away on a snow-covered fjord – and while the plausibility is questionable, you go along with it because it all adds to the mystery, and reads so well.

In fact, everything about The Age of Treachery makes it a quick and interesting little read, but it’s not overly substantial. The plot was quick, the places described in meticulous detail and the characters overly narratorial in that they instantly talk through the implications of every thought they have. But it is a page-turner, and an unpredictable one at that, with a conclusion that I definitely didn’t see coming. 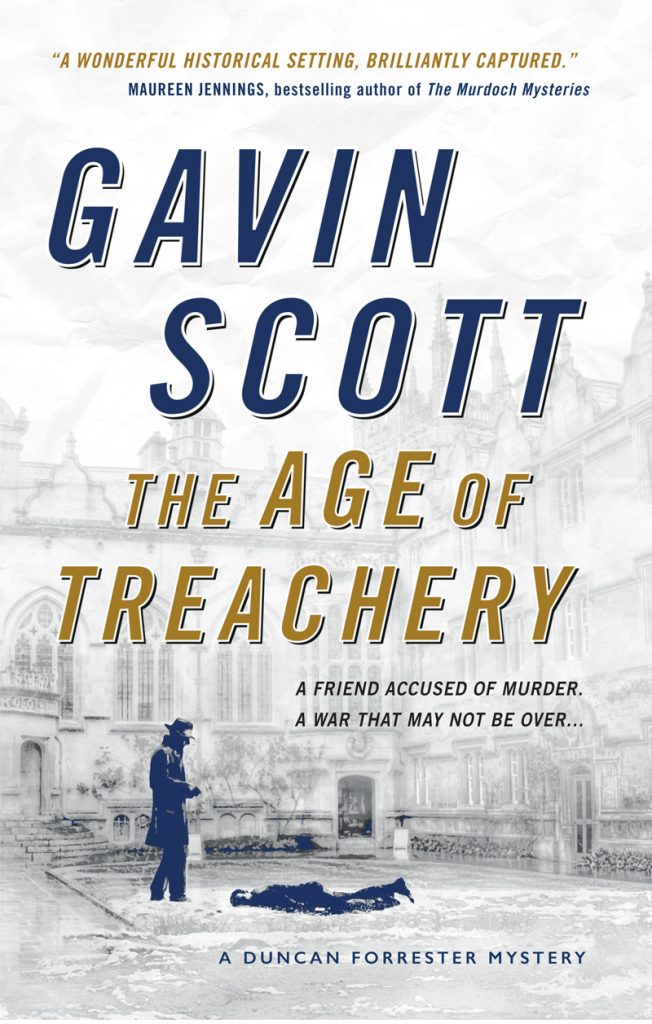 The main character is still struggling with his experiences of the war and how to move on with his life, while as a nation Britain is very much going through the same thing. Rationing is still in effect, buildings still destroyed and, as is pointed out, this is what it looks like when you’ve won. It’s a side of the war we don’t often see – the situation at home and on the front lines, yes, but a nation picking itself up again, not so much – and Scott does do a great job of making that strange mixture of a joyous, weary and determined world come to life. Which only makes the murder, and the possible motives Forrester uncovers, ever more suspicious when we begin to realise that some aspects of the war are still lingering, ready to be exploited.

While it’s worth reading for that alone, what really makes this book stand out is the appearance of prominent literary figures. Ian Fleming, in his post-War position at The Sunday Times, cameos to provide Forrester with the kind of gossip that helps him make a bold leap in his reasoning, while in a more memorable moment, Forrester stumbles into Professor J. R. R. Tolkien and C.S. Lewis arguing over their unfinished manuscripts (Lord of the Rings and The Hobbit respectively) in an Oxford pub.

The Age of Treachery isn’t a taxing read. It’s fast, intriguing and keeps you guessing, and it won’t challenge you. In short, it’s the best kind of book to dip in and out of before bed or during your commute – and it’s well worth your time in doing so.

The Age of Treachery was published by Titan on 12 April 2016.