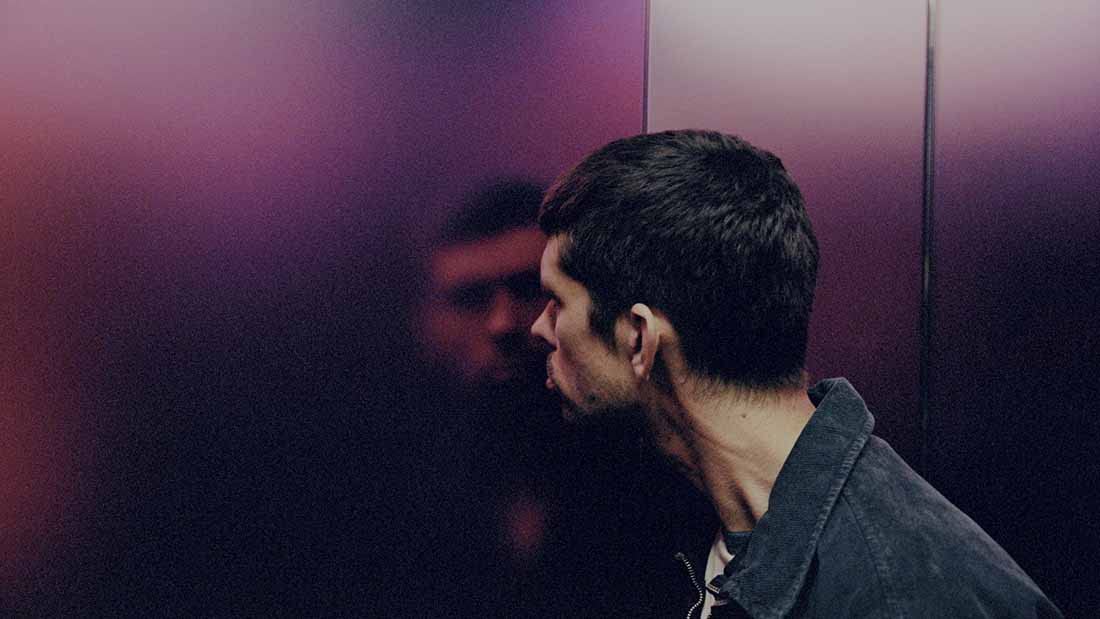 Joseph (Ben Whishaw) mans the metal detectors at Stanstead Airport. He doesn’t have any friends, he doesn’t get on with his parents, he lives alone in a world he increasingly finds intolerable. One day, he just snaps. Surge – the feature debut of writer-director Aneil Karia – follows Joseph on his subsequent frenzied charge through London.

Throughout its festival run, Surge has been drawing comparisons to controversial Hollywood box office hit Joker. It isn’t hard to see why: both are chronicles of men (somehow it’s always men…) deciding that they’ve had enough of abiding by society’s rules, and setting out on violence-fuelled rampages. The men in both films have complicated relationships with their mothers. They both have brief dalliances with young single mums. They both feature awkward scenes of the protagonists interacting with kids on public transport. Yes, comparisons between the two movies are hardly misguided.

Surge is better, though. For one thing, it isn’t weighed down by the need to make big, grandiose declarations about the state of society as a whole. It is the specific story of one specific man, and never tries to be anything more. For another, it is genuinely unpredictable. Joker was bound by the need to fit its narrative into a long established comic book storyline. Surge hasn’t got that issue, and as Joseph is such an erratic character, he seems capable of doing pretty much anything.

Ben Whishaw’s lead performance is unlike any he’s given before (it’s amusingly jarring to remember that this is the man that voiced Paddington Bear). His Joseph is simultaneously magnetic and repellent; his permanent jitteriness, the unnerving restlessness of his face (he does this thing with his jaw which is particularly hard to watch) makes you want to look away, but his mesmeric intensity means that isn’t an option. Karia’s camera stays right by his side, blurring the rest of the world in shallow focus, mirroring his mental state with its lurches and shakes. At moments of extreme freneticism the jerky movements of the camera can become a little nausea-inducing, but it certainly helps us appreciate Joseph’s total lack of control, and exacerbates our discomfort further.

Also impressive is the way Karia uses a clever soundscape to takes us on this journey with Joseph. Even when we first meet our protagonist, when things are (relatively) normal, Karia picks out certain noises and makes them slightly too loud – the gulp of some water, the clatter of cutlery, the ding of a microwave. And it builds and builds, until before we’ve even noticed, it’s become difficult to breathe. Whilst the meat of the film has the feeling of total anarchy, Karia always has complete control of the climb and fall of Surge’s tension levels – although perhaps he lets them fall just a touch too quickly in the second half of the movie, lending the concluding passage a slight air of anti-climax.

Edgy and intense, with a blistering lead performance from Ben Whishaw, Surge is an uncomfortable, unforgettable experience.