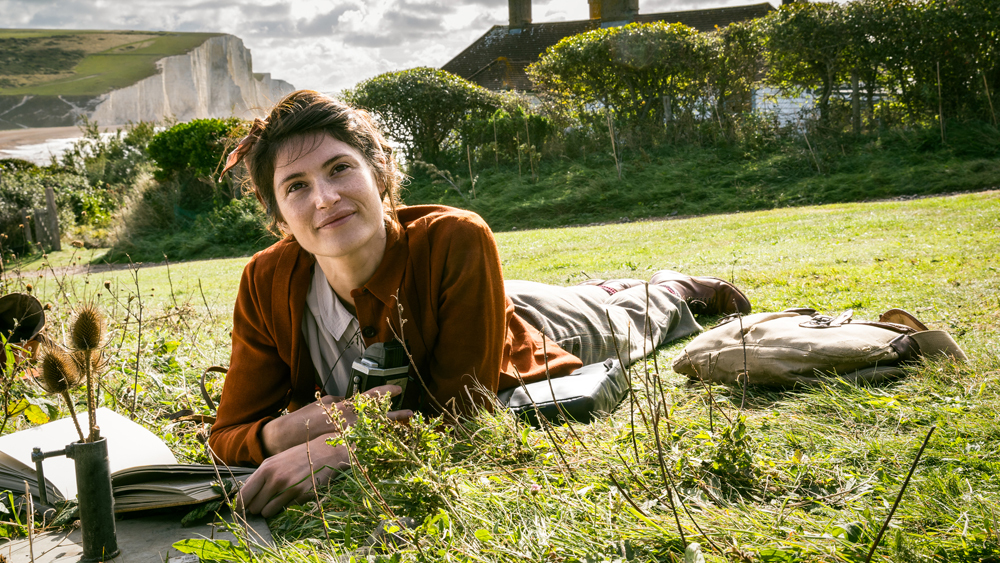 It’s World War Two (hey, this is a British film, it’s always World War Two!) and academic Alice (Gemma Arterton) is annoyed to find an evacuee, Frank (Lucas Bond), on her doorstep. Alice lives alone and she likes it that way; the thought of a little boy getting under her feet and demanding attention is very unappealing indeed. Despite all her efforts, however, she can’t get rid of him, and before too long, Alice ends up warming to Frank. As she gets to know her young charge, she reminisces about the last time she shared her life with another person: Vera (Gugu Mbatha-Raw), the woman she loved two decades earlier.

For a certain, depressingly large segment of the British film industry, it seems as though time stopped in 1945. Apparently there’s been nothing worth exploring in the last seventy-five years, there are no present-day issues we want to engage with; let’s just wring another cosy movie out of those trusty old British wartime years. It’s always the same actors, the same characters, the same creaky plots, pretty costumes and cloying music. It’s spooky really; within a minute or so of the opening credits, an entirely new film can feel like something you’ve seen fifty times before. Déjà vu all over again.

And so it is with Summerland, the latest perfectly inoffensive, utterly unchallenging artifact to be vomited out of that maddening production line. If you were being generous – and after so many of these infernal things, I am not inclined to be – you could applaud the fact that Summerland offers up a positive portrayal of a same-sex relationship. It does, it’s undeniable, but the way in which it does so is broad and uninteresting. The relationship between Vera and Alice plays out within a handful of montage-heavy flashbacks; there’s no specificity, no real sense of character. The scant time we spend with them together as a couple prevents us having any real investment in their romance. That’s before you get to the pivotal pair of contrivances that drag the movie into its final act, which are so mind-explodingly unrealistic and stupid, it blows any feeling you may have had for Vera and Alice out the window.

Hot mess of a plot to one side, Summerland isn’t a bad film. Gemma Arterton and Gugu Mbatha-Raw have covered this ground – both period drama and same-sex romance – so many times before, they know what they’re doing. The kids turn in decent performances. The action is set in a picture-perfect seaside town in Kent, and that scenery is taken full advantage of. The direction is serviceable.

No, Summerland isn’t a bad film. There’s just no reason – when the last five years have given us Their Finest, The Guernsey Literary And Potato Peel Pie Society, Goodbye Christopher Robin, Waiting For Anya, The Aftermath, Darkest Hour, Churchill,Dunkirk, Dad’s Army, Suite Française, and so. many. more – for it to exist.