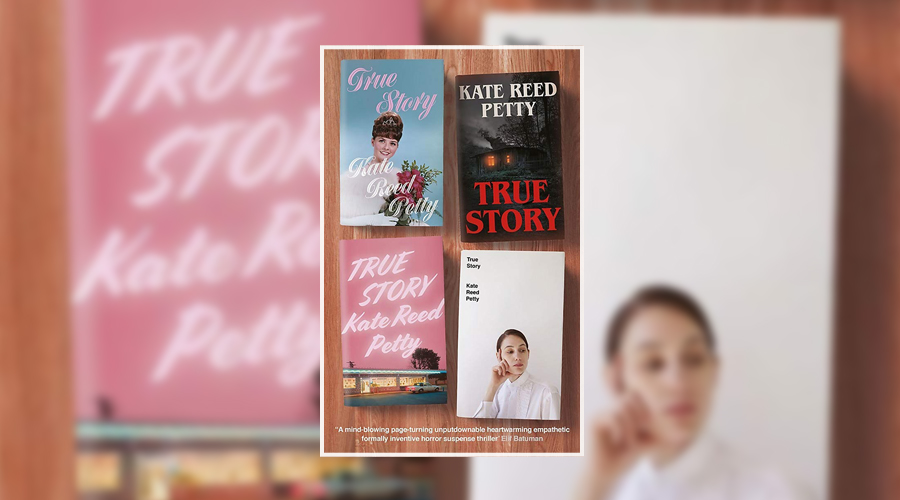 “True Story does not follow the usual path of a novel”, Kate Reed Petty says about her debut book, which begins with a high school lacrosse party in 1999 and the subsequent rumour of a sexual assault. Bending narratives and perspectives, the story plays with our expectations of classic genres and the way we as readers approach and absorb them. It’s not just how we perceive the story though; it’s as much about how and why the story is told in the first place. It’s about “who gets to tell the story in the way they want to tell it”.

Like all high school parties, the one that opens True Story is fuelled by alcohol and the kind of high-spirits that make teenagers feel invincible. As the night draws on, two boys drive a girl home and she passes out in the back seat of the car, waking up on her front porch with no memory of what might have happened when she was asleep. Rumours spread through the school in the days that follow but the boys tell the police their version of the truth and no charges are made. Life, for some, moves on.

For Alice, the girl at the party, life also moves on but her mind doesn’t. She’s traumatised by an event she can’t remember, which affects who she chooses to trust and what she believes she deserves. For Nick, the naïve and misguided boy who stood by his friends, life seems hell-bent on making him pay for what happened all those years ago. Fifteen years later, neither Alice – now a ghostwriter – or recovering alcoholic Nick really knows what exactly the truth is but it still shapes their respective paths as they try and fail to put the past behind them.

This is one of the most unusual and thought-provoking books I’ve read in a long time. Mixing up perspectives and formats, it’s part campus novel, part personal memoir, part psychological horror story and part noir. Both Alice, Nick and the more minor characters are all morally ambiguous – you don’t get a sense of anyone being simply good or bad – which adds to the uncertain nature of the truths being told. Can we trust the characters’ versions of events when they don’t even have the full facts themselves? Moreover, should we trust them? And when it comes to a story of assault, what makes us believe one person over another?

Kate Reed Petty takes readers on a multifaceted journey that explores memory, reality, fear and fate. What’s real and what’s fiction feels fluid and changeable, making the narrative’s trajectory a constant – though not always pleasant – surprise. The truth of the tale isn’t something I could ever have predicted. Which is ultimately the joy – if that’s a word you can use with a book about such urgent and unnerving themes – of True Story: its ability to surprise and impress from the opening, right up until the final page.

True Story is published by riverrun on 4 August 2020

Most Disappointing Movies of 2015