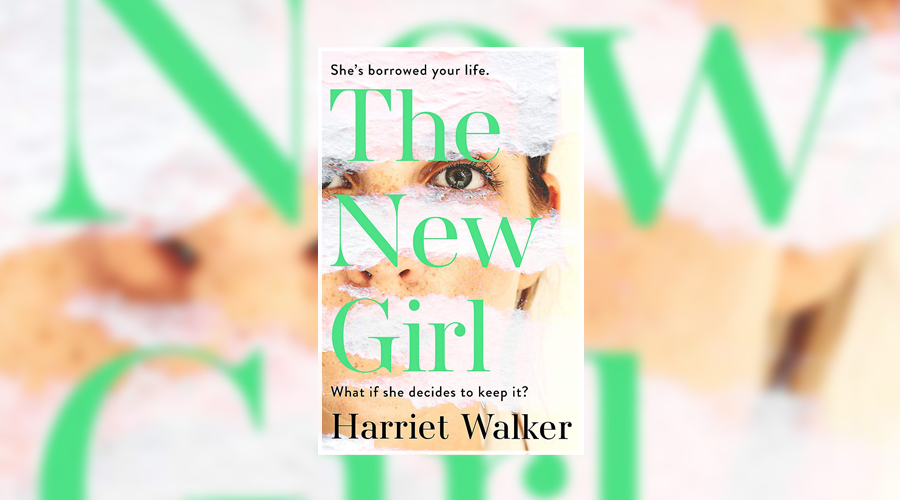 It’s not very often that a novel can be described as both stylish and sinister, but in her taut and brutal debut, Harriet Walker has managed to achieve exactly that. The New Girl is a novel that keeps its readers on their toes from the very first page. Just as scratching beneath the glossy and glamorous surface of lead character Margot’s perfect life reveals an unsettling mass of secrets, insecurities and psychological turmoil, so too does this novel use the veneer of its wonderfully-written twists and turns to tell another kind of story – one that masterfully builds up tension as it goes beyond the surface thrills to examine the complexities of female friendships and rivalries, and the danger that lies therein.

The New Girl centres on Margot Jones, a fashion editor with a successful career at Haute Magazine, a loving husband, a beautiful house and her first child on the way. She’s used to her glamorous life being the envy of women everywhere, which is why she’s determined to choose the person who will be her maternity cover for herself – someone who’ll do a good job, but who won’t pose a threat to her future at the magazine when it’s time for her to return. Enter freelance journalist Maggie Beecher, who jumps at the chance to live a better life as acting fashion editor at Haute, even if it’s only temporary.

But when the arrival of Margot’s baby coincides with the destruction of one of her oldest friendships, Margot is sent into a spiral of paranoia and suspicion. Meanwhile, Maggie’s life becomes a whirlwind of fashion shows, global travel and exclusive perks, and the idea of giving up the job at the end of her contract becomes increasingly harder to contemplate. As the year goes on, Margot finds herself the target of a vicious social media troll who stirs up memories of one of her darkest secrets, and she begins to suspect that the new girl may just want to keep Margot’s perfect life for herself.

“Then she remembered the fact that all this glamour, all this opulence, had an end date – when Margot returned – and felt suddenly, momentarily bereft, even though her adventure had barely begun. It would be hard to hand it all back, she realised.”

Fittingly, for a novel that is so centred on dichotomies, The New Girl is very much a story of two halves. The first offers a slow-burn build of suspicions, tensions and shifting allegiances, while the second delves more firmly into thriller territory, packing in plenty of twists as it builds towards a suitably gripping finale that keeps readers hooked right up to the final page. The only problem is that the two halves don’t always gel together as seamlessly as perhaps was intended, and as a result it feels as though The New Girl is a novel that’s torn between the stories it wants to tell.

The first half of this book offers exactly what it says in the blurb, shifting between Margot and Maggie’s perspectives as the two women traverse this liminal space that they found themselves in as soon as Maggie stepped in as Margot’s maternity cover. There’s a constant push and pull between the two women that Walker navigates perfectly, and it’s a delicate balance that’s used cleverly to heighten the tension in increments as we jump between the two narratives, joining each woman as they second-guess everything about the other, from their motivations and ambitions to whether they were making a pointed remark with that particular Instagram post.

The second half of the novel, however, veers away from the psychological thrills of the early chapters that had made for such interesting and engaging reading to tread more familiar ground, and it never quite settles into its new groove. Of course, that’s not to say that The New Girl loses any of its earlier impact in making this shift. In fact, Margot’s earlier anxieties and deepest insecurities are only amplified here, as the isolation of new motherhood, the increasing worry that she’s being replaced and the fear of her buried secrets coming to light remain constant beats of Margot’s suspicions throughout. It does, however, hit a stumbling block, and the welcome ramp up in action and the increasingly high stakes is offset by the addition of a clunky third narrative voice and an abrupt ending with some moments that don’t quite ring true in a bid to preserve the book’s final twist.

Despite the uneven pace and rushed ending, however, there is little doubt that this is one debut that earns the ‘compulsive read’ moniker. It’s beautifully written and unflinching in its intensity, presenting a rich and multi-layered read that’s chillingly realistic and driven by its cast of flawed and complex characters. At its core, The New Girl is a fascinating exploration of female relationships and women’s voices, born from the kind of experiences that will ring true for many readers, and it offers up plenty of unsettling moments that’ll keep you turning the pages long into the night.