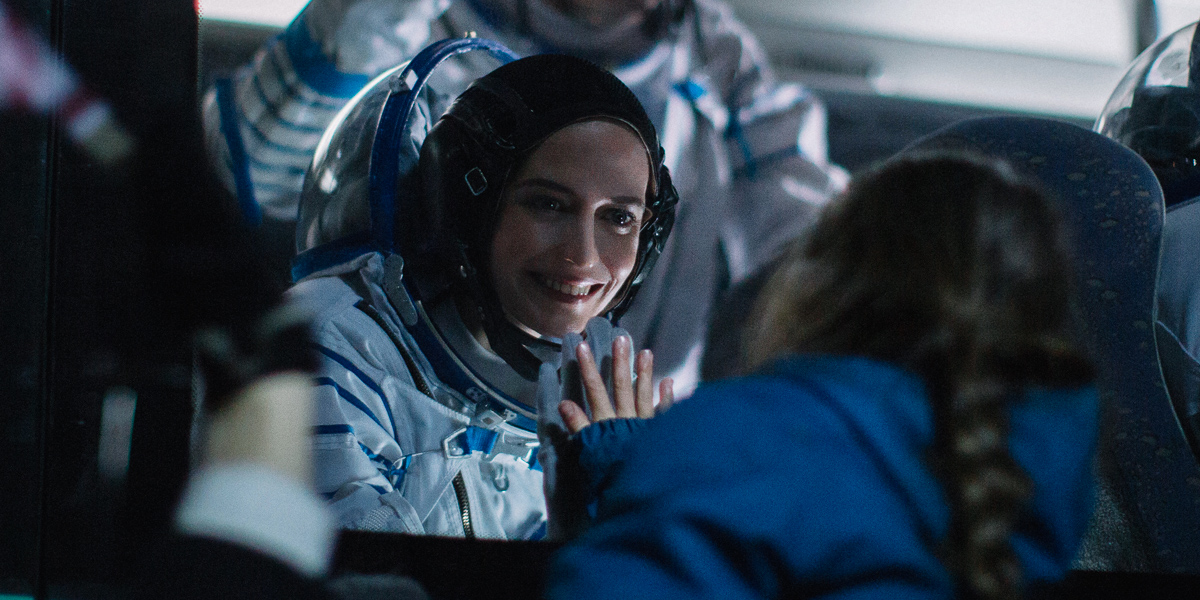 ‘The fact that women are not in this field is part of our social order. It may be undesirable.’ So said astronaut John Glenn, in 1962, at a congressional hearing into whether women should be allowed in the space programme. Thanks in no small part to his comments, it would be twenty-one years until the first female American astronaut, Sally Ride, left earth’s orbit.

Proxima is based in the present day, and yet the misogyny espoused by Glenn and many of his compatriots is still rampant amongst Sarah’s (Eva Green) colleagues. She’s a French astronaut who’s about to spend a year at the International Space Station, much to the concern of her eight-year-old daughter Stella (Zélie Boulant). We follow Sarah as she undergoes intensive physical training, bonds with her fellow astronauts, and tries to work out how to prepare herself and her daughter for their lengthy separation.

Whilst there are a few moments of egregious sexism – Mike’s (Matt Dillon) comments about French women being great cooks earn him a well-deserved glare from Sarah – Alice Winocour’s film is more concerned with the whole picture of being a female astronaut. One of the most intriguing elements of Proxima is how conversations about basic things – childcare and menstruation – feel positively revolutionary. The burden, after all, falls heavier on women.  So much of the vital familial maintenance is left to mothers; when women are the ones in space, what happens then? How do we even the playing field? The movie never gets overly preachy about misogyny – even Mike is allowed to mellow in his sexist attitudes – but the questions it asks are searching and important. 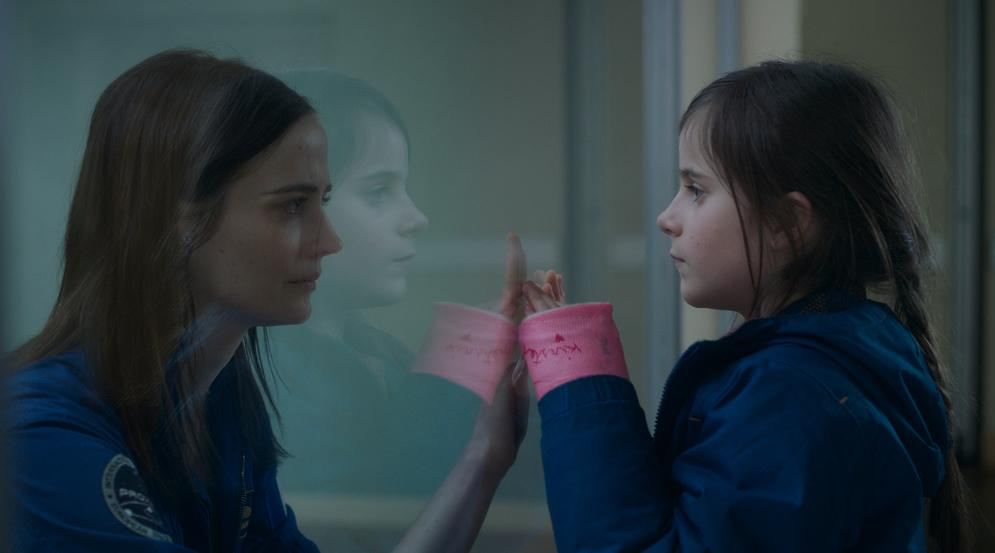 The whole heart of Proxima, however, isn’t in the wider issues of societal misogyny, but in the relationship between Sarah and Stella. Winocour wordlessly underlines the looming enormousness of their separation by focusing on the intimacy of their mother-daughter bond. Before they are as far away as two people can be, they are so very close. Even during their earth-bound estrangements – when Sarah is at training camps in Russia and Kazakhstan, and Stella is staying with her dad (Lars Eidinger) in Germany – Sarah feels painfully out of the loop as to what’s going on in her daughter’s life. As the launch date gets ever closer, the horrible reality of being parted from Stella is never far from Sarah’s mind.

Eva Green plays against type in Proxima, in that… well… she’s playing a normal person. After years of roles as distant, witchy women – as well as the impossibly glamourous Vesper Lynd in Casino Royale – to see her portraying a character who has to deal with childcare and workplace sexism is incredibly refreshing. Green is wonderful in the role, and it allows us to see parts of her range that are usually hidden behind an impenetrable veneer of icy mystique: vulnerability, uncertainty, self-doubt. She’s as bewitching as ever, but she’s never seemed more human.

Intimate and vast, specific and all-encompassing, Alice Winocour’s Proxima is a gorgeous exploration of space, sexism and the special relationship between mothers and daughters.

The Salvation Interview: Kristian Levring on Westerns and Danish History

White Bird In A Blizzard Review