Ireland duo Saint Sister look set to have a very memorable 2018, indeed. Not only have they announced details of their debut album, Shape of Silence, but they’ve hit SXSW where they won favour with NPR, announced a worldwide tour including a hometown show at Olympia Theatre, and they’ve dropped a beautiful new single in the form of ‘Twin Peaks’. They’re certainly a band to watch, so we caught up with them to talk Twin Peaks – both the song and the TV show, Ireland’s music scene, and touring life.

You dropped ‘Twin Peaks’ a few weeks ago, an electronic slice of ambient folk that sees you explore the more blissful, optimistic part of life. What can you tell me about that song? How did it come about?

Morgan MacIntyre: The song came about as a very instinctive reaction towards a friend who was going through a difficult time. The words were all on the tip of my tongue because I was just writing down every thought that came into my head, there’s nothing complicated at all, just every thing I could think of that I wanted to say to my friend, to try and distract them from what was going on. It’s blissful with an undercurrent of darkness and denial. It’s all about ignoring your problems which is really terrible advice but the only sort that I could muster at the time.

You wrote ‘Madrid’ having never been to Madrid. Have you seen Twin Peaks?

Morgan MacIntyre: I’m a big fan of Twin Peaks. I watched the first two series a few years ago and wrote the first line to the song in anticipation of the third series coming out. I love how David Lynch mixes the surreal with the mundane. The result is more often than not startling, simple, awkward and beautiful.

This comes from your debut record, Shape of Silence, which is slated for an October release. What can we expect from that?

Gemma Doherty: It very much feels like the end of the first chapter. Three years of getting to know one another, figuring out what we’re about, and our writing dynamic. There are a couple of songs which have been previously released, which it didn’t feel right to make our debut without. But we are most excited about the new songs on there. We’re always trying to push ourselves sonically; hopefully the album feels like a progression from our older material. We’ve taken our time with it, we wanted it to really make sense as a longer piece. The record begins almost hopeful and optimistic, and as you move through becomes a little more introspective.

You recently had a stint in SXSW, which is infamous for being a wild, but tiring, time for bands. How would you describe it?

Morgan MacIntyre: SXSW is amazing. This year was our second time there and we were fortunate enough to play some really lovely venues. The festival can be quite overwhelming at first; there’s just so much going on and it’s very easy to feel a bit lost but there’s a brilliant energy to the place and Austin is a really great city to visit.

Your music reminds me of the likes of Bon Iver and James Blake, due to its quasi-classical electronic edge. What are your influences as a band?

Gemma Doherty: You’ve named two of our favourite acts so that’s a nice start. We both come from quite different musical worlds and although we tend to have the same instincts, we have pretty different influences. Morgan often cites the great songwriters, Joni Mitchell, Johnny Cash, Joan Baez as a big influence on her writing. I suppose I’ve been influenced by Irish traditional and folk music having grown up in that world, alongside the classical music sphere. Music that really grabbed me when I was younger was early minimalism and ambient electronic music, the likes of Steve Reich and Moby. Our collaboration is the coming together of all of those things, and coming at it from different angles seems to work well for the writing relationship.

Which artists did you discover because of each other?

Gemma Doherty: We’ve been so exposed to the same things over the past few years and we’re always discovering new bands along the way. We first heard Julia Jacklin and Whitney at SXSW a few years ago which were amazing shows to happen upon. Morgan introduced me to Big Thief a while back who are gorgeous. I remember listening to a lot of James Vincent McMorrow’s Post Tropical and James Blake’s Overgrown on our first few car trips together. 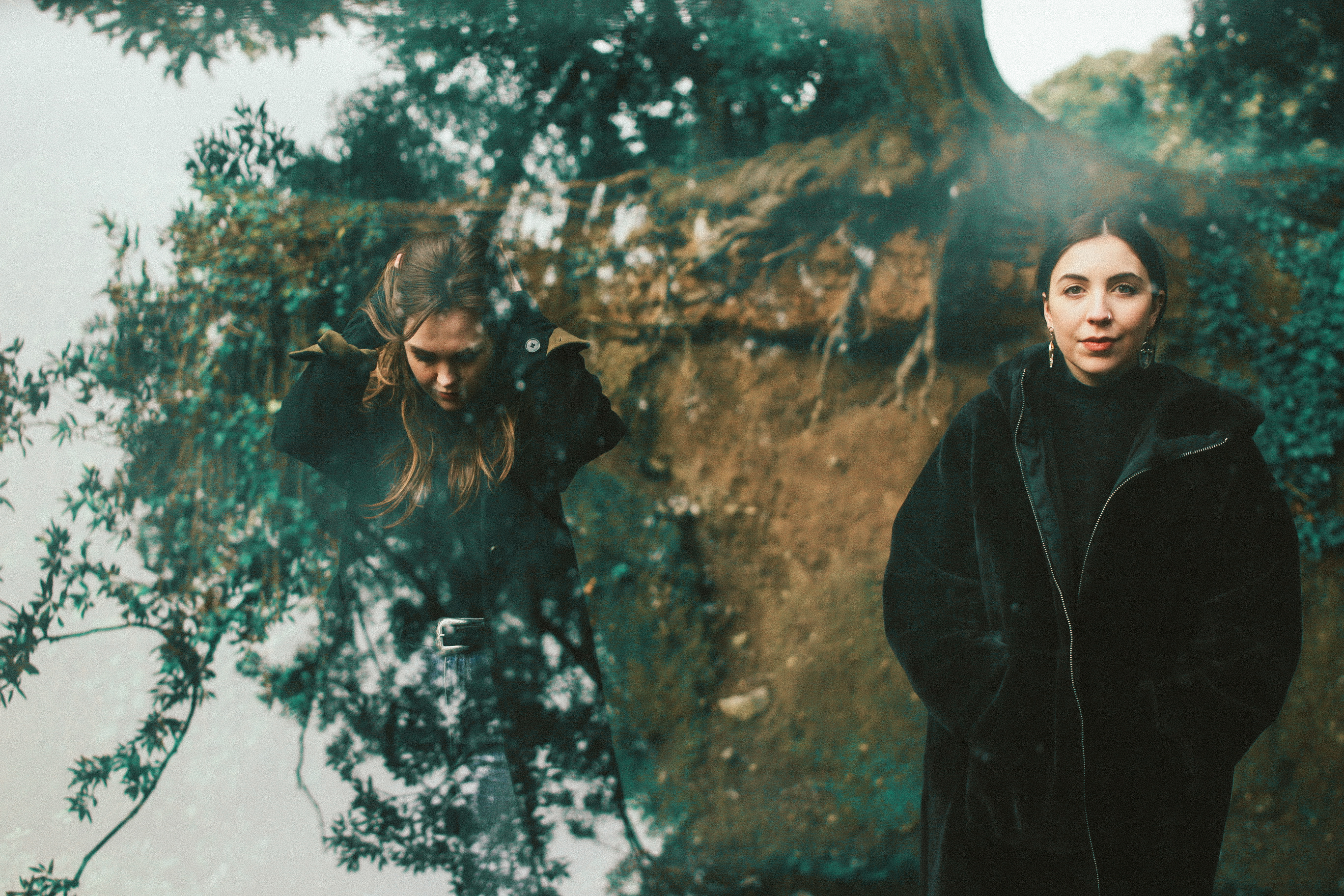 You’re set for a huge tour in September, all the way through to December, which sees you hit North America, mainland Europe, Australia and the UK and Ireland. What can we expect from those shows?

Gemma Doherty: We’re really excited to get on the road with these shows. A lot of places we’ll be heading to for the first time, and further afield we’ll be playing some gigs on our own with the two-piece set-up. The stripped back gigs are different and definitely more intimate, but we try to put as much energy and thought into the arrangements as we can, whilst trying to keep it all live. For the bigger shows closer to home we’ll be bringing the full band, it’s nice switching between both set-ups.

You’re playing a massive 1,240 capacity Olympia Theatre as part of the tour, a venue that has hosted some incredible names. Do you have anything special planned for that show? And have you ever seen anyone there yourselves?

Morgan MacIntyre: We cannot wait for that show. It’s one of our favourite venues ever and we’ve seen some incredible acts there together, most recently James Blake and St. Vincent. It’ll be such a pleasure to play our new songs with the full band on that gorgeous stage.

How do you handle the touring life? Is it something you like and thrive under?

Gemma Doherty: I enjoy it a lot. It has it’s ups and downs, and each tour is very different depending on where you are and the types of shows you’re playing. Sometimes we drive ourselves around and it’ll be just the two of us, and other times we have the band with us and more people around. Surrounding yourself with good people is a key part of it. This is the first time we’ll be on tour for a long period of time, around 4 months. Once you get into the rhythm of it, the shows become easier. We’ve played one-off shows and come off stage thinking, it would be so nice to just be doing this for the next load of nights aswell.

Finally, from afar, the Irish music scene seems to be thriving. The likes of Rejjie Snow, The Academic and Bleeding Heart Pigeons are all interesting and unique artists flourishing. What do you make of it?

Morgan MacIntyre: The Irish music scene is in absolutely flying form at the moment! Not only are there some incredible acts about but they’re all really lovely people and very supportive and we’re very lucky to count some of them as friends. A month or so ago, we played a gig to raise money for Ireland’s Repeal the 8th campaign and were very privileged to curate the music. I can’t tell you how brilliant it felt to share the stage with, and stand along side some of our favourite musicians; Wyvern Lingo, Loah, Maria Kelly, Denise Chaila and May Kay, in support of a very important cause.