One of the problems with the number of superhero movies – especially those in an extended universe – that studios are churning out is that we’ve seen everything before. Spider-Man: Homecoming tries solving this problem by becoming a teen movie. It’s an admirable idea, even if it frustratingly fails.

Trying to transcend the limitations of one genre by co-opting another is nothing new. Captain America: The Winter Soldier tried and failed at being a modern riff on a paranoid thriller. These attempts fail because they are too wedded to the superhero template. They awkwardly flirt with other genres without actually making them part of the film’s story or aesthetic. Homecoming comes the closest to transcending its genre limitations, but this only makes it more annoying that the attempts don’t come off because of the lazy writing.

The plotting can be broken down like this: teen movie bit, superhero movie bit, teen, superhero, teen, superhero. It’s as if the film is seemingly afraid of blending the two genres in a single scene, with this disconnect becoming even more frustrating when the film does successfully mix both genres. A chase scene through a suburban neighbourhood and a tense meeting where Peter picks up his date to the homecoming dance create a special alchemy not seen in any other superhero movie. It’s like the filmmakers are teenagers awkwardly flirting with the person they’re crushing on, backing away when they think they’re stuttering even though they’re saying all the right things. 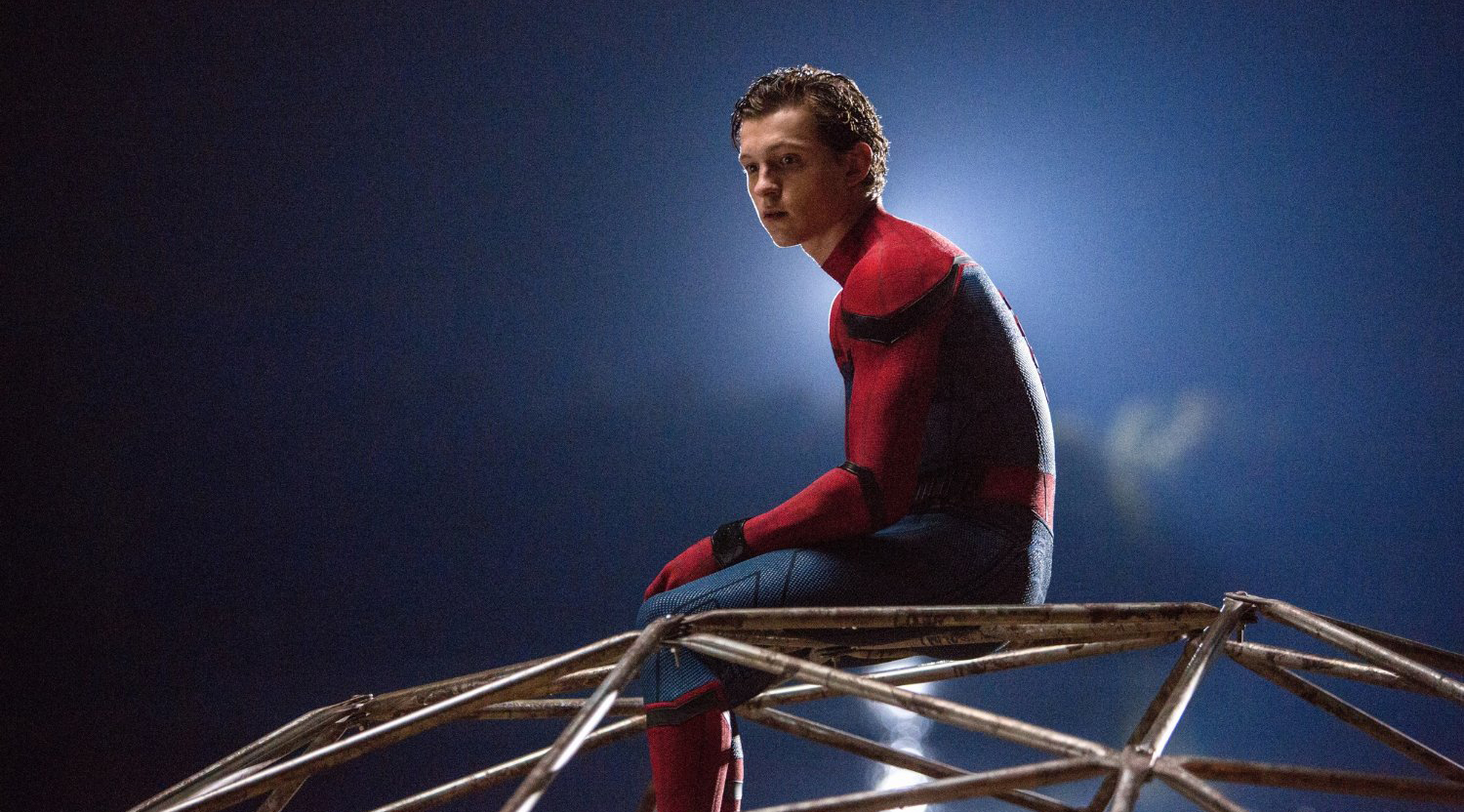 So, as a teen movie, Homecoming ticks the majority of the right boxes. Director Jon Watts successfully captures the school experience and makes Peter Parker’s (Tom Holland) life believable. The school looks and feels like a real high school, one where kids are emotionally unsure, stressing out over their grades and worrying about their future. Watts nuances some teen movie tropes, such as having school bully, Flash Thompson, (Toni Revolori) insult Peter instead of pushing him against a locker, and reveals what it would be like growing up in the MCU with the refreshingly diverse teenagers playing “Fuck/Marry/Kill” with the Avengers roster.

The director also twists the superhero moments. He mines Spider-Man’s inexperience for some good visual gags, one involving a golf course is particularly funny, and it is refreshing watching a superhero struggle with his capabilities and actually doubt that he can save the day. The required set pieces are well crafted, if uninspired, and the generic mystery is a non-starter considering the audience already knows what and why the Vulture (a game Michael Keaton) is being despicable.

The conflict between Spider-Man and the Vulture is the reason for the disconnect between the teen and superhero genres. Spidey believes capturing the Vulture will make the Avengers accept him, but by making Peter prioritise becoming an Avenger, the focus is removed from him navigating the halls of his high school and learning to live with his new duality. Fortunately, the film does spin a new and interesting take on the hero-villain dynamic — it’s nice to see a hero put actual heroism first.

However, the dedication to their conflict also sacrifices the supporting characters. Zendaya is great, but she only has ten lines, and poor Marisa Tomei, whose Aunt May is mainly defined by the fact she is an attractive aunt. Then there is Liz (Laura Harrier), an extraneous character who only exists because both the superhero and teen genres require a love interest. The way she is underdeveloped, and her eventual payoff, is insulting.

Luckily, Tom Holland is great as Peter Parker and Spider-Man, and almost single-handedly justifies the lack of supporting character development. He completely owns this film. His Peter is the perfect emotional teenager, confused by what is happening to him, and the actor is charming and engaging. As Spider-Man, his complete control of his body, and his costume’s wonderfully expressive eyes help us see the Peter Parker behind the mask.

The end credits promise “Spider-Man will return”, so hopefully his second solo movie will be worthy of Holland’s lead performance.