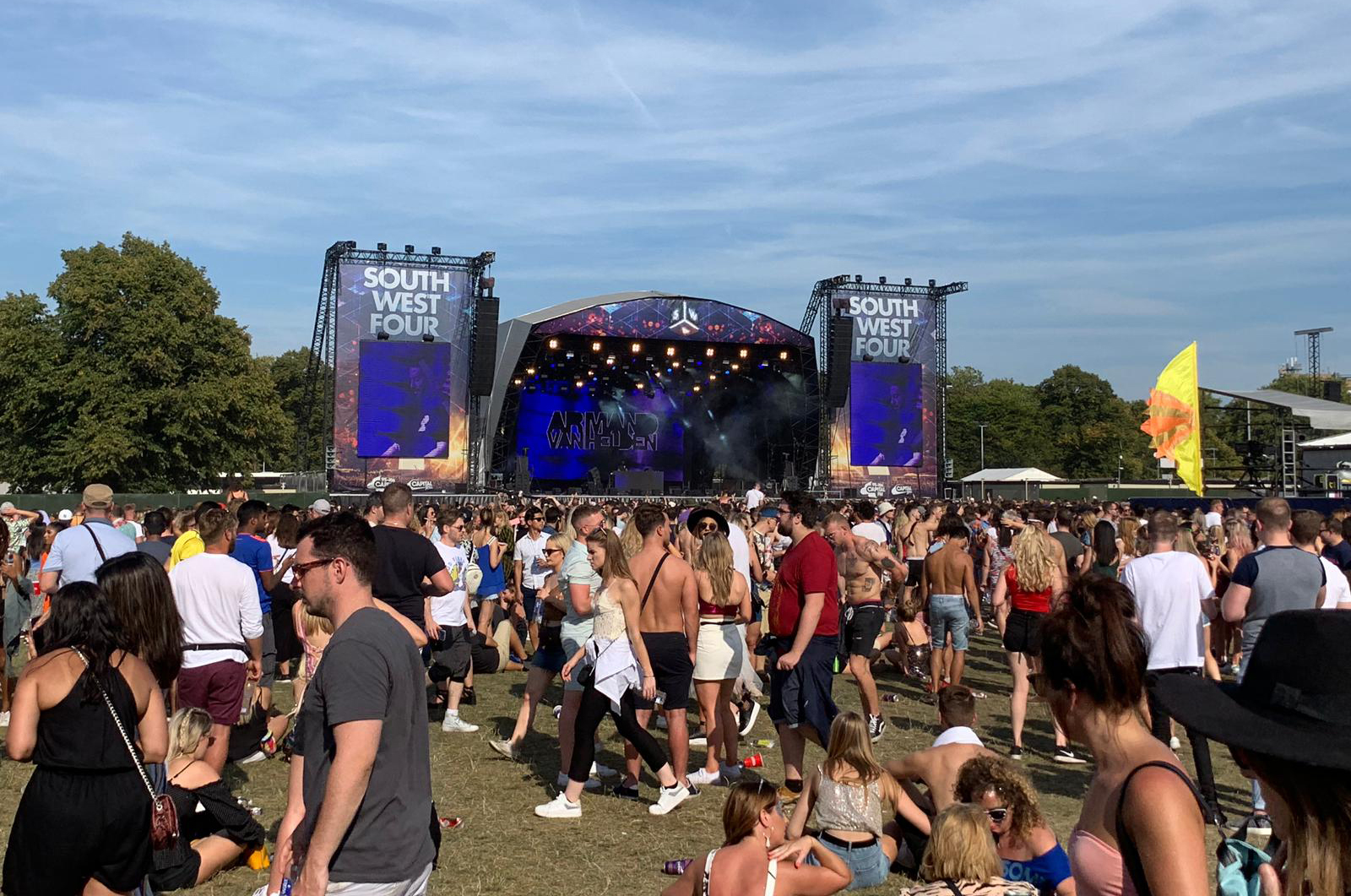 The sun was shining as we headed to a sold-out South West Four 2019 on Saturday (24 August). Along with all the other happy festival-goers, we were ready for a day full of great music at London’s Clapham Common.

First up on the Ministry of Sound stage we saw actor-turned-DJ Idris Elba play his set to a sweaty, packed out tent. Other acts that day included The Magician, Technik and house trio Disciples, who headlined day one of the two-day weekender.

The Indoor Main Stage was taken over by the great Craig David and his TS5 Takeover, which also saw the likes of Jax Jones B2B Martin Solveig: Europa, Yungen and special guests Basement Jaxx perform throughout the day. 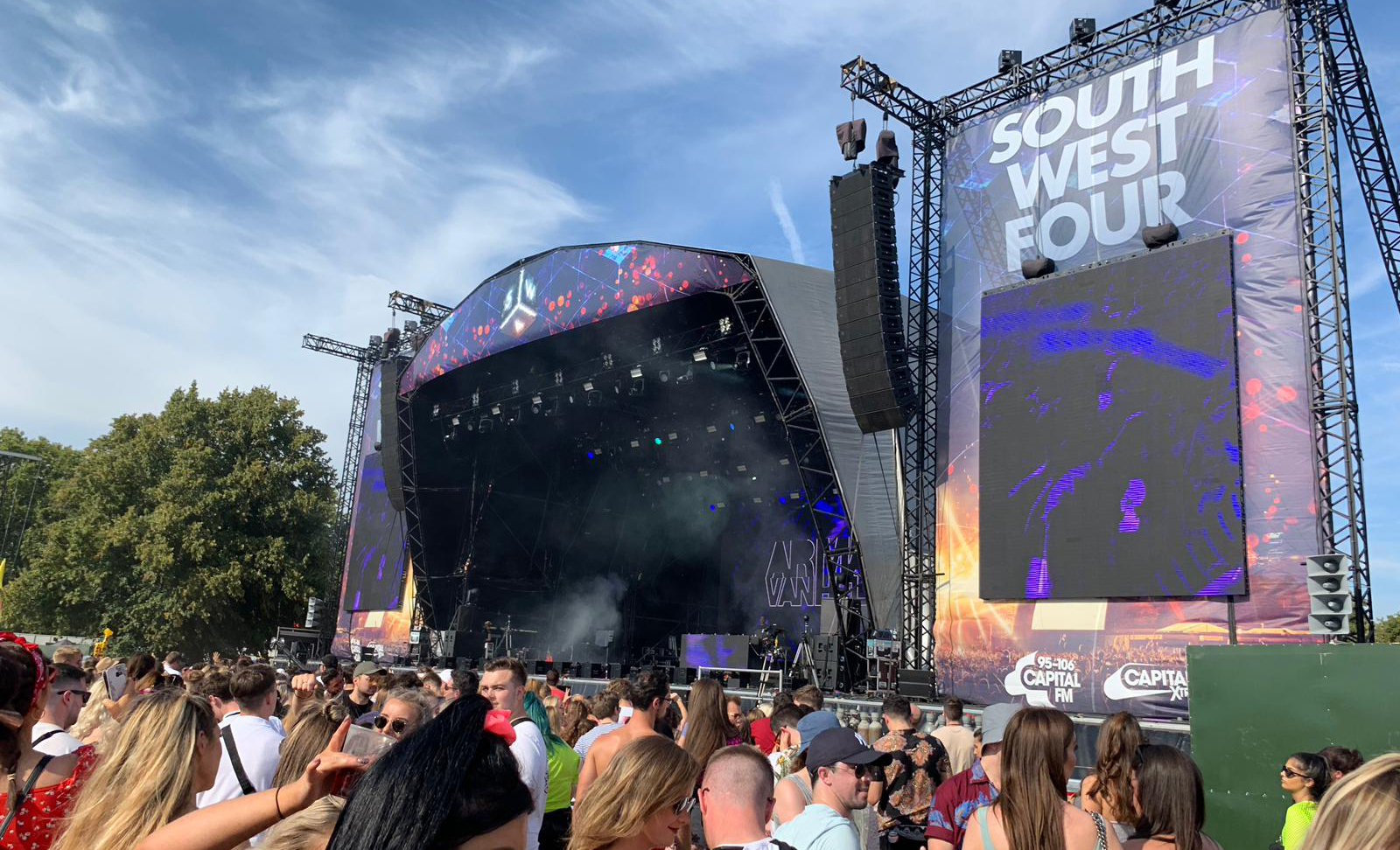 Elsewhere earlier in the day, we saw pop newcomer Mabel playing a short but sweet set. The English singer-songwriter gave fans exactly what they wanted, playing chart-topping tracks from her debut album High Expectations including ‘Mad Love’ and ‘Finders Keepers’, before closing with ‘Don’t Call Me Up‘ which saw a rush of festival-goers try and catch the singer for a few precious moments.

Meanwhile, on the Capital FM stage, we saw Dutch DJ/Producter Oliver Heldens getting the crowd ready for headliner Martin Garrix. He opened his set with The Black Eyed Peas’ party classic ‘I Gotta Feeling‘ before moving onto Whitney Houston’s ‘I Wanna Dance With Somebody‘, spanning the decades with a dance-worthy collection of music. Heldens delivered plenty of recent tracks for younger fans with Cardi B’s ‘Bodak Yellow‘, Calvin Harris and Dua Lipa’s ‘One Kiss‘, and Drake’s ‘0 to 100‘, which was all greatly welcomed by festival-goers.

Finally it was time to see the No.1 DJ in the world three years running: Martin Garrix. Bringing the spirit of Ibiza to London, the Dutch DJ took to the stage to play a 90-minute set. This is the second time the 23-year-old DJ has played SW4 and he didn’t disappoint. It’s easy to see why he’s grown to become one of the most popular DJs in the world, as well as the highest earning too. ‘Summer Days’ couldn’t be any more perfectly timed with the UK’s current heatwave and it put everyone in a sing-along, feel-good mood.

However, it was ‘Animals‘ that set the place alight, its memorable drop getting everybody moving with the DJ’s high energy and stunning production finishing day one of SW4 festival with a bang.