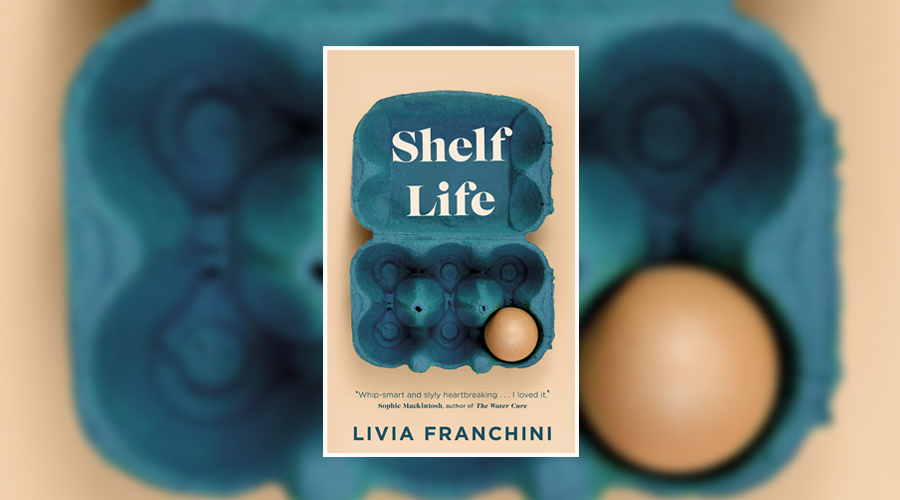 Under The Silver Lake DVD Review

After ten long years together, Ruth’s fiancé Neil decides to dump her when she again refuses to allow him an open relationship. Shelf Life follows Ruth as she struggles to recover, and receives an unexpected request to become Maid Of Honour for Alanna, a colleague she doesn’t even consider a friend.

The thing about Shelf Life is, it doesn’t go anywhere. And I don’t just mean that in regard to plot, but also with the themes and emotions it explores. There’s no real journey, no catharsis. It all chugs along at the same level from the first page to the last. It’s kind of strange, really. It’s never exactly boring, but the lack of any ebbs or flows makes it an odd, unrewarding experience.

That doesn’t mean it’s not readable. The chapters are written in different styles – emails, IMs, texts, diary entries, ordinary prose – and that innovation largely works. Livia Franchini writes from the perspective of all the major characters in the story. These varied forms of writing break up the monotony a little bit and go some way to distracting from what’s lacking at the centre of Shelf Life.

So what is it that makes the book inspire such apathy, other than its lack of momentum? It’s the characters. They simply aren’t interesting.

Ruth, in particular, is not someone you enjoy spending time with; she’s like a half-deflated balloon. Considering she’s recently come out the other end of a ten-year relationship, that’s not surprising. But Shelf Life shows us what she was like before she met Neil, and that was… the same. We are told that other people have always seen her as a freak, as someone who’s easily manipulated, but she doesn’t get to tell us anything different. Her positive traits are admirable but unexciting – she’s hard-working and caring. That’s it. We don’t know how she spent her free time before she met Neil, we don’t know what made her heart sing. She remains two-dimensional, even though we spend the majority of the book inside her head.

And I’m not sure what the point was of spending so many pages with Neil, just to learn that he is a terrible human. Not only in the chapters from his point of view, but in the flirtatious emails that he exchanges with women. It’s pretty easy to surmise that a man who dumps his fiancée after ten years together because she won’t agree to an open relationship is not a good guy. There’s no need for all the rest. It doesn’t add anything.

Franchini nearly finds something worthwhile in the sort-of friendship between Ruth and Alanna, her polar opposite. If Ruth is grey, Alanna is hot pink. They don’t like each other much, but life has thrown them together, and they’ve resigned themselves to it. Again, it doesn’t go anywhere. Like everything else in Shelf Life, it trundles by without causing a ripple.

I’m genuinely at a loss as to what Franchini was trying to do with her debut novel. Whatever it was, it didn’t work.

Shelf Life is published by Doubleday on 29 August 2019

Under The Silver Lake DVD Review