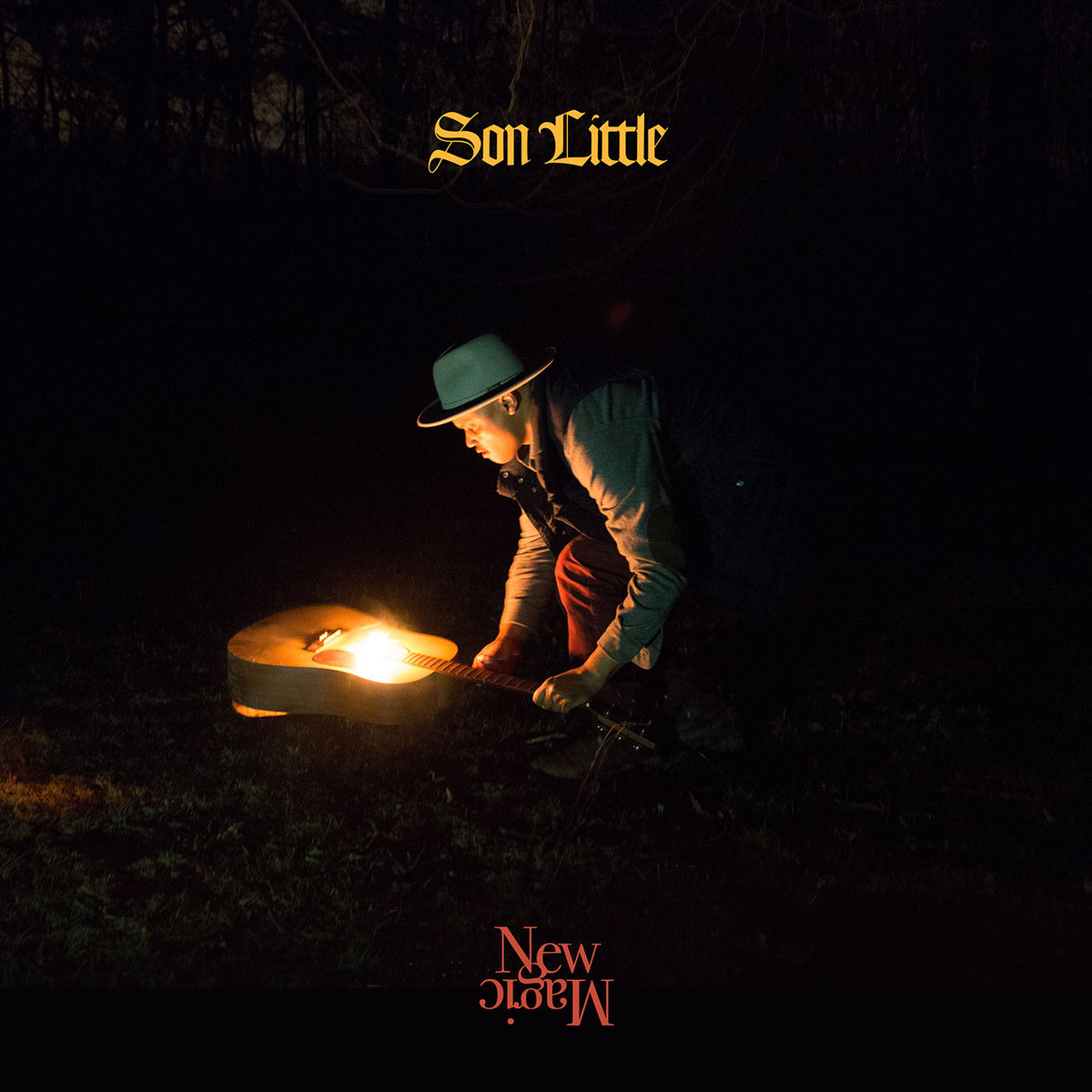 Son Little’s music is a pleasing fusion of blues, old-time R&B, soul and funk, with a dash of hip hop thrown in for good measure. Born Aaron Livingston, he’s an Otis Redding for the 21st Century, and this sophomore release shows a definite step forward in the maturity and quality of his song writing.

His self-titled debut, released two years ago, had some stellar moments but tended to drag in places. New Magic, as the name suggests, takes the first album’s neo-soul formula and adds some additional sparkle, making for an engaging, groove-heavy album that bears multiple repeat listens.

There’s a catchy, accessible feel in evidence, but Livingston hasn’t sacrificed the lyrical depth and musical craftsmanship that made his 2015 offering stand out. His penchant for slow tempos and sparse drumbeats, which caused earlier songs like ‘I’m Gone’ to stall, is still evident in places, but overall the songs pop and shimmy and the lyrics are sensitive and thoughtful.

‘Blue Magic (Waikiki)’ is a good example – the strutting chorus gets right into your brain after the first listen, but there’s a complexity to the instrumentation, a heart behind the hook. The track leads off with an echo-laden child’s voice that oddly recalls KISS’s ‘God of Thunder’, and then segues into jittering vocal samples that could be straight off ‘Frontier Psychiatrist’ by The Avalanches. It’s neatly put together. It engages your mind as well as your hips.

That stylistic depth is present throughout the album. ‘The Middle’ is a sweet, ominous soul ballad haunted by keening guitars and a spectral choir that wouldn’t be out of place on a Pink Floyd album. ‘ASAP’, on the other hand, chugs along behind a guttural, growling riff that Jack White would be proud of, a thumping, Howling Wolf blues stomp.

It’s followed by ‘Letter Bound’, all late-night protestations of love, gentle wah-wah and slow bass grooves. If ‘ASAP’ sounds like a hair shirt, ‘Letter Bound’ is a slick suit and shiny shoes.

Livingston pulls off these shifts in tone and pace with confidence and grace. He feels as comfortable belting out ‘O Me O My’’s hand-clapping jive as he does drawling over the threatening chorus of ‘Kimberley’s Mine’, a sultry warning to would-be rivals for his lady’s affection.

He builds a thoroughly modern artwork on the well-trodden ground of soul, at times a stateside Michael Kiwanuka, at others a balladeer Kendrick Lamar. There’s even some Dylanesque acoustic strumming in places.

For all these comparisons, though, New Magic is the sound of Son Little perfecting his own voice. There’s no ‘difficult second album’ syndrome here – this is an assured offering from an artist who clearly has what it takes to go the distance. If you like funky, intelligent soul with respect for the past and both feet in the present, New Magic is worth your time.

New Magic is released on 15 September via Anti- Records