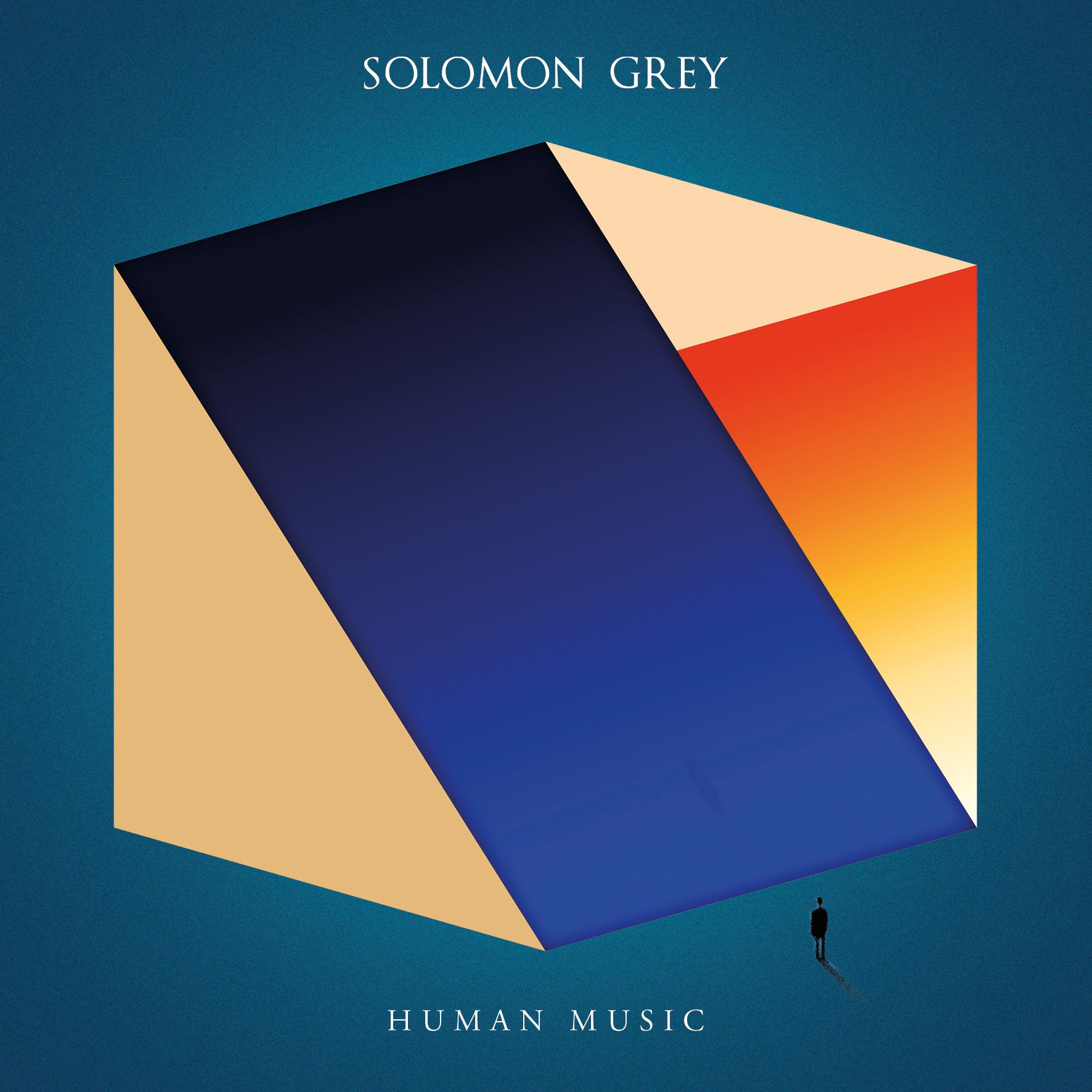 Solomon Grey is not, as the name might suggest, a person. It’s a band: a two-man affair making symphonic electronic indie that sits somewhere between M83, Damien Rice and the Stranger Things soundtrack. If you like your jams as cool and hefty as an iceberg, this is the music for you.

If the name doesn’t sound familiar, think back to the last time you went to a Vue cinema – remember the music that plays while the screen tells you that this is, in fact, ‘not a cinema’? That glittering, thudding epic with the electrified voice shooting over the top? That’s Solomon Grey. That experience should be enough to prompt anyone to want to hear more – and the arrival of their new album, ‘Human Music’, provides the perfect opportunity.

On first listen, though, it’s a mixed bag. The simple fact is that Joe Wilson’s voice sounds weak in comparison to the sheer scale of the music behind it. Solomon Grey’s soundscapes are the noise an orchestra would make if it was led by the flaming-guitar guy from Mad Max: Fury Road. It’s the sort of noise you’d hope would accompany the apocalypse. If you were looking for a soundtrack to the next eruption of Krakatoa, Solomon Grey would be à propos. With competition like that, you’re going to sound very weedy unless you happen to be either Ronnie James Dio or Mufasa the Lion.

The album was made partly as a reaction to the passing of Wilson’s mother, and so the songs that do feature singing are fittingly mournful and bleak. Often, though, it feels like the voice fails to climb to the heights required by the music, leaving you with the feeling that something massive is being held back by the attempt to foreground the lyrics. How do you record a response to grief? In this case, it almost feels as though letting the roaring electronica speak for itself would have been the more eloquent option.

‘Gaslight’ is a good example of this. The song starts with eerie piano, and sits beneath the vocal line for several minutes, building in intensity, halfway between exploding and whispering. When the singing stops, the galactic symphony is unleashed and the song hits a triumphant climax without losing its air of sadness. It’s wonderful, and you wonder whether, like Indiana Jones in Raiders of the Lost Ark, the protagonist voice actually made a difference to the trajectory of the song.

Perhaps a better way to appreciate Solomon Grey, then, is to focus on their instrumental music. ‘Clouds’ and ‘Departed’ are otherworldly masterpieces that sound like the moment of reaching Nirvana, the emptiness of the Arctic tundra and the birth of the universe all condensed into five minutes of electric soundwaves. If you can’t get a little spooked by music that sounds this giant, there’s probably something missing in your soul. If Shostakovich had had access to synths and ProTools, he would have made tunes like these.

This is where the genius of Solomon Grey lies, and in this writer’s humble opinion, this is the place in their music where the wordless pain of loss finds its true accomplishment. Next time, maybe they should attempt a full-blown 45-minute instrumental opus. On this showing, it would be the most mind-blowing 45 minutes of your life.