Secret Company – The World Lit Up And Filled With Colour Review 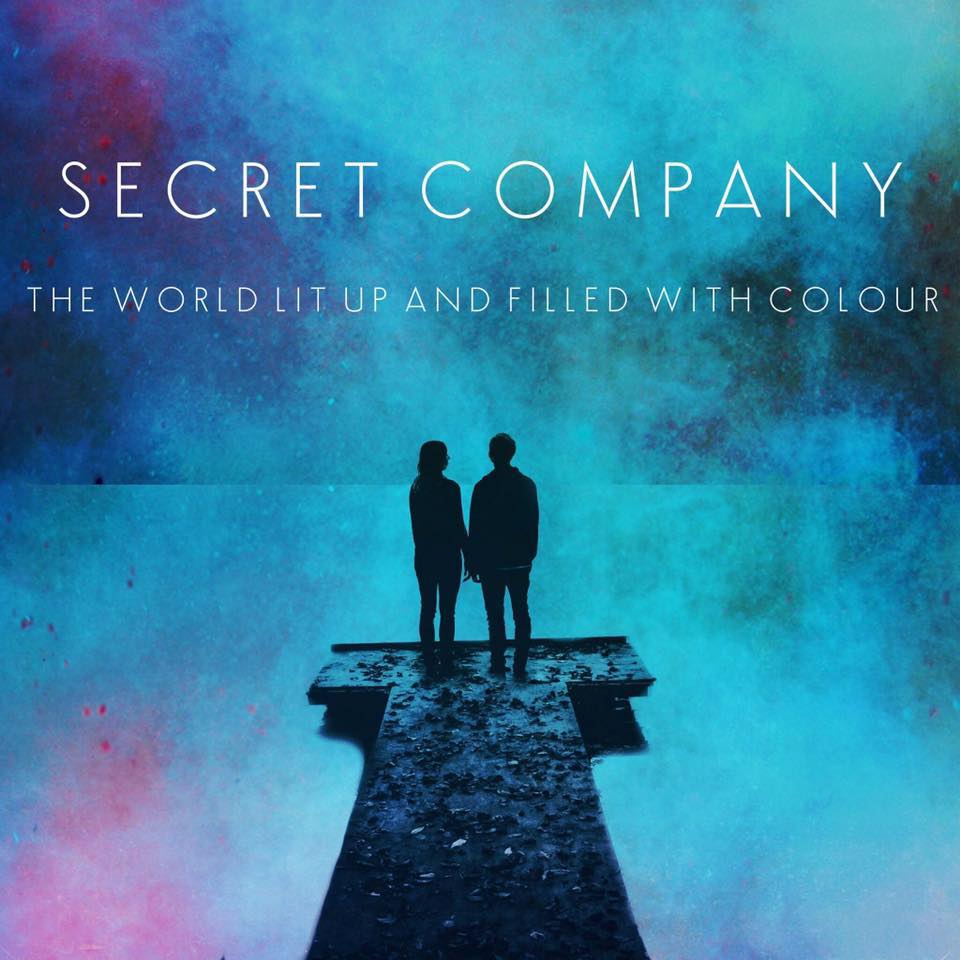 Secret Company is a guitar pop quartet from Chelmsford, a city nestled in the centre of Essex that has been home to music names including Saint Etienne’s Sarah Cracknell, McFly drummer Harry Judd and Mercury prize-nominated singer Tom McRae. The band’s debut LP walks along a thin line that separates anthemic arena rock from pure pop; its members’ eyes firmly set on big stages and bigger cities, a far cry from their humble south-east beginnings. Whether this particular record will reach the varied heights of their fellow citizens remains to be seen, but The World Lit Up And Filled With Colour shows flashes of a band with greatness in its sight – albeit one that could work a little on the brevity of its album titles.

For the most part this is a record that revels in the big, the explosive, the heartfelt. Opener Final Wish (a confusing title for the first track on a debut album) is bold and unapologetic in its full-throttle arrangements, from the numerous guitars and synth sounds battling it out instrumentally to the fleshed-out vocals. Indeed, the entire record is packed to the brim with strong vocal performances, be it Scott Revell’s octave-climbing voice that displays shades of Matt Bellamy and Thom Yorke or the powerful three and four-part harmonies that add extra weight to each track.

Not always is this full-blooded approach so thrilling. Quickly Secret Company seem to run out of ideas, and Revell’s wandering vocal lines and the sheer intensity of the instrumentation are forced to carry what are at their core formulaic and poorly written songs. Only towards the album’s end, with Mercury and Holding On, is the pace taken down a notch and a sense of clarity amidst the chaos achieved.

The album closes with Blue Rose, a warm, synth-driven track, and one of the few moments where Secret Company turn down the tempo and take a second to reflect. Revell has described the song as ‘a sentiment for where I felt we were at around the time we were recording the album.’ It was the last song to be written for The World Lit Up… and serves as a poignant epilogue, clocking in at just under three minutes but packing ten times the emotional punch than any of the meatier tracks on the album.

The final act, then, is the glimpse of something better that makes this record worth a considered listen. There is little to separate Secret Company from the great wave of landfill wannabe arena rock as it stands, but the strong vocal performances from its lead singer, particularly during its more tender moments, suggest something better than what is currently on offer could one day come to fruition. The World Lit Up… is no classic, but those moments are worth waiting for.