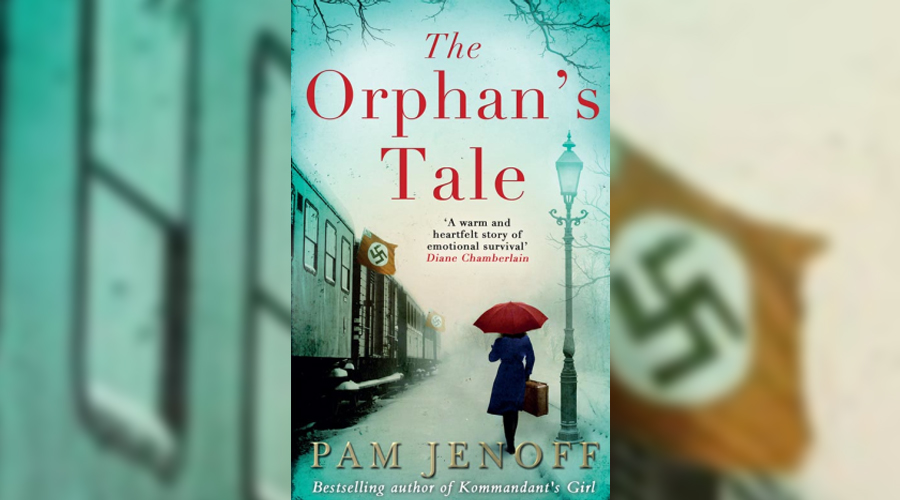 If you can say one thing about The Orphan’s Tale by Pam Jenoff it’s that it’s very likely to be a story unlike any you’ve read before. When you think of World War II, the circus is probably the last thing that crosses your mind, but here Jenoff has taken a real-life instance of a German circus sheltering Jews during the war and brought it imaginatively and poignantly to life in a work of fiction that is both hard-hitting and heartbreaking in equal measures.

In a nutshell, The Orphan’s Tale is the story of two women brought together in impossible circumstances, and who are bound together by the secrets they share in order to survive. Noa’s story begins at 16, after she’s disowned by her father for falling pregnant with a Nazi soldier’s baby. Months later, the child has been taken from her and she’s now living alone in a rail station, and Noa’s choice to save a Jewish baby boy bound for a concentration camp changes the course of her life forever when her attempt to get him to safety leads her to seek refuge with a German circus preparing for their tour of occupied Europe.

Already seeking shelter from the circus is Astrid, the performance’s lead aerialist and a Jewish woman who was sent away from Berlin by her Nazi husband when the Reich forced all officers with Jewish wives to divorce. Astrid is tasked with making Noa performance-ready on the trapeze by the time the circus give their first show, and what begins as resentment soon turns to begrudging respect and affection as their relationship is forged by war and bound by the secrets they need to keep to survive.

As the novel’s two lead voices and protagonists, Noa and Astrid’s dynamics are interesting, but a little superficial. After the initial resentment between the pair, their narrative kind of plateaus in the middle as their affection for each other grows. It would have been great to see more tension made of the various secrets introduced throughout the novel, but when either Astrid or Noa learn something that could introduce difficulties it usually ended up with a small blow-up a few pages later before moving on to the next almost-conflict.

Theirs isn’t the only relationship in the novel that could do with being explored in further depth either – Noa’s love interest Luc appears in the story out of the blue, and their feelings develop a little too quickly to feel real or earned in any way, which makes it hard not to see Noa as the naïve young girl making the same mistakes she made before the novel even began. Astrid’s relationship with Peter, on the other hand, is a little older and more established but even most of their development takes place over a single conversation without much changing in their actual behaviour to show for it.

“If we can still give them this, then the circus is not dead. There have been circuses from the times of the Romans and Greeks, our traditions centuries old. We had survived the Middle Ages, the Napoleonic Wars, the Great War. We would survive this too.”

For me, the real draw of the novel is its place in history, shown effectively through the outside threats bearing down on the circus from the German SS officers and the lengths the circus performers go through to keep the Jews they’re sheltering from discovery. Noa’s learning the trapeze to earn her keep is described beautifully while the first circus performance of the season is brought to life in intricate detail with Jenoff’s well-crafted words.

And if there’s something that Jenoff does very well, it’s using her words to quietly establish the distressing reality of life in occupied France. All of the characters are driven by anger or fear in one way or another and whether it’s Astrid’s wondering whether her family might still be alive or Peter’s decision to include a routine mocking the Germans in his performance, their emotions are clearly the drive behind their actions.

The Orphan’s Tale is a slow burning novel with an instantly gripping opening and an emotionally wrought conclusion that is worth working through the somewhat stumbling middle. Even if some of the characters lack a little depth, the novel is wonderfully written and very intensely realised, making for a vivid story with an interesting history and a great read to while away a weekend with.