Same Kind of Different as Me DVD Review

When you come away from a film wondering how it got made and how the leads chose the project, it isn’t exactly a good indication of a high quality movie. On paper, Same Kind of Different as Me sounds intriguing, especially knowing it’s based on a true story. With Greg Kinnear and Renée Zellweger on board, alongside Jon Voight, you can’t help but hope for a decent character driven film and, to a point, that’s what you get here. Sadly it never kicks into a higher gear and remains a harmless and ultimately forgettable release from director Michael Carney, developed from the original 2006 book.

The most frustrating thing about Same Kind of Different as Me is the fact that it never lives up to its potential. There’s no effort to build on ideas, try to push the audience’s buttons or create debate of any kind. The story focuses on the broken relationship between Ron (Kinnear) and his wife Deborah (Zellweger), both living behind the facade of marriage while he cheats behind her back. They’ve not been intimate in a long time, communication is all but dead and they’re just going through the motions now. Yet when Deborah finds out about the cheating she doesn’t just walk away. As a Christian drama you can imagine where the focus lies and unfortunately there isn’t much open debate about religion or relationships. It’s a story about positivity and realisations but it’s quite a narrow minded and one-dimensional version of the truth.

The fallout from Ron’s behaviour is that Deborah wants him to volunteer at the local homeless shelter. It’s a smack in the face and a huge dose of ‘what if?’ for a man who seemingly has it all. Meeting Denver Moore (Djimon Hounsou) puts everything into perspective for Ron, and for Deborah too. This is someone who is an ex convict and has struggled through life and now fights to survive as a homeless man. If Denver can do all these things and still sometimes have a smile on his face, then what does Ron really have to worry about? This allows him to take a step back and take a long hard look at everything he’s built up over the years with Deborah. Why ruin that when things could be so much worse? 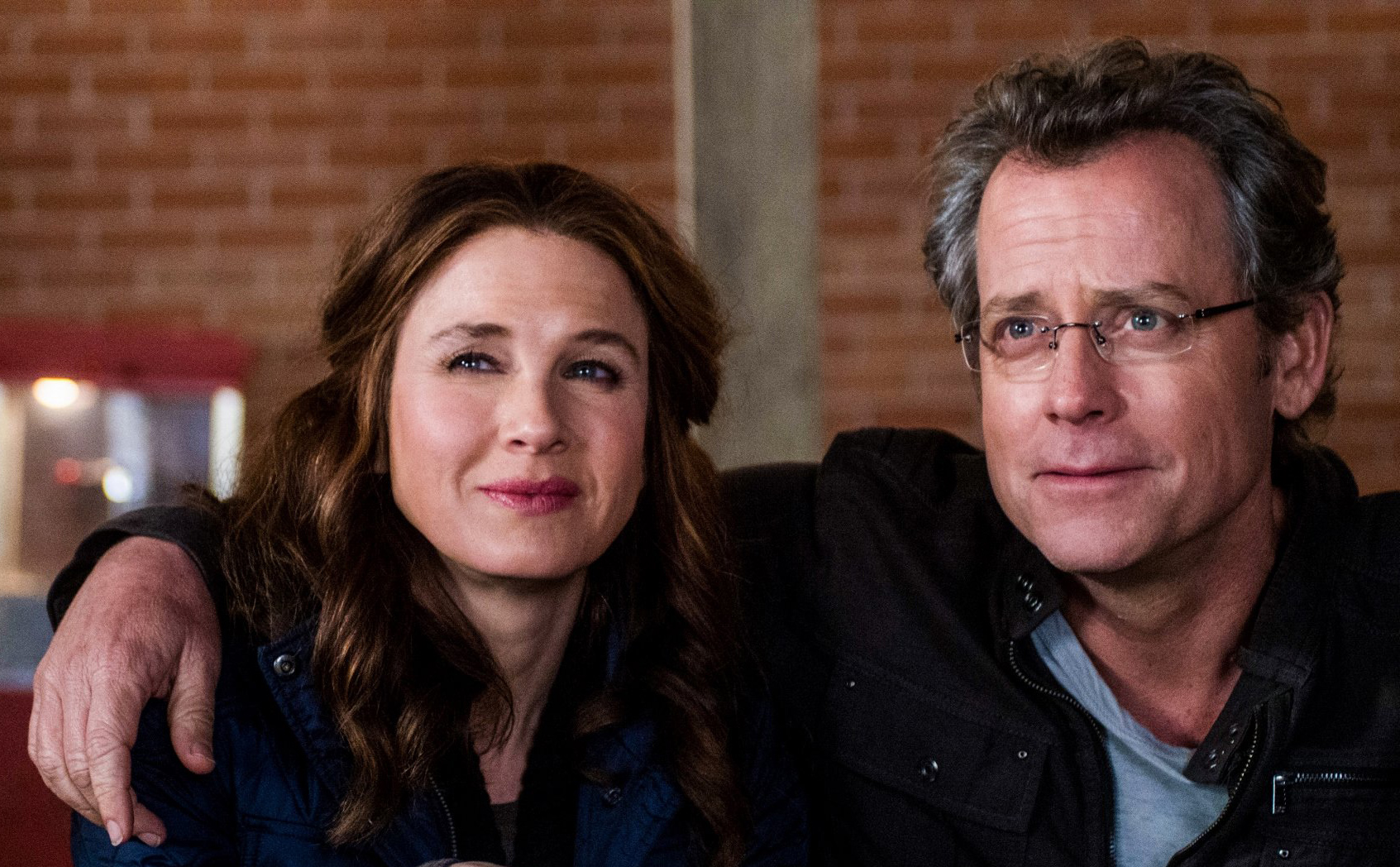 The Union Gospel Mission is a place of hope, belief and persistence. Despite Denver’s previous mistakes and the fear of many around him, Debbie thinks he deserves a chance to be happy and a chance to live life again. If he can get past that then anything’s possible and she knows Ron will see this eventually if he just focuses on the positives. She’s a far cry from Bridget Jones but Renée again plays someone genuine with a lot of heart and pulls it off well. Kinnear brings a good range to Ron, showing a troubled and unsure man who is won over by an unusual friendship. I can’t fault their performances but it is a real shame that their material isn’t better. 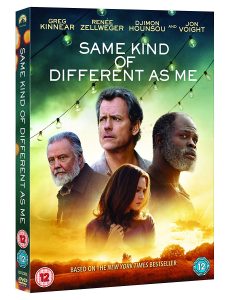 Despite the headline talent on board, it’s arguably Hounsou that is the highlight of the film. His character arc strikes a real emotional cord and resonates with the audience in a way some of the other characters can’t. I feel like they could have done even more with Denver’s character and his back story, and it’s a shame that it feels like it only just scratches the surface of the various issues that caused him to take such a bad path in life. Same Kind of Different as Me could have been so much more but instead chooses to remain a mostly positive and light story without having too much of an impact.

Same Kind of Different as Me is available on DVD now.