Murder mystery dramas are here, there and everywhere these days. You can see a different detective every night on a different channel if you want. The real struggle is coming up with a gripping and inventive storyline to grab the attention of the audience and ensure they keep coming back for more. It must have been strange for brothers Harry and Jack Williams, creators of The Missing, to see their new dramas up against each other but while Liar became one of the most talked about shows of 2017, their other offering, Rellik, somewhat faded into the shadows.

With Rellik now released on DVD and Blu-ray it’s a good opportunity to re-evaluate the show away from any Monday night TV wars and analyse it on its own merits. Despite Liar being the more immediate success and conversation piece, Rellik is actually a smart and challenging series that is more rewarding the further you go along the journey. Admittedly it’s an unusual style at first, with the story rewinding numerous times to go back and learn various things, but once you get used to it the method of storytelling has some great payoffs and clever reveals. 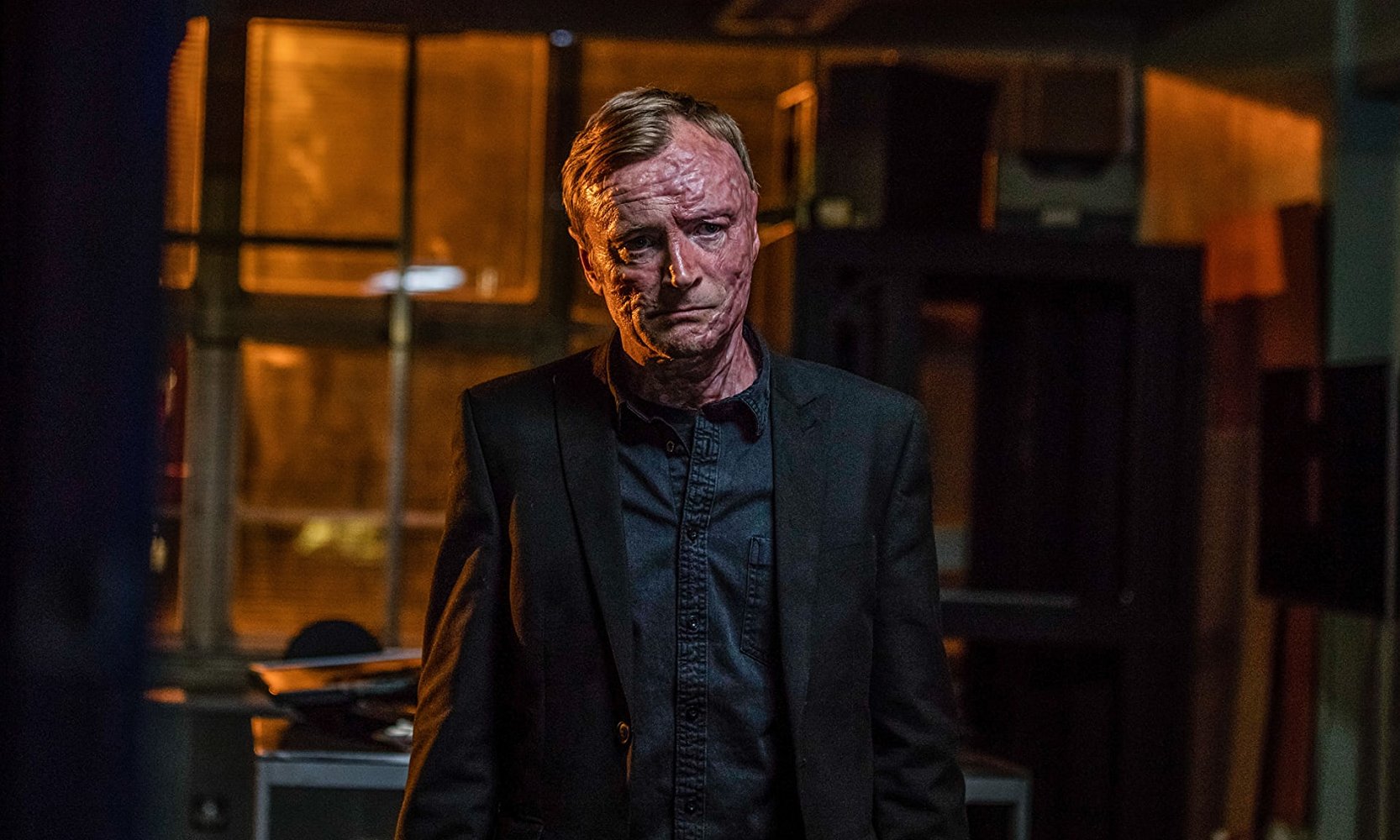 It could be easy for Rellik to get lost in its own concept but the core story and characters are all grounded well in reality and intriguing relationships. By telling the story backwards we get an end picture of the characters and then slowly learn their motivations and pasts over the six episodes. For example, our lead Richard Dormer plays a detective who is back at work after suffering a horrific acid attack. Naturally the audience has a lot of questions about how he got there, why he was attacked and his complicated relationship with a work colleague (Jodi Balfour). The most interesting thing for me about Rellik is how it plays with audience expectation and perception of the characters, as you can like someone in the beginning (or end in this case?) and end up completely against them by the finale.

Without spoiling the story, as it deserves to be seen without knowing too much, the writers are masterful in their manipulation of Gabriel (Dormer) who is a complex character who doesn’t walk in the light or the darkness but chooses to live a grey existence. It’s fairly commonplace to have anti-heroes these days as they tend to make for far more interesting characters to follow. His female counterpart Elaine is every bit as complex and intriguing and Balfour is the perfect actress to pull off such an emotionally challenging role, showing a vulnerability from her murky past alongside the strength she needs for her job. There’s an undeniable chemistry between the colleagues and their relationship drives the show. 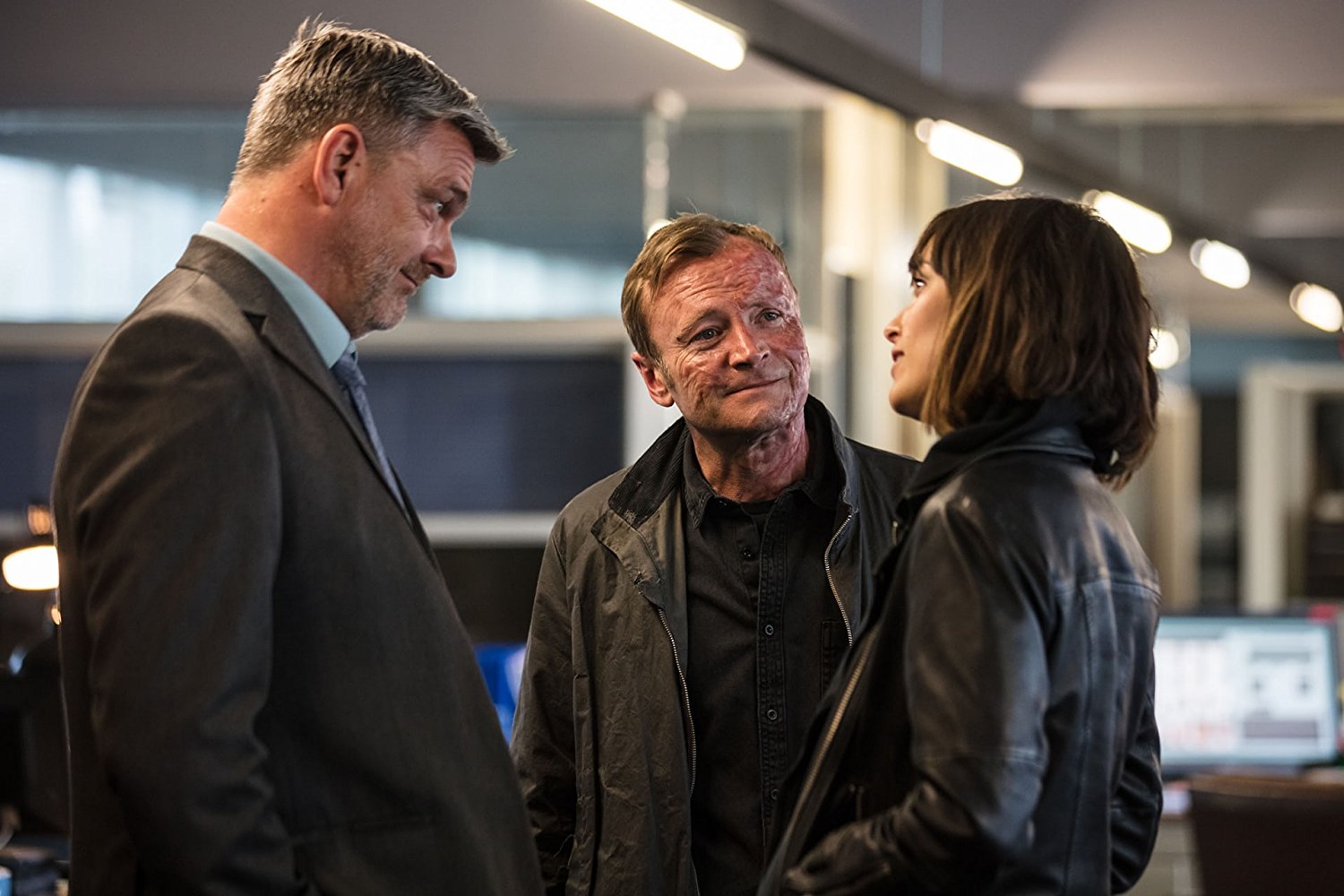 Beyond the two strong leads another highlight is the always watchable Paterson Joseph as Dr Isaac Taylor, a man with suspicious motives who we become invested in and curious about every move he makes. Joseph has the great ability to be completely likeable one second and horrendously creepy the next. He is certainly one of our best talents and always improves whichever project he’s involved in. If you’re a fan of his from other shows such as Timeless and Survivors then you’ll enjoy his work here. There are times in Rellik where the story doesn’t quite meet expectations but the cast deliver strong enough performances to keep you watching to the very end.

Rellik isn’t the strongest drama this year, and yes Liar was better, but it’s a watchable series with a decent concept made better by a number of strong performances. Dormer and Balfour both have a darkness about them that allows them to deliver multi-layered performances and characters that keep you guessing. The finale is as satisfying as you can expect and does wrap up the story in a decent fashion, although it leaves just enough unanswered questions to keep you thinking. Rellik may be Balfour’s career best performance so far and the future looks bright for her. Now to wait and see what the Williams brothers give us next!

Rellik is out on DVD and Blu-ray now.