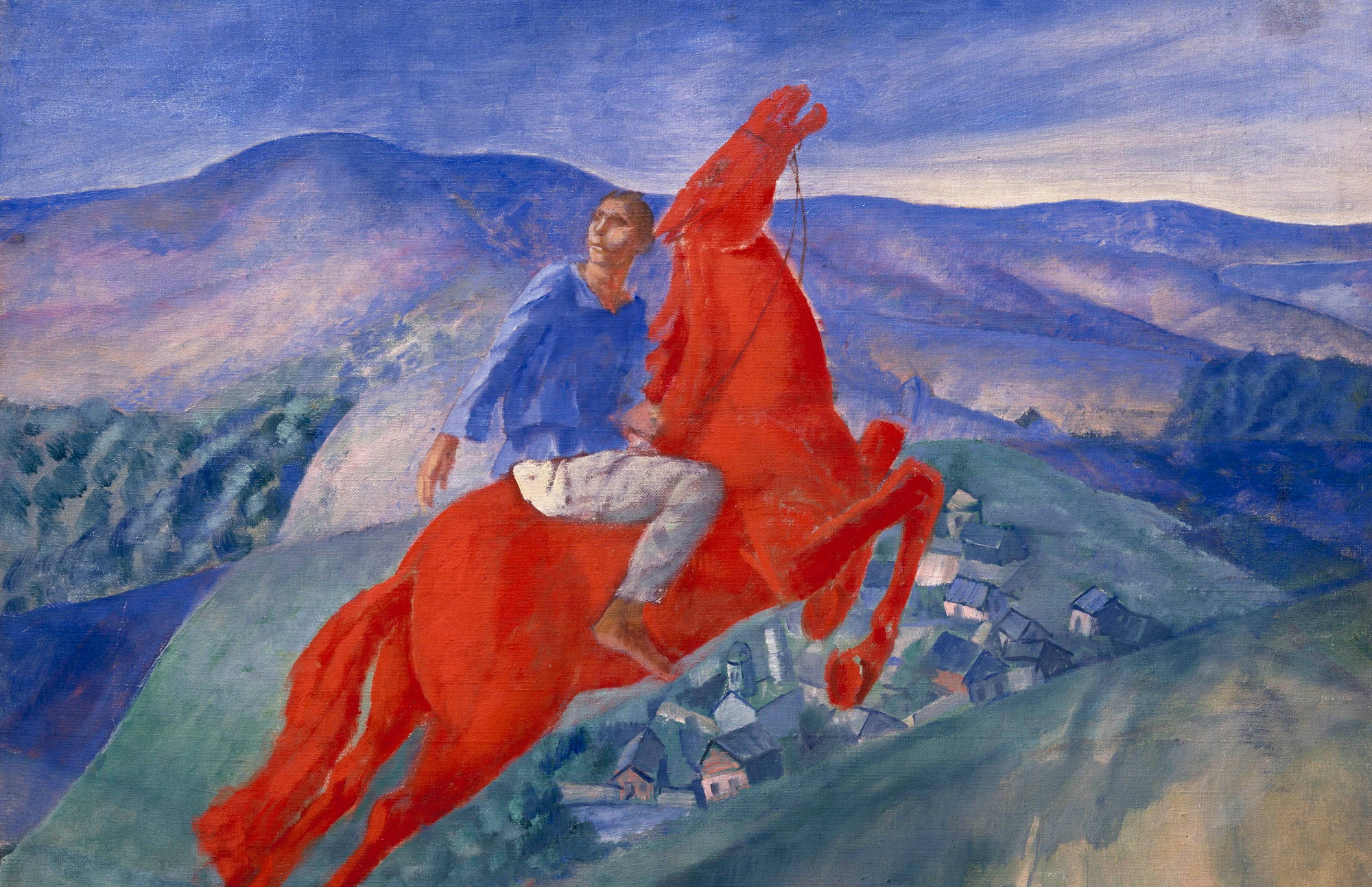 Revolution – New Art For A New World is a feature length exploration of Russian art immediately before the 1917 revolution and in the short period immediately afterwards. The film describes the development, politicisation and, ultimately, repudiation of a particularly Russian avant-garde aesthetic by following the artistic development of major figures like Chagall, Rodchenko, Malevich and Kandinsky, as well as less well-known artists of the period like Filonov, Klutsis and Stepanova.

It’s apparent from the film that, even before the revolution in 1917, a community of artists in Russia had recognised that the old Russia was dying. For the intelligentsia, the shibboleths of the supremacy of the Tsar, divinely ordained social inequality and the dogma of the Orthodox church were utterly redundant. Russia had to define a new soul; and one path to a new Russia was through the production of the most avant-garde art in the world. Looking at the work of Malevich, for example, there’s a restlessness, an impatient search for something genuinely definitive of a new aesthetic order. From Woman in Childbirth in 1908 through Head of a Peasant Girl in 1913, Malevich arrived at the iconographic Black Square in 1915 – a square of thickly applied black paint that, when first exhibited, was hung at the corner of the gallery corresponding to the position where one would see an icon on entering a traditional Russian home.

The film emphasises the enthusiasm with which avant-garde artists in Russia embraced the revolution, and the new masters of Russia weren’t slow in seeing the potential for using this new art as a facet of The New; art for the masses was seen as a vital propaganda tool for the recasting of the workers and peasants on whose support the revolution depended. Consequently, Lenin moved the centre of gravity of Russian art from St Petersburg to Moscow, and from figurative art to abstraction. 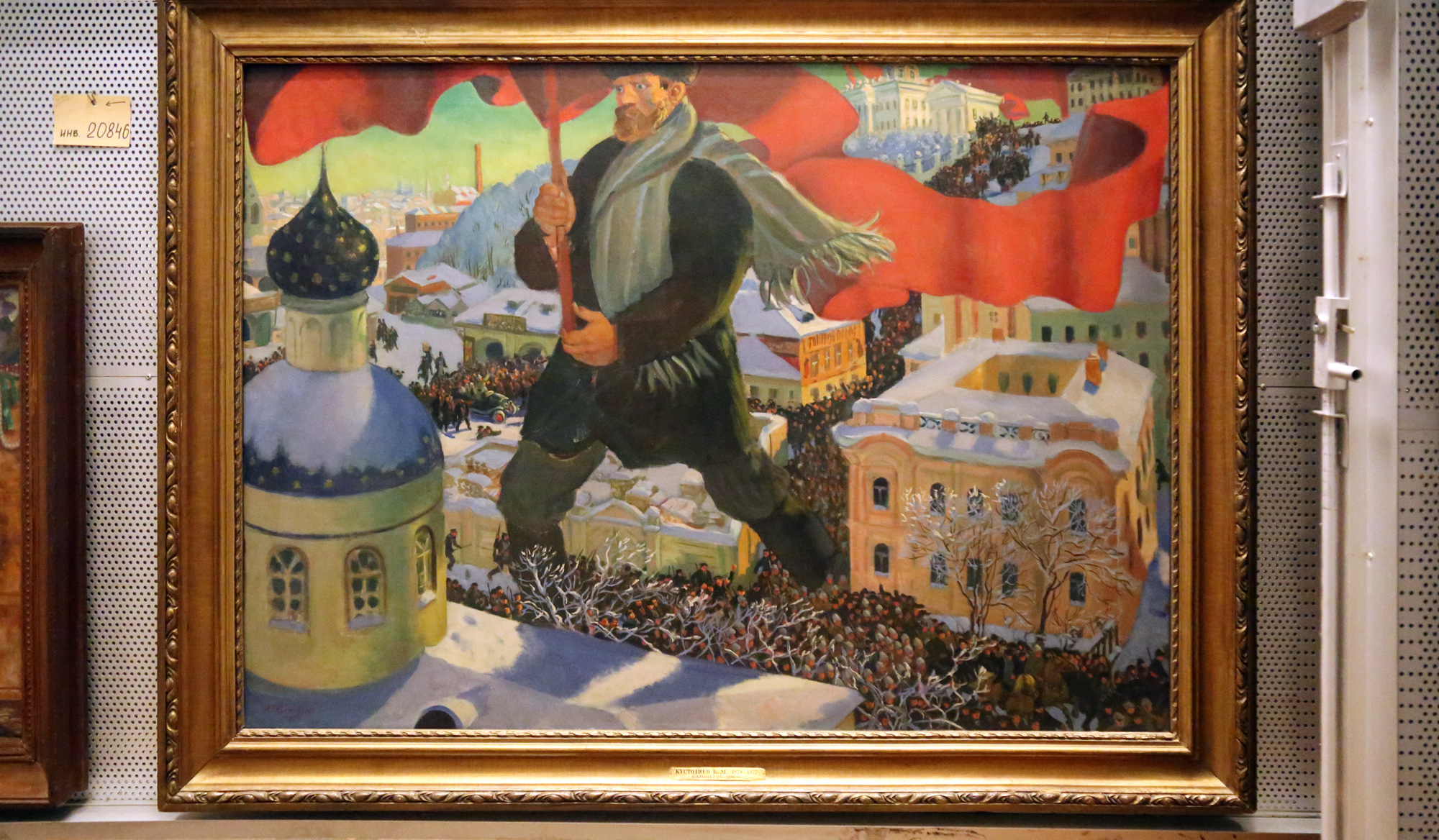 Churchill, on the death of Lenin, wrote of the Russian people: “Their worst misfortune was his birth, their next worst – his death’. The first part of that quote probably doesn’t hold up, but as far as Russia’s prominent abstract artists were concerned, the second part probably does. Stalin clearly was not a fan of abstract art, and his dictatorship reversed Lenin’s favouring of abstract art at the expense of the figurative; and so the era of Socialist Realism, characterised by work that was frequently technically proficient but inspired by nothing more than fear of the Georgian gangster in The Kremlin, began.

And the artists? Malevich was effectively blacklisted for the bourgeois tendencies of his work. Chagall escaped to Paris, Kandinsky to Germany. Kulatsis was shot on Stalin’s orders; Filonov starved to death in Leningrad in 1941; Stepanova outlived Stalin by five years.

Anyone with an interest in 20th century art should watch Revolution. It’s a compact, articulate presentation of the work of some of the most influential artists of the last one hundred years, and a poignant illustration of a clash between aesthetic and social utopianism on one hand and political cynicism on the other where there was only ever going to be one winner.

Revolution: New Art For A New World will be broadcast in the BBC’s upcoming Russian Revolution Season and will air on Monday 6th November 9pm on BBC4