Although they aren’t close, when Kay (Emily Mortimer) hears that her forgetful, aged mother Edna (Robyn Nevin) has gone missing, she drives to her house with her adult daughter Sam (Bella Heathcote) to investigate. Three days later, Edna turns up in a bloody nightgown, with no memory of where she’s been. Worried about her worsening lapses of memory, Kay and Sam decide to stay with her, to make sure she’s okay. After a further array of disturbing instances, it becomes very clear – she’s not.

The debut feature from Australian director Natalie Erika James, Relic belongs in a genre recently christened ‘elevated horror’, alongside films like Hereditary, Get Out and Midsommar. Putting aside all the justified annoyance at the condescension implicit in that term, essentially classification as an elevated horror means that Relic is about something. It isn’t blood and gore for blood and gore’s sake (not that there’s anything wrong with that!).

What Relic is about is dementia. The terrifying fact of Edna’s dementia – the exact diagnosis is never named, but its obvious what territory we’re in – underlines every single scene. That monstrous disease is this film’s monster. Sam and Kay are both shocked at what it’s done to Edna. Whilst we never learn much about what she was like before, the sense of loss at what she used to be is ever-present. You can feel it in Robyn Nevin’s mighty performance; the gradual ebbing of dignity from such an imperious woman seems a particular affront. 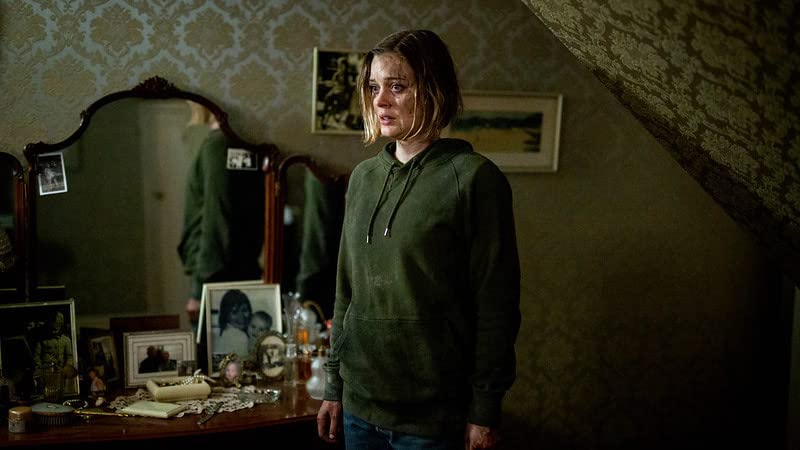 As is often part and parcel when it comes to elevated horror, Relic is slow going. The film moves at the pace of an ocean liner: stately and steady. Though James has no trouble sustaining the tension, she struggles to build it. The first hour is an endlessly repetitive cycle of bumps in the night, and the subsequent investigations into them by Kay and Sam; scary stuff, sure, but the effect is lessened every time it happens again. The movie is cloaked in a horribly unnerving fug of despair, and the promise that things are only going to get worse. Misery so thick and tangible you could choke on it. Yet the resolute lack of pace, and the unvaried nature of the scares – as well as a recurrent dream sequence with far too on-the-nose imagery – makes the first hour of Relic just a little bit boring.

Then the blazing final act hits, and all of a sudden the film lays full claim to its ghoulish and terribly sad central metaphor. In scenes of such gut-wrenching horror they have the power to instil paralysing claustrophobia in those who have never before been the slightest afflicted, James interrogates questions of familial duty and the burdens we inherit, and ends in a place with leaves the viewer shaken to their core. Sure, in an ideal world you wouldn’t have to sit through an hour of tedium before a movie gets good, but after watching Relic you’d be hard pushed to dispute that here, it really is worth the wait.