Afrooz (Baran Kasari) is the captain of Iran’s national women’s futsal (a variant of football) team. Largely due to her captaincy, the team have achieved a place in the final of the Asian Nations Cup in Malaysia, and Afrooz is excited for the match until she is stopped at the airport. Her estranged husband Yaser (Amir Jadidi), a popular television presenter, has refused her permission to leave the country. Thanks to this archaic Iranian rule, Afrooz must try and persuade him to allow her to play in the final. She has only days to make him change his mind.

In Iranian cinema, or at least the Iranian cinema that is distributed globally, the repressive laws imposed by the governmental regime are ever-present. Sometimes they are the undercurrent to a story, sometimes they are the whole story. In Permission, they are the whole story. Writer-director Soheil Beireghi uses a narrow but rigorous scope to explore oppression against Iranian women – it’s there in everything from the sexist attitudes of the (female) team supervisor (“What friendship between women has ever lasted?”), to the way the players have to cover almost every inch of themselves before they head out onto the pitch (“I don’t want to see your hair no matter what”). Achieving even the most basic of rights – freedom of movement – is an uphill battle for Iranian women.

As a polemic against the Iranian regime, it is unimpeachable. As a narrative movie… not so much. With the exception of a couple of bravura sequences – the car attack, the marital fistfight – for the most part Permission is frustratingly sluggish. There just isn’t any forward momentum; it spends most of the duration treading the same ground over and over. Afrooz and her allies make the same arguments, and they get the same retorts. Although this does a good job of expressing the hopelessness of the situation these women are facing, it can be tedious viewing, despite the fact the film is less than ninety minutes long. 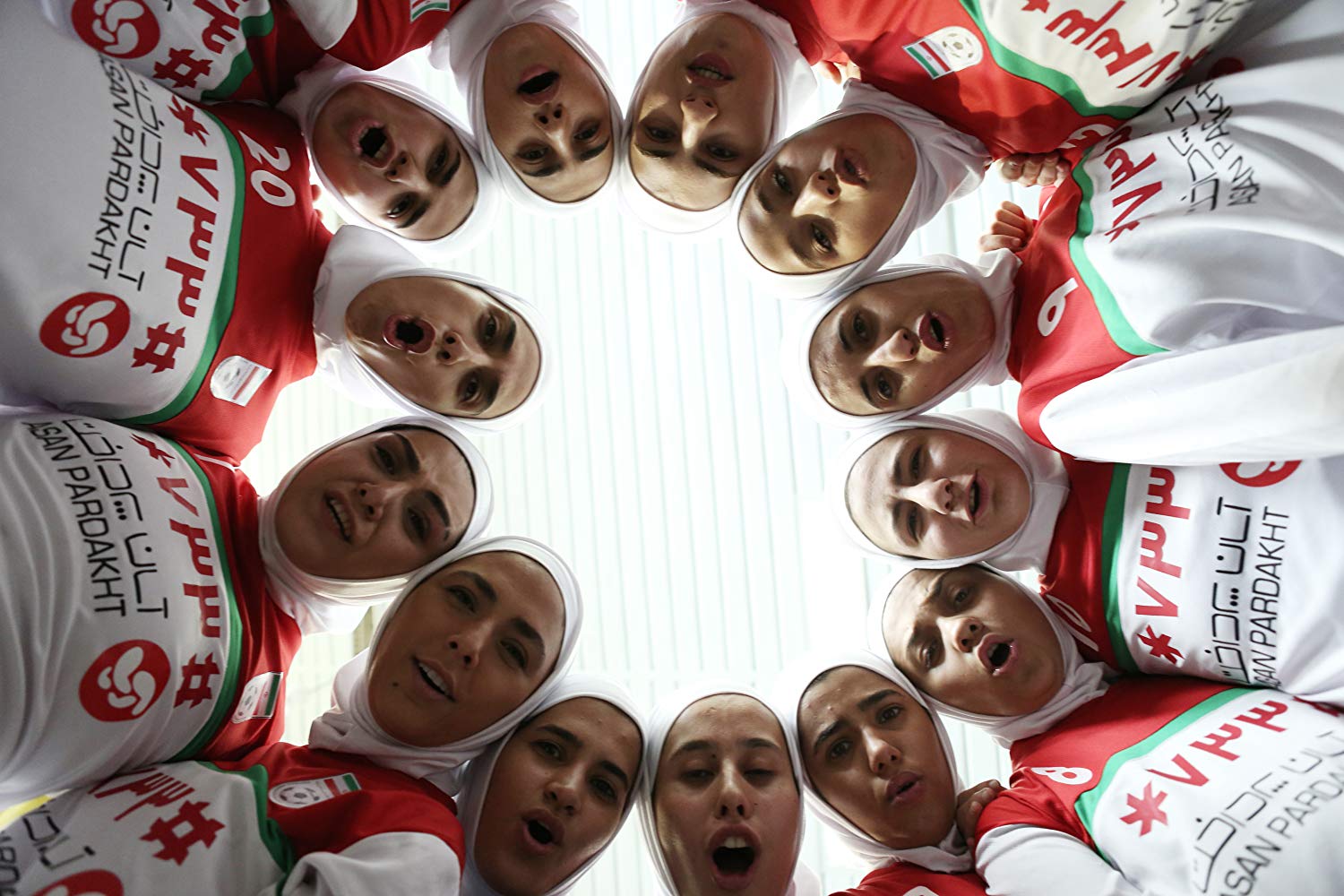 What goes a long way towards redeeming Permission from these constant circular arguments is the performance of Baran Kasari. She is magnetic in the leading role, fuelled by fury and frustration. Kasari is so forceful, it’s easy to see how Afrooz could have led her team to glory. No effort is made to soften her character; in her selfishness and stubbornness, she’s actually often quite unlikable. The nuance she exhibits in the scenes with Yaser, the way Afrooz tries to flatter and cajole him without losing her dignity, is particularly impressive. Whenever the film gets bogged down by repetition and lack of momentum, Kasari is always there to lift it out of the mire.

And of course, there’s a righteous anger to Beireghi’s movie that means that even when things get tedious, they are always propelled by honesty and a quest for justice. The screenplay could have done with a punch up, but there is no doubting the strength of feeling at Permission’s core.