Algiers, the late nineties. Papicha (Lyna Khoudri) is a fashion student who makes dresses and sells them out of the bathrooms of secret nightclubs. Why all the subterfuge? Algiers is in the midst of a civil war, and is in the process of being taken over by religious extremists. They are determined to make women cover themselves up – Papicha’s figure-hugging dresses are their nightmare. Yet despite the mounting danger, she is determined to carry on doing what she does best.

One of the many things that Papicha – the debut narrative film from writer/director Mounia Meddour – does so well is portray the slow creep of religious fanaticism. From the beginning, we know that Algiers is in a bad way; news broadcasts on the radio and TV are a steady drumbeat of death counts from various terrorist attacks. Papicha is haunted by posters advertising the merits of the hijab that have started appearing on every wall in the city. She keeps tearing them down, but they keep multiplying. The first time the terror directly intrudes in her life is when one of her professors is wrestled from the classroom mid-lecture, with a bag over his head, by a formidable group of tiny women in long black hijabs. It’s a horrifying moment – those women will appear again and again, each time more frightening than before – and worse is yet to come. The pinpoint-precise manner in which Meddour modulates that creeping dread is masterfully played. 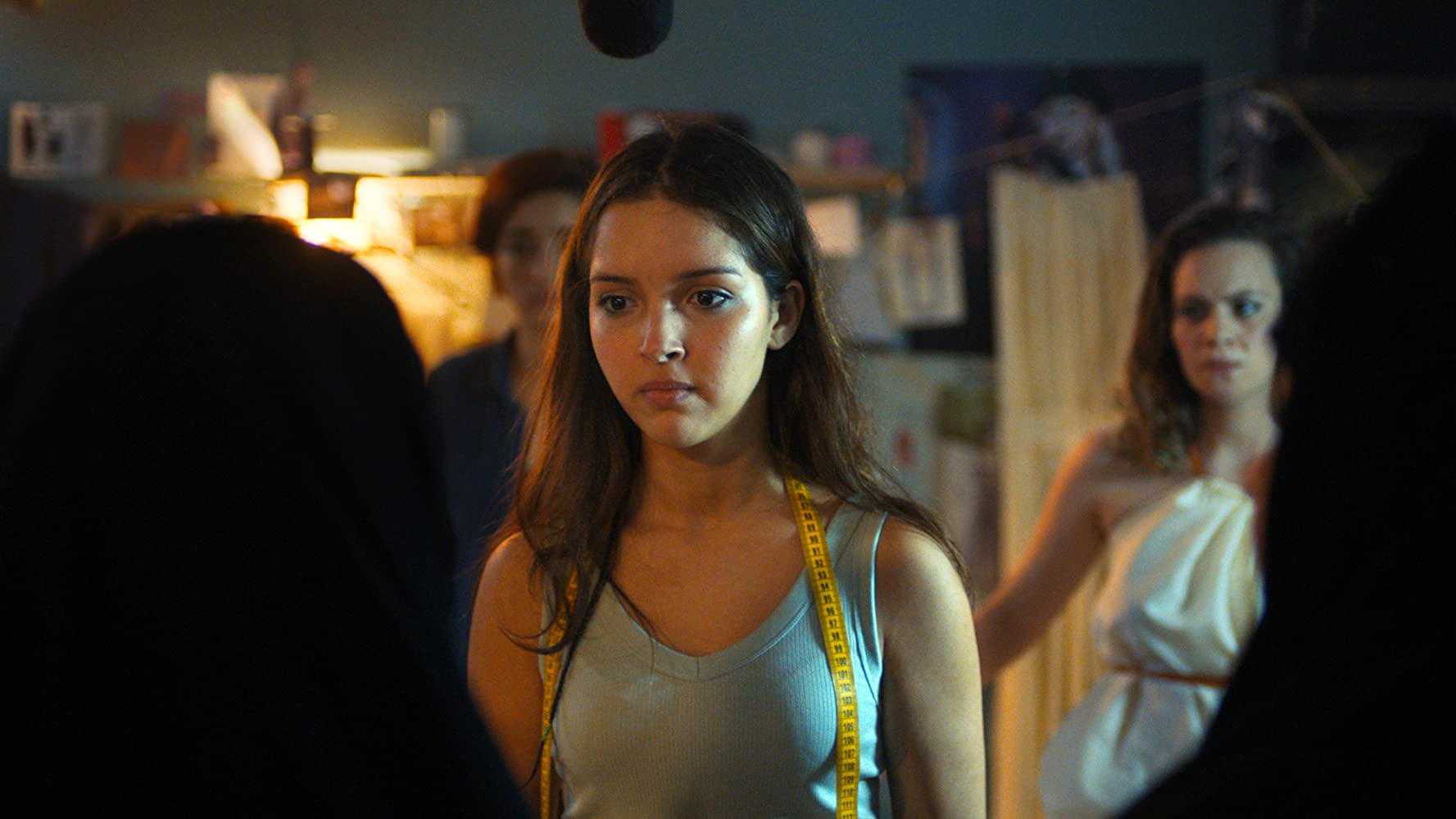 Papicha gets much of its immense power from Lyna Khoudri’s electrifying central performance. She is indomitable. Though Meddour gives her plenty of quieter moments – the scenes where she’s hanging out with best friend Wassila (Shirine Boutella) are natural and fun – in the more emotionally fraught sequences, she makes you feel every inch of her fury and devastation. The force of her acting is so viscerally moving it could throw a person clear across the room. It’s a star-making turn if ever there was one (and with a role in Wes Anderson’s The French Dispatch on the horizon, it looks like her star is deservedly on the rise).

Although Khoudri is the MVP here, there isn’t a weak link amongst the rest of the cast. Papicha is full of horror and misery, but at its centre are a group of amazing, inspiring women. Meddour dedicates as much time to exploring their lives, and the relationships they have with each other, as she does focussing on the nightmare that surrounds them. Their society is trying to crush their spirits and their individuality: they won’t let it. Meddour is never trite in the way that she portrays her young heroines – this isn’t a ‘Yasss Queen’ type of film – but it’s surely impossible to watch Papicha without being moved by their resilience.

After a climactic tragedy, Papicha ends on a beautiful note of hope: It’s hard-won and fragile, and still stronger than any of us could dare imagine. A fitting way to conclude a movie you won’t be forgetting in a hurry.