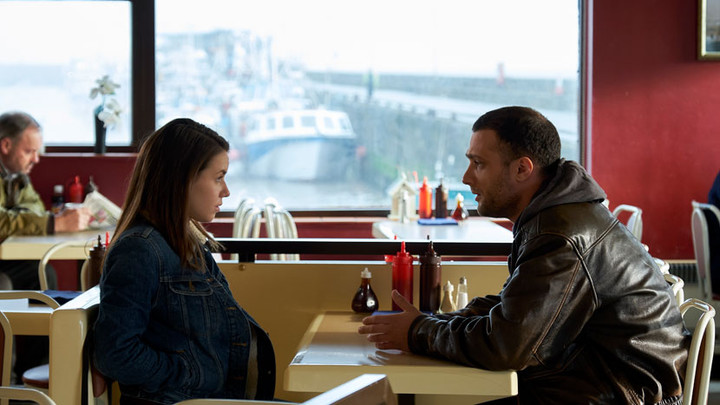 Pete (Cosmo Jarvis) and Laurie (Lauren Coe) are kindred spirits. Neither have any friends, both are unhappy, both want to leave their boring seaside town. When they find one another they’re immediately drawn together, each offering the other a source of comfort in their lonely lives.

Unfortunately, however, Pete has a secret. One that he’s desperate to hide from Laurie. Because when she finds out, it will change everything.

Whether or not you buy Nocturnal will depend on whether you believe that Pete would keep his secret from Laurie for as long as he does. For his character, it makes sense. We are introduced to him as a commitment-phobe, unwilling to make any kind of promise to his long-term girlfriend about where their relationship is going. Revealing the truth to Laurie would embroil him in the biggest commitment that a person could make. Pete wanting to keep their relationship light and free of any sort of burden fits with what we are told about him. 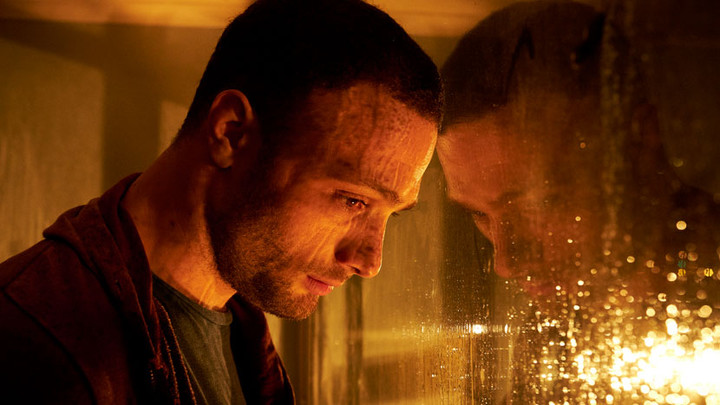 And yet as the film progresses, it becomes harder to understand why Pete refuses to spill his secret, especially as Laurie makes it increasingly clear that she is interested in him as a romantic prospect. As she flirts with him, touches him, makes it plain that – given the opportunity – she would be happy to sleep with him, it is more and more uncomfortable that he won’t just go ahead and say what he’s been hiding from her.

But that discomfort is kind of the point. Nocturnal’s greatest strength lies in the willingness to skirt right up to the bounds of propriety; sometimes venturing to stick a toe over to the other side. Although the nature of the relationship between Pete and Laurie is quite easy to guess, it keeps shifting and evolving. That they are a certain thing to each other doesn’t stop them feeling opposing ways. Writer-director Nathalie Biancheri – who co-wrote the screenplay with Olivia Waring – is brave to be honest about the myriad of complicated, conflicting emotions that Pete and Laurie’s situation would dreg up.

Accentuating this moral murkiness is the film’s fittingly nocturnal milieu. As you might expect, most of the scenes take place at night, as our odd couple walk around their unnamed sleepy seaside town. Whilst there are other people in the cast – including Sadie Frost as Laurie’s mum – none of them have much of an impact on the story; for all intents and purposes, this is a two-hander. Pete and Laurie against the world. And as the two wander around the empty streets, it often seems like they could be the only two people in the world. Biancheri and cinematographer Michal Dymek give the anonymous town a lovely, atmospheric glow. What would have been a drab factory during the day becomes at night something close to magical, with gentle puffs of smoke illuminated by fluorescent amber lights. It’s a beautiful backdrop for the messiness of the main story to play out.

Dwelling in ambiguous emotional territory and unafraid to confront some complex taboos, Nocturnal is an impressive debut from Nathalie Biancheri.