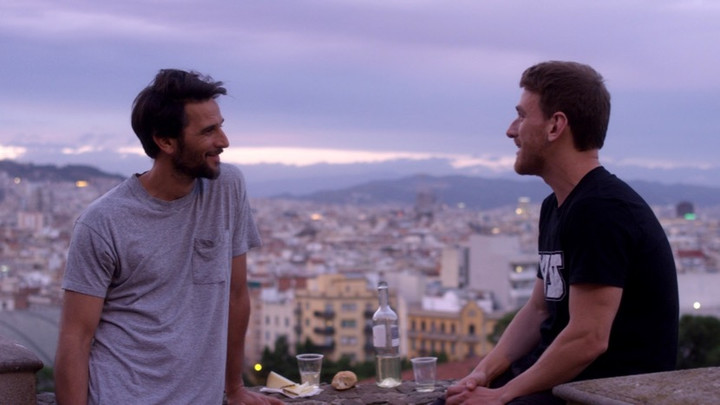 When we first meet Ocho (Juan Barberini) and Javi (Ramon Pujol), it’s as they hook up in Barcelona. Ocho is a poet on holiday from New York. Javi is a director of kid’s TV shows in Berlin. They chat, have sex, and go their separate ways.

When we meet them again, Javi is dating Ocho’s friend Sonya (Mia Maestro). Javi and Ocho don’t recognize each other, but they instantly connect. They spend the day wandering around Barcelona together, visiting museums. They end up hooking up.

As Ocho and Javi meet and meet again, it’s never quite clear at what point in their lives they are at, or even if it is happening in the same universe. They don’t visibly age, and yet these events happen over twenty years. We are pulled this way and that, forwards and backwards, following a love story that spans all of space and time.

Despite the huge, cosmic implications of Ocho and Javi’s love affair, End Of The Century remains a determinedly intimate film. The ideas are massive, but the scope is small; this is the tale of a relationship. There is only one other character, and she just acts to serve as another link between Ocho and Javi. This is their story. 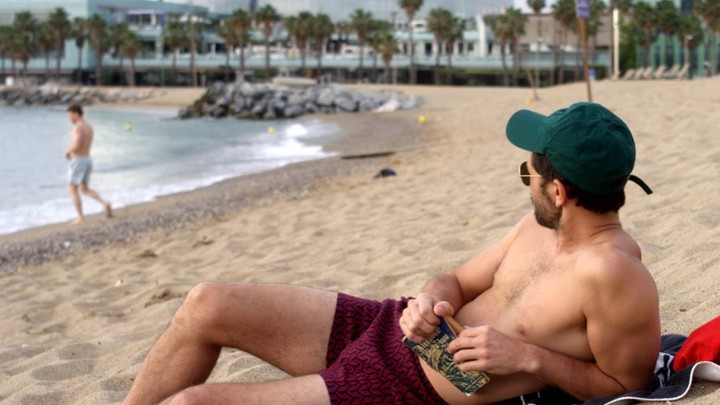 And it’s a story told largely through conversation. There are a couple of rather explicit sex scenes, but, for the most part, we get to know the two men through listening to them talk. There’s a definite touch of the Before trilogy to the way that Ocho and Javi wander round a very picturesque Barcelona, falling in love as they discuss everything under the sun. Then of course, there’s the added element of noting what about them changes across the timelines. Javi doesn’t want kids, and then he has a daughter with whom he’s besotted. Ocho is a business administrator, and then he’s a poet. Writer-director Lucio Castro has no intention of clarifying what is happening when, and his movie is all the better for that sense of mystery.

Castro guides End Of The Century with a confident hand. At the opening, we follow Ocho through a day spent alone in Barcelona, and there is no dialogue at all for twelve minutes. A ballsy way to begin your first feature. There’s a lot going on with the story, but Castro never gets lost in his complicated plot. He doesn’t waffle. He always seems to know just what he’s doing, and is as surefooted in the straightforward conversational scenes as he is when dealing with the ambiguous existential stuff. It’s a mightily accomplished debut, one that makes you eager to see what he’ll do next.

End Of The Century is a puzzle, but you don’t need to solve it in order to enjoy it. This isn’t a film like Mulholland Drive or Memento; going overboard trying to figure out what is happening when is beside the point. Ocho and Javi are two men who are drawn together across universes. The specifics don’t matter. There is poetry in the not knowing.