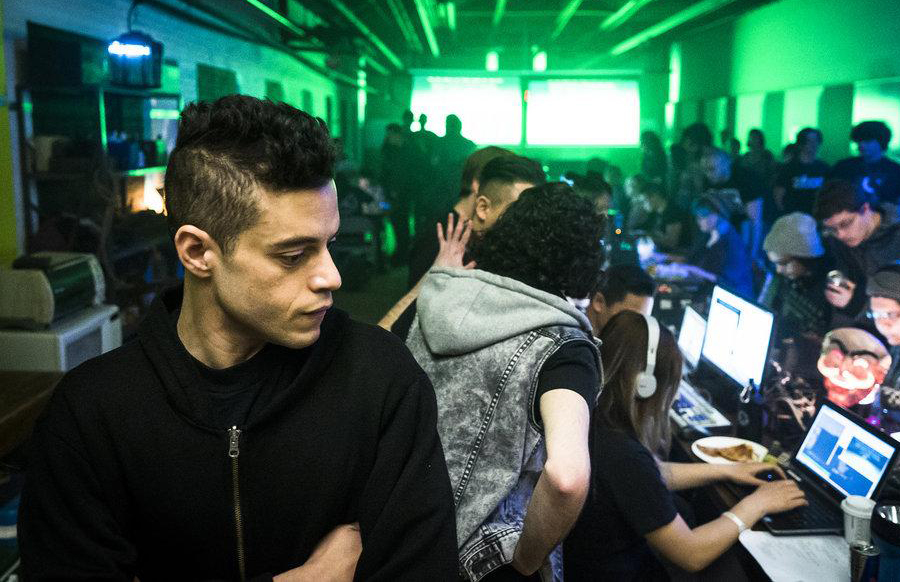 If season 1 of Mr Robot was about making the 5/9 hack a reality, and season 2 was about seeing the plan through to the end, then season 3, ultimately, has been about a total reset. Except no-one involved had the same reset in mind. But then the show has always been brilliant at examining multiple perspectives on a single choice.

As the season began, Whiterose – increasingly dominant as the show has progressed, and with BD Wong promoted to series regular for this season – had grand plans for the world, judging by the size of the machine glimpsed at the end of the first episode of the season. Perhaps it was a quantum supercomputer to dwarf all other cryptocurrency mining in a world of E-Coin, or more simplistically, to control the world through its unrivalled processing power. Perhaps it was a particle accelerator that could quite literally change the world, be it through time travel in either direction, or through the emergence of parallel universes to the same visible impact. Who knew.

Angela meanwhile, had bought into these overtures with extreme specificity as to its impact on her: whatever Whiterose was going to do, it was going to bring back her long-dead mother, and all those killed because of 5/9 and what came next. It’s hard to make brief mention of the music the show chooses without dedicating an entire article to the music supervision of the show, and the layered impact it has on scenes – from the references and hints embedded in lyrics, artists, song titles and so on, to the basic fit of the melodies with what’s happening on screen. But the use of Daft Punk’s ‘Touch’, as Angela spoke with such conviction of her belief in the plan, and then as the lights began to come back on as though a sign from above, was just perfect. The lyrics affirmed her belief – “If love is the answer you’ll hold on.” – just as they questioned them – “Touch, sweet touch, you’ve given me too much to feel, sweet touch, you’ve almost convinced me I’m real. I need something more.” It was a superb song on an equally superb album, and it fit so well here. 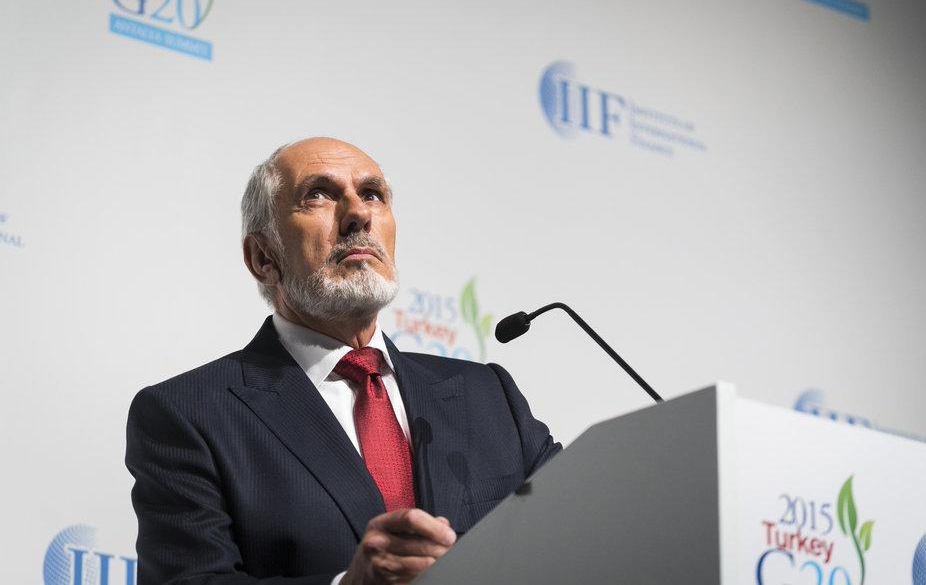 Over at E-Corp itself, Phillip Price found his world slowly becoming less and less his, as Whiterose strengthened her grip. Darlene, fresh from the global trauma of 5/9 and the spectacular backfire of its consequences, and from the personal trauma of losing Cisco, had reset her allegiances, now acting as a confidential informant to the FBI. Tyrell was revelling in his power as a ‘God’ to reset everything as he saw fit. And at the FBI, Dom was slowly seeing her law-and-order worldview crumble, as she tried to see the bigger picture in all that had happened so far.

Whiterose might get her way – or, given the transition of the plant to the Congo is underway, she already has – but in the end, only one reset happened: Elliot’s. He started the season planning to undo 5/9 by decrypting and re-establishing E-Corp’s debt ledger, to try to put things back to the way they were ‘before’. Not a reset of time or reality, so much as a reset of perspective. Elliot spent the season struggling towards this goal, and in the final moments of the season, he seemed to achieve it, as he sent the decryption keys to E-Corp. And so it was that Elliot, and Mr Robot, learned to stop worrying and love the capitalist economy.

It says a lot about the direction the show has gone in that such a development can ever occur, that things could get so dire that Elliot could decide – whether the viewer agrees is another matter – that reversing 5/9 was the only beneficial course of action. He said in the final episode that he was really doing it for himself, so that he was at ease with what he’s done, but for that to be true, for this course of action to have that emotional impact, he has to believe that what he’s doing will have the right impact.

Yet if that sounds cynical – it does, and it is, and the show is in superb form because of it – it’s an ice cream walk in the park on a sunny day in comparison to the route the season took getting there. There’s often a question with heavily serialised narrative television of the trade-off between getting to a certain point, and how you get to that point. In this case, it’s the question of whether Elliot’s moment of compellingly ‘capitalist realist’ – in the words of the late cultural theorist Mark Fisher – Stockholm Syndrome towards E-Corp and the imbalanced global economy, was worth the unrelenting distress of the season. Was it too much to make the end result worth it? 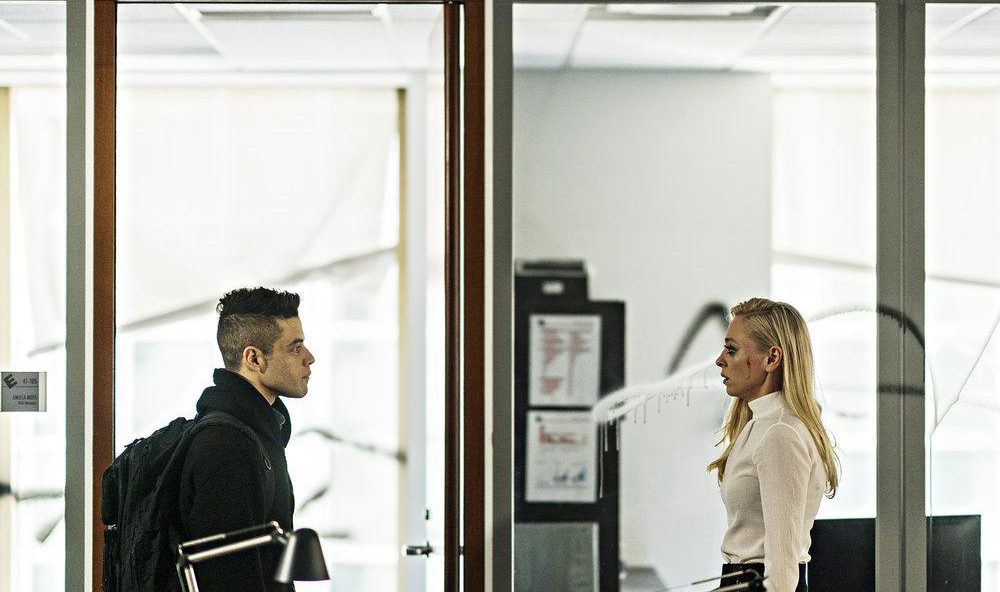 From a personal perspective, it did its job of annihilating any kind of optimism and belief in the ‘greater good’ prevailing superbly. This plays further into that unavoidable doublethink; as Fisher notes in Capitalist Realism, the book: “We believe that money is only a meaningless token of no intrinsic worth, yet we act as if it has holy value.” Indeed, if you’re looking for background reading on the show, there are few better places to look than with Fisher’s text and its comprehensive examination of the relationship between capital, capitalism, consumer and culture.

But my perspective on the potential excess of dark plotlines is perhaps not the most objective one, or more accurately, not one that reflects the general consensus on what constitutes ‘peak dark TV’. After all, I was in the minority who enjoyed season 1 of The Leftovers as much as seasons 2 and 3. For some out there, it might well have been too much. Trenton and Mobley finally found their way back onto the screen – after the teaser with Leon finding them in hiding at the end of season 2 – for them to be murdered, for their suicides to be framed, and for them to be set up as patsies, Iranian terrorists behind fsociety and all that has happened. Or episode 6, ‘Kill Process’. Elliot preventing Tyrell, Mr Robot and the Dark Army from blowing up Steel Mountain – the single facility where all of E-Corp’s paper back-ups were being consolidated – by rerouting those records to 71 separate facilities across the country. This, though, only led to the Dark Army blowing up all 71, Elliot’s actions effectively upscaling the very terrorism he was striving to prevent from happening.

The way we found out might have stretched a few viewers to their limits, as we see Elliot walk away relieved, the suspiciously happy music matching him, as Price and Whiterose receive news. And then Elliot sees the faces of those he walks by, all glued in terror to their phones and televisions, and asks: “Does everybody know something I don’t?” And then we see. As I’ve said, my viewing experience values this moments and their execution as the highlights of a show on top form, but they’re not for everyone. And unlike The Leftovers, where the processing of grief and trauma is the driving force of the show, the reason for its existence, really, on Mr Robot, that trauma and despair is only a part of the bigger picture of how Elliot copes with the consequences of his actions, what those consequences are, and what happens next. 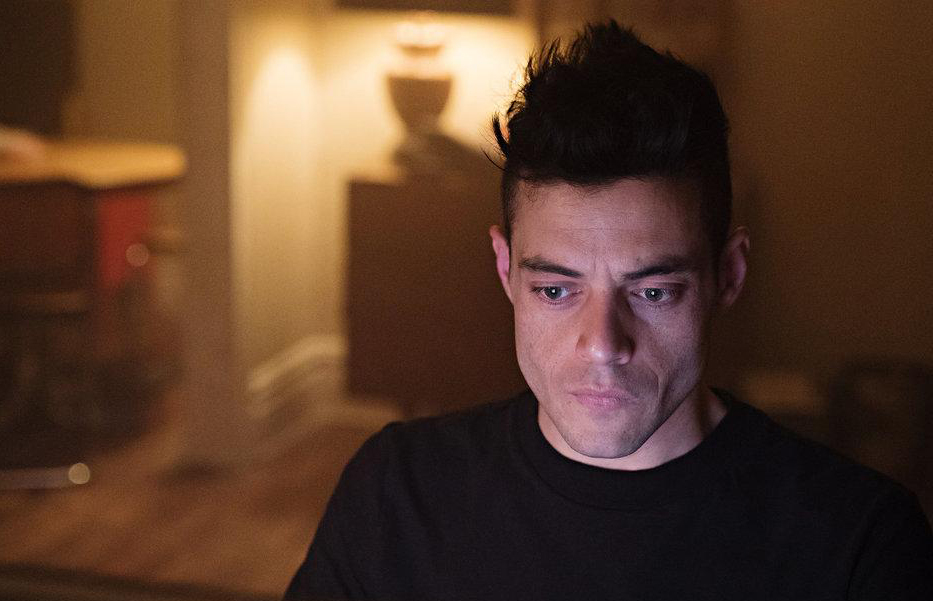 So what does happen next? The reset, obviously. The return, in one way or another, to how things were at the very start of the show. Indeed, the post-credits teaser for this season’s finale seemed to wink and nod at this, with Vera – Shayla’s killer, and the most eccentric of drug dealers – back in the picture after being absent since season 1. But beyond small wink-and-nod character returns, things can’t go back, and Sam Esmail is well aware of this in how he writes and directs the show, not least because for all of Elliot’s ‘success’ in the reversal, it was still enabled by Whiterose’s indifference towards it now her plans have prospered. Those plans might not turn out to be quite so sci-fi as the show had pretended – the Back to the Future-centric episode, and Angela’s delusions taking centre stage seemed to reinforce that – or maybe they will. But either way, Elliot’s plan to “take down the 1% of the 1%” are unlikely to be smooth sailing, nor should they be, unless the show really has somehow run out of ideas. But as with any mid-run reset, where everything leads to one moment that isn’t the final episode of the show, the exact nature of what comes next is hard to pinpoint. But it’s precisely that uncertainty, coupled with Mr Robot’s invariably zany and timely narrative, that brims with potential.

Away from the plotting, there isn’t so much to say, because Mr Robot tends to be one of those shows that excels in such a way that you can just focus on the plot. Not in the sense that the mise-en-scene, acting and such can’t be looked at in their own right, but that every piece does the perfect job, and often, that job is to leave the possibilities wide open, rather than to close them down. The exception to this rule of synchronicity over separation, one could argue, comes in the slightly-gimmicky fifth-episode, a bravado ‘single-take’ hour – in appearance, that is, rather than execution – that followed character after character in and out of the E-Corp HQ as it descended into chaos. Was it quite necessary? Well, is a long-take scene ever necessary? Probably not. But as with Touch of Evil, Children of Men and the fourth episode of True Detective, it’s a fantastic tool when utilised properly. And here, it certainly was, gluing our focus to particular characters and obscuring the others from view. The brilliance of this was best seen towards the end, as Angela escapes disguised as a rioter – complete with franchised fsociety mask – while in the background of the shot, Elliot sprints past in the blink of an eye to reverse the damage she sought to cause.

I’m rarely in the business of caring much about my star ratings, and it’s even more rare that I factor other perspectives beyond my own into that rating. Yet it feels difficult to give Season 3 of Mr Robot the five stars that best reflect my experience – as with the equally strong first and second seasons – because that experience, as above, is likely to be far from universal when it comes to the middle of the season. And perhaps that does count against the show. But who can truly say?