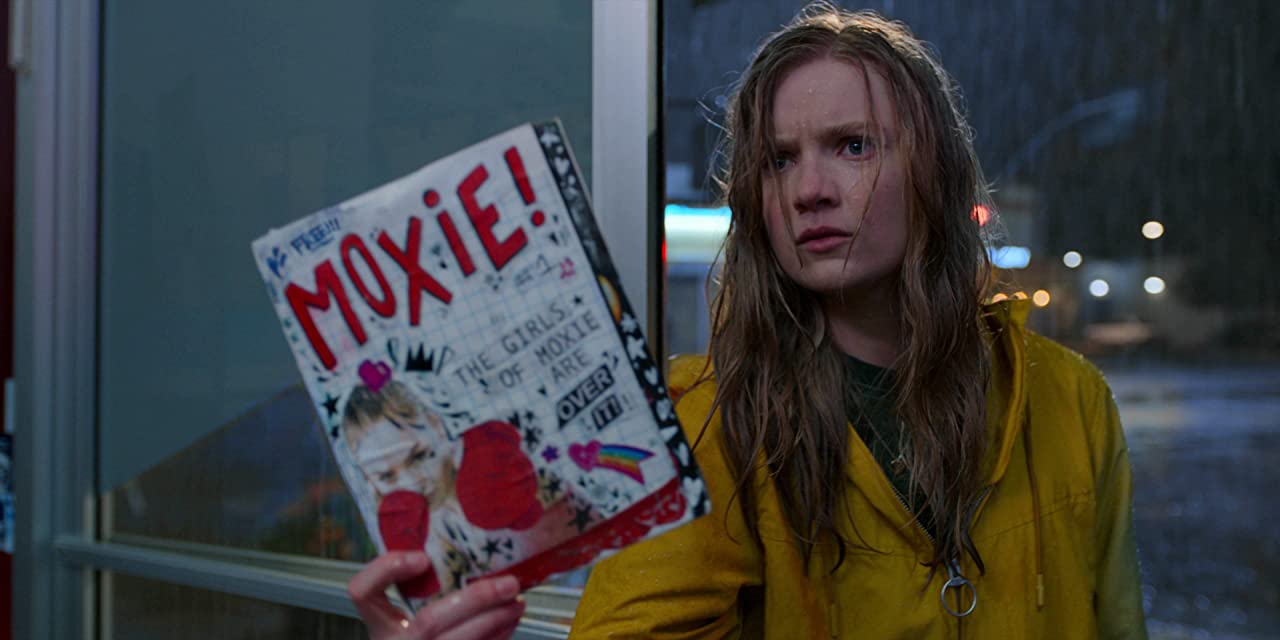 Based on Jennifer Mathieu’s 2015 YA novel, Moxie is brought to life on Netflix, directed by Parks and Recreation and SNL’s Amy Poehler. Settling in with an expectation of being entertained and empowered, I was disappointed with a not altogether satisfying watch. The fact that a mainstream teen comedy is portraying sexual harassment, female suppression and rape is, of course, incredibly important and vital. However, Poehler and screenwriters Tamara Chestna and Dylan Meyer miss the mark with elements of the plot and representation of these urgent themes.

We follow unlikely rebel Vivian (Hadley Robinson) – a shy 16-year-old who, after going through her mum’s riot grrrl zines from the ‘90s, is influenced to create her own anonymous zine by the name of ‘Moxie’, fuelled by anger at her high school’s systemic sexism. One element that was satisfying to see was the turning of high school comedy tropes on their heads. The classic, tired theme of teenage girls being pitted against each other based on their sexual viability – depicted by a social media list from the sickening male football team, branding girls with ‘most bang-able’ and ‘best rack’ – is debunked by Vivian, as she comes to the realisation that this is ‘really messed up’ and wonders ‘why have we all accepted it’. Sadly, the link between Vivian’s rummage through her mum’s ‘90s memorabilia and her sudden realisation of the sexism around her seems tenuous and not well thought through, with barely any character development for her or her mum (Poehler), their relationship slightly forced and broad-stroked.

As the film moves on, Vivian becomes closer to the outspoken, feminist new girl in school, Lucy (a shining Alycia Pascual-Pena) – who is harassed by misogynist and ‘dangerous’ football captain Mitchell (Patrick Schwarzenegger) – and the ‘Moxie’ zine sparks a school-wide movement. Many storylines and themes were refreshing to see on the Hollywood screen; teenage girls empowering each other and rising up against the patriarchy, a sweet (devoid of male gaze) lesbian kiss, and a commendable sea of diversity. However, as a film with all the ingredients and branding of a high school comedy, Moxie simply did not deliver. The ‘funny’ lines come out as clunky and awkward, making the film seem over-earnest, slipping between trying to be a gritty tale about the realities of schoolyard sexism, and a light-hearted coming-of-age story with SNL-type gags. The screenplay seemed afraid to make fun of itself, and be witty and clever, the look akin to Mean Girls, but without the punchy dialogue. 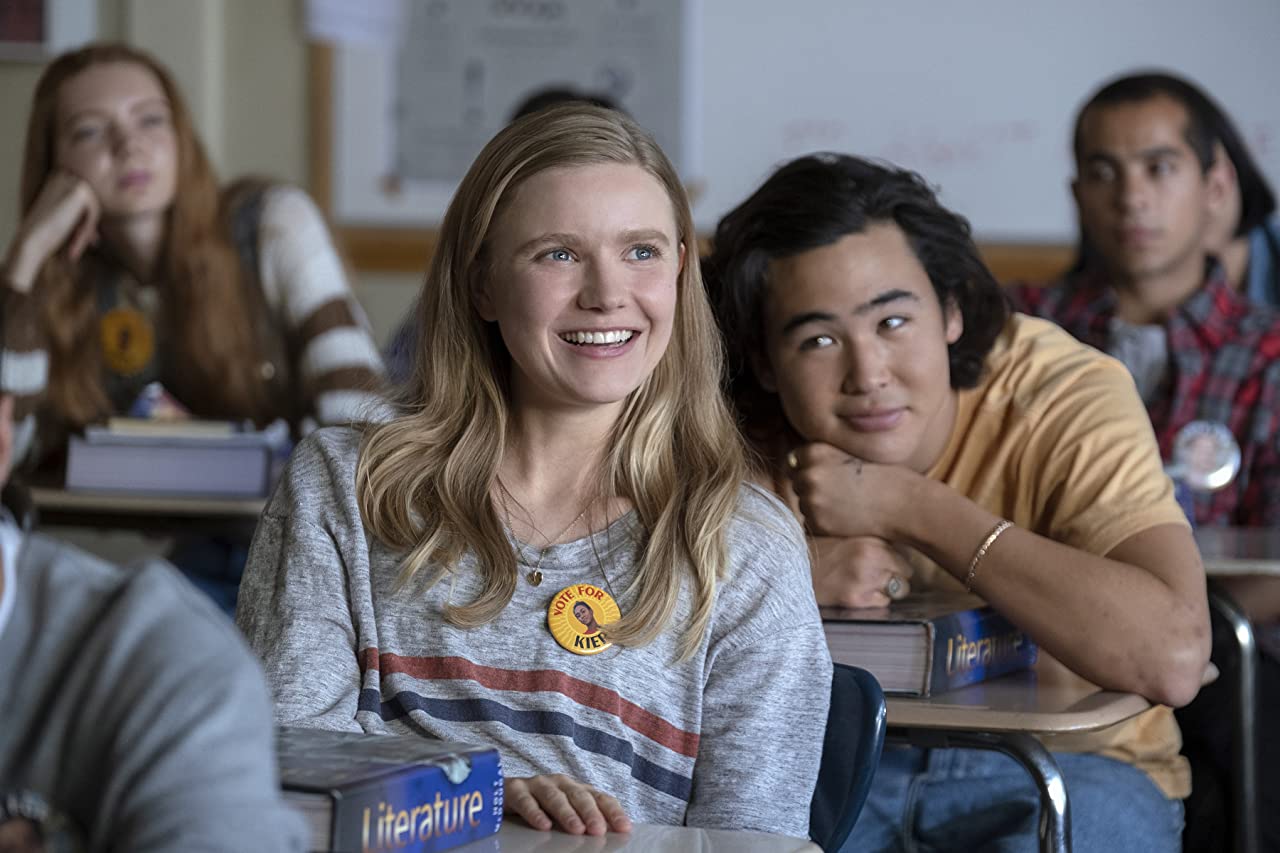 Overall, Moxie lacks specificity, covering a whole range of sexist instances and never fully honing in on one particular issue. Indeed, when the subject of rape is brought up surprisingly late in the story, it is dealt with far too lightly and not given the time, space, attention and gravity it deserves. Instead, it is awkwardly shoe-horned into the film in a rush, to act as a plot device and attempt to raise the stakes, which feels insincere and disrespectful to real-life victims. When compared to Netflix’s teen series Sex Education, Moxie falls short of the potential nuanced, authentic and sensitive portrayal of trauma following sexual assault and the rage-fuelled female empowerment that Sex Education delivers so well.

In a dissatisfying denouement, we focus on Vivian’s coming-of-age resolutions, rather than seeing any sort of concrete change happen in her sexist, outdated school, with Mitchell never fully shown to face the hard consequences of his actions.

Despite its downfalls, I can only hope that Moxie sparks conversation, debate and empowerment amongst young women; and I wish for a tidal wave of films and TV shows continuing to portray these vital issues on screen.